After taking a shower I got dressed and went downstairs. “James, I have to try something… I want to turn to my former maleself for a couple of hours… you don’t mind… don’t you?” I don’t know why, but I felt the need for his approval. “I knew it wouldn’t last long anyways. So anything you want” he said and then kissed me. I felt even more attracted to him, but anyways, I concentrated, and in no time I was back to being a man.

“So, how do you feel?” he asked me. “Weird, I know I used to be this” I said while pointing at my body, “but I just don’t feel like me anymore. I liked being Amy. Plus, I kind of like you”. “But there is another Amy, you can’t always be her” he told me. He was right, but I just didn’t want to be a man anymore. “I have an idea” he said while searching for something on his phone. “Maybe you can turn to her” he told me. “Who is that?” I asked. “I dunno, I guess Gisele something, but the truth is I don’t know” he said.

I was about to concentrate, when he stopped me, “no, wait, what are you doing. Allow me, would you kindly transform into this girl”, I then without any concentration transformed into her. I had long blonde hair, a big pair of boobs, big round ass. “Wow I am hawt!” I said with a funny accent. “Are you ok?” he asked. “Never better love, I feel so good, so sexy”. I paused for a second while inspecting my own breasts, “oh wow! they are huge! somehow I feel different. I think I don’t feel as attracted to you as before, don’t get me wrong, I do want to sleep with you. But I am just a free spirit, I want to sleep with anyone I can, either man or woman, or both at the same time. I don’t care. Hey I just remembered you have a pool. We should go out there and do some skinny dipping. I’ll let you touch these” I said while ripping off my top. “Come” I said while grabbing his arm, and pulling him downstairs. I don’t know why, I just couldn’t stop talking. “So, the other day we had sex in your living room, maybe we should have sex in your pool. Don’t you think honey?”. James didn’t even say a word, not like he didn’t want to, I just didn’t give him a chance, “you are a quiet one, aren’t you? I like that.” I was already inside the pool, I was posing sexily for him.

He jumped in, and immidiately kissed me, that shut me up. We had sex right there. Several times. Although I felt more sexy, this time, I didn’t feel satisfied. So later that night, after James had fallen asleep, I decided to sneak out. “Maybe I can find a real man at the bar” I thought, while I concentrated and shape shifted into sexier clothes. 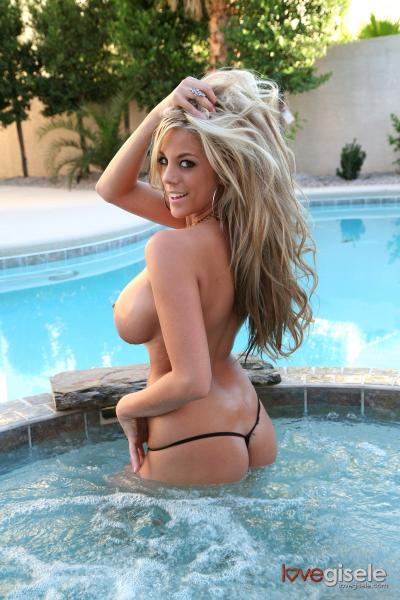