Nathan and Tina, boyfriend and girlfriend, had already played around a bit with the Ultimate App, a phone application that will let you change anything about you, ranging from the size of your foot to your preferred choice of candy.
It had been harmless fun and Nathan began to realise what power he wielded in that little phone.

It had been on Nathan´s phone the pop-up asking if he wanted to install the Ultimate App had appeared, so it was naturally that he was the one dabbling the most with it and the settings.
One thing led to another and he began designing his own fantasy body, along with other things.

“What are you doing?”, a curious Tina asked when she slumped next him in the couch. “You have been messing with that thing all day”.
“Oh. I`m just using the app to improve myself”, he said, still keeping his eyes on the phone and the app.
“Show me!”, Tina chirped.
He sighed at first then he turned the phone, facing her, so she could have a look.
“Wow! You look buff! Gimme!” Tina snatched the phone from his hand so she could look closer.
“You look absolutely yummy. Broad shoulders, a six pack, really buff and cosmetic changes on your face”
“Give it back!”, Nathan demanded, seemingly nervous, and tried to snatch it back.

Tina, despite that she was slightly pudgy was quite dexterior and easily evaded his attempt to take the phone from her. She shot up from the couch and was standing up now.
“What´s this on recently saved profiles? “Sexier Tina”?! What the fuck Nathan?! I didn´t allow you to change me!”
“Babe. I can explain”, he stammered.
“I barely look like myself. And mind changes?!”, she shrieked.
Sensing that he had lost the argument he darted up from the couch so he could wrestle back his phone but Tina was faster than him. She was already on her way into the bathroom where she locked the door behind herself.

Nathan hammered on the door whilst Tina browsed through the list of changes he had set up for her. So she wasn´t good enough for him?
She was seething with anger.

Tina brought up the settings Nathan wanted to do to his own body and exchanged the target to herself instead. Her body morphed and became bigger, muscular and male. She looked at herself in the mirror and felt the rough stubble on her chin. This was definately something else from her usual soft skin.
Her face looked very much like an idealized version of Nathan but that had to do for the moment.
She flexed her arms in the mirror and was amazed on how strong she suddenly felt. It was like she could pick up an anvil and carry it around like a baby.
In the mean time the hammerings by Nathans fists on the door hadn´t subsided. He was desperate to get back his phone.

It happened just as fist would hit the door. The thud was not as loud as before.
Where Tina´s boyfriend had been standing there was a girl instead, confused on what just had happened.
In her memories she was still Nathan but her exterior and new mentality she was someone else.
She felt the chill all over her soft skin, the only thing she was wearing was a black lace bodysuit that hugged her shapely curves and flat groin intimately.
The world had become bigger around her and she felt vulnerable to it.
She nervously played with her long hair and bit her lower lip. What would happen now?

The answer became clear when the door to the bathroom opened.
To her he man standing in the doorway was an adoinis personified. Her heart beat harder when seeing his male physique. She felt connected to him.

Tina watched the caricature of herself staring at her. She almost felt remorse when seeing Nathan´s pleading eyes before remembering that the girl in front of her wasn´t sorry for what she had done earlier. No, she was programmed to latch herself on to the first man she saw.
Tina grinned. _She_ was the first man Nathan saw.

Nathan still felt weak and vulnerable. But her protector stood in front of her. Tenatively, not to anger the man, she moved up close to him and let herself be embraced by him.
With his arms around her Nathan finally felt safe. She smiled out of relief and happiness.

It seemed prudent putting her arms around Nathan when she literally pressed her slender body up against her muscular chest.
The woman in her arms seemed content and satisfied being hugged by her. “So this was what Nathan had planned for her”, Tina thought angrily.

“Don´t leave me”, Nathan whispered when she noticed that the man was releasing his grip on her.
“Come”, he beckoned her.
It felt just right to follow and so she did.

Tina ushered Nathan into the bedroom and demanded that she would sit in the bed.
As she undressed Tina said to Nathan: “I think you know why I will do this to you Nathan. It is as a punishment for trying to change me into something I doesn´t want to be”
Nathan blinked a couple of times. “Have I been a bad girl?”, she said with a weak voice.
Tina glared at her. “Yes. Yes you have”.
“Bad girls needs punishment”. Nathans demeanor changed drastically from being wildly insecure to become alluring instead. “And I need you to punish me”, she added with a sly smile.
Tina´s cock twitched.

Both of them laid spent in the messed up bed and panted.
Tina was on her back and Nathan had curled up close next to her with Tina´s arm around her.
“Wow”, Tina said with contention.
“Am I forgiven now?”
“You bet your sweet ass you are. That was amazing!”, Tina was still catching her breath.
Satisfied with the answer Nathan pressed her body up against her man even harder.

In the bed with the female Nathan wrapped around her Tina began thinking. This situation wasn´t that bad really. She liked being the strong one, and with Nathan acting like she did.
There would be a couple of tweaks here and there, mostly on her self so her mind could get up on par with the male body she was wearing but all in all….
….he liked it. 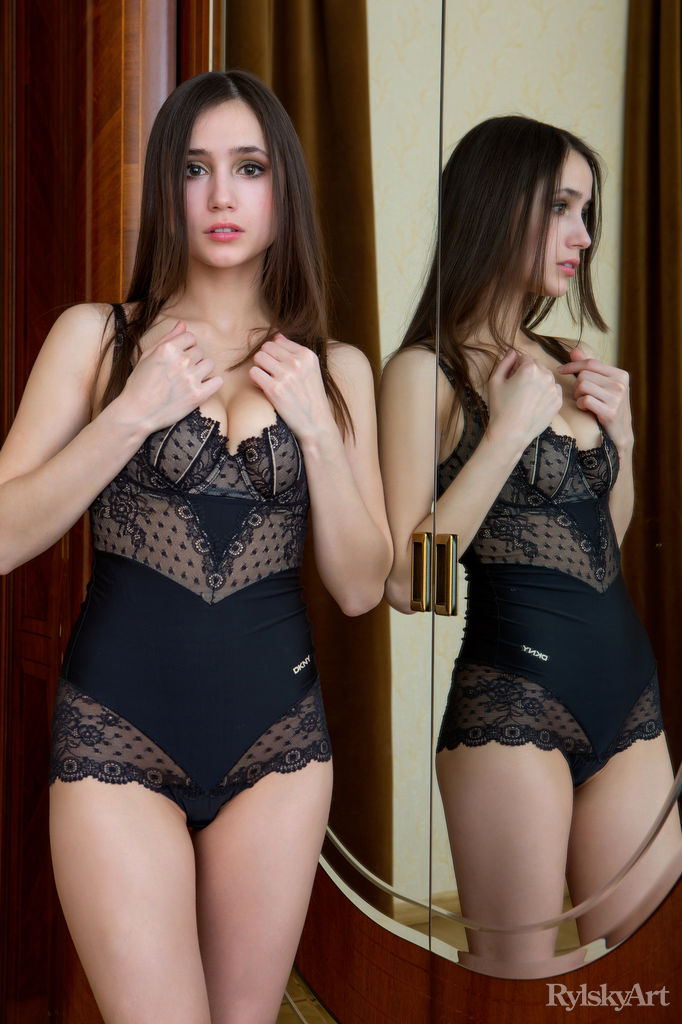