Mike released the genie from a glass bottle he found earlier today. As he unplugged the cork, a thick white smoke came out of the bottle and the smoke transform into a beautiful red headed genie standing in front of Mike.

“Greetings Master, thank you for releasing me from my bottle. I will grant you one wish your heart desire..” The Genie said to Mike. Mike can’t think of one wish, and he had no idea what to wish for since it was only one wish, so he wouldn’t want to waste it. He ask the genie to give him a minute to think about it.
“Why don’t you just wish me free, Master? In that way I can break free from my curse as a djinn and live as a mortal once again.” The Genie give Mike a suggestion. Mike thought that it would be a good idea, the Genie can be a human, and even she can be his partner.
“Hmm, sure I think its a good wish. Genie, I wish you were free..” Mike said to the Genie.
“Of course Master, your wish is my command.”

Instantly the female form in front of Mike turned into a big white smoke, and his vision became obstructed by the smoke. Mike can’t see his surrounding as he was now also surrounded by the smoke. When the smoke cleared, he was looking at his own face. Mike was shocked.
“What? Why am I looking at myself” He said with his new feminine voice.
“Wait. Am I in your body now?” Mike kept asking to his old body. His old body only stand and stare at Mike’s new form with a smirk on her face.
“Well, you wish me free. And here I am, free at last! Hahaha!” The Genie laughed
“Now, you have to serve me as I am your new Master.” The Genie said
“Yes Master.” Mike answered, somehow his lips were moving by itself and he can’t fight it.
“Umm, Master? Would you please tell me why we are in each other’s form?” Mike hesitantly asked his new master
“Of Course. It is the curse, for anyone who wishes the genie to be free, he or she must take the place as the genie of the bottle. And also the genie must serve her Master and fulfill all of her Master’s wishes. There are no wish limit, I tricked you so I can manipulate you to free me from my bottle.” The Genie explained to Mike
Mike’s heart sank, realizing he was tricked by the Genie and he was now in her place.

“For my first wish, I wish that I have all of your memories so I can function as Mike.” The Gine wished
“Your wish is my command.” Mike answered as he felt magic rushed thru hir body into hir old body
“Good girl.. I now possess your memory. Now, I don’t think I will need you for this time. You can go back to your bottle.” The Genie commanded.
Mike slowly turning into a smoke and entered the bottle. He felt trapped inside the bottle, and he regret what he wished for the genie. He now stuck as the Genie and he had to serve the Genie in his old body. The only part of being a Genie that Mike enjoyed was his new female form that he usually explored when he was waiting for his master to call him from the bottle. 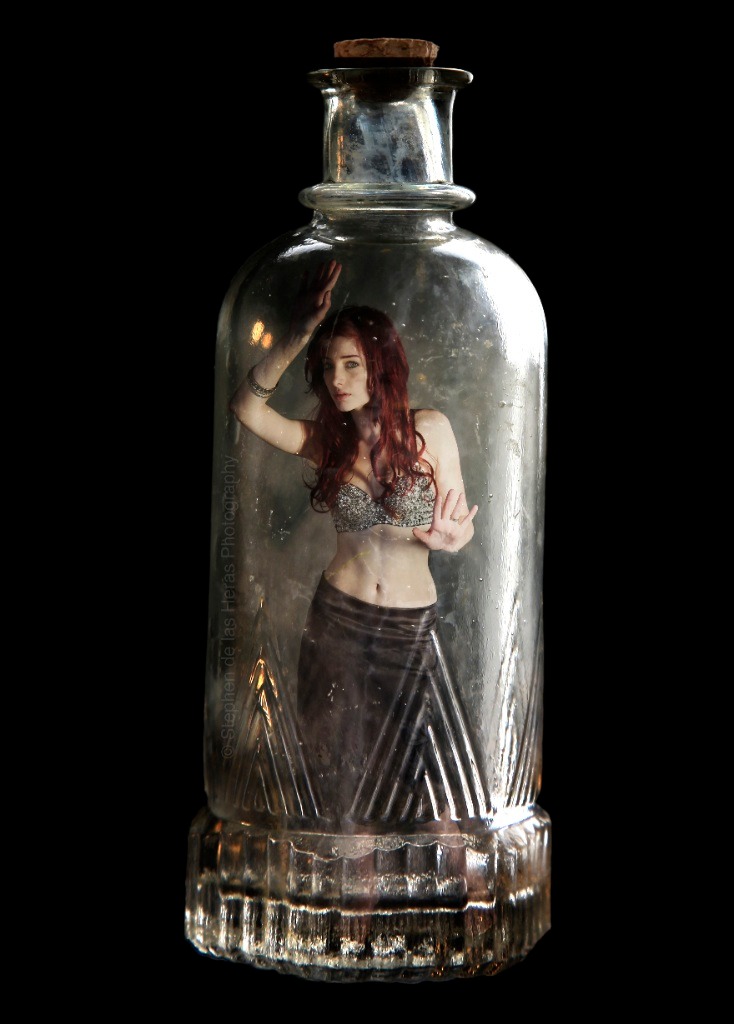