I was making out with my girlfriend Kim in her bedroom. It was the first time ever she allowed me to get to second base, “finally” I said as I squeezed her right breast. “You like my breasts John?” she asked me, which I found even more weird, except when she is mad, she never calls me by my first name. Then, someone else entered Kim’s room. It was Kim, I mean, another Kim, dressed exactly the same as the Kim I was making out with. “What the hell?” she asked, “John? who is this? were you cheating on me?” I was as confused as her. “No! I was with you, I mean I thought it was you”. “Well, throw this BH out!” she said, but the other Kim then said “I don’t know who this girl is, but I am Kim, the real Kim. Throw her out!”.

Wow, this was a mess. I knew my friend James was a shapeshifter, but I never thought he would transform into a copy of my girlfriend Kim. The thing is I was quite confused, “I don’t know who the real you is” I said. “Well, ask me something personal only I can answer”. But that didn’t help, both girls knew all kinds of stuff about me. Then Kim, well, one of them spoke, “I can’t believe it, for the first time I was letting you get to second base, and if she hadn’t interrupted, I would have let you to get to third base, or even score”.

ENDING 1. Third base, here we go
At that moment, I knew who the real Kim was. “You!” I pointed at what I believed was the real Kim. She pointed at herself and asked “me?”. “Well, yes, I don’t know who the real you is.” I pretended not to know, “But you stay here, consider this a breakup. I am taking the other Kim with me” I said. I grabbed fake Kim’s hand, and took her to my place. There we continued making out. And I was about to lick her nipples she interrupted me, “you know I am not the real Kim, right?” she asked. “Shut up, you said third base and score, so you better fullfill your promise”. She unzipped my pants, and got on her knees, she was ready to give me a blowjob.

ENDING 2. The real one
At that moment, I knew who the real Kim was. “You!” I pointed at what I believed was the real Kim. She pointed at herself and asked “me?”. “Well, yes, you! I know who the real Kim is. You will stay here with me”. Then I pointed at the other girl, “I am quite sure that is you James, you should leave right now. I don’t want to see you ever again” I said. After she left, I started making out with the real Kim. “You know the other Kim was letting me get to second base…” as I was talking, Kim interrupted me, “don’t worry, I am so happy you recognized me that I am sure today you will score”.

ENDING 3. Fantasy Ending
I still didn’t know who the real Kim was, so I made them a proposition. “Ladies, ladies. Stop fighting. I know the real Kim always wanted a threesome. So why don’t we try it?” I asked them. “Sure why not?” one of them said, “I guess it wouldn’t be exactly cheating” the other one said. I smiled and pointed at one of them “You!”, she just responded “me?”. “Yes you, you should undress your twin seductively”. She started doing exactly as I said. “Now make out”, they started kissing and making out infront of my eyes. I was so turned on. After a couple of minutes, I joined them. James might have told me about his shapeshifting abilities, but I had never told him about my mind bending ability. Since then, I have been dating them both, and they seem to be happy to please me in all possible ways.

ENDING 4. Well, at least Kim’s happy
I still didn’t know who the real Kim was, but one of them smacked the other one. “What was that for?” she said, “well, you have a sexy ass”. “Ha ha! very funny, so do you” she said while she smacked the other Kim’s ass. “You know, I’ve always wondered…” one of them said, and then kissed passionately the other one. “Stop!” I said, while pointing at them. “Why?” one of them said, “Sorry… sorry… It just felt so good…” They kissed again. I felt so left out. I tried talking to them, but they kept ignoring me. They were already naked making out. “I think… I am just gonna go” I said. That day I lost both, my girlfriend, and my bestfriend. 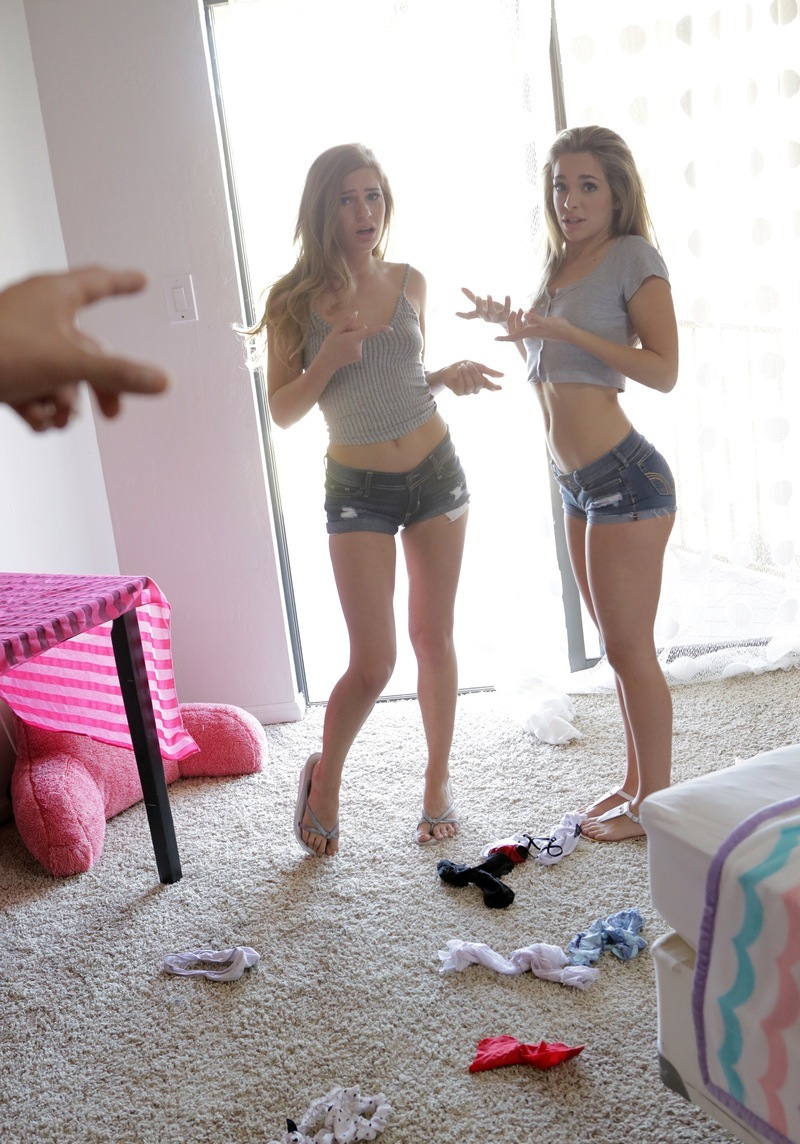