Harold was warned about the magic swimsuit, but he intended to give it to his girlfriend to make her lustful for him. He was told not to touch it however, and he did so anyway, by accident, while getting ready to wrap it, as part of it was out of the protective packaging. Seconds later he was a curvaceous brunette, and was compelled to put on the bikini set. He was then compelled to out to the beach, where he was lusting after the hunky lifeguard, tugging on his white bikini bottoms in lust for this man whom now looked to him like a handsome stud.

Meanwhile Harold’s girlfriend came back from her beauty spa treatment, to find an empty hotel room, and an open package that only read, “Handle with Care – Do Not Touch or Unintended Effects May Occur”. She thought it might be something Harold had ordered for her, but where was he?

While she was wondering where he was, Harold was inside the lifeguard tower bent over feeling her first penetration by a big hard staff of pure bliss and pleasure, satisfying her lust temporarily. Eventually after a bunch of rough pumping, Harold screamed in his new female voice, but over that the lifeguard tuned to the screams of people in trouble, heard a plea for help as well. He had to put it away and get out there, and do his job, lives depended on it.

“Great fuck babe, but duty calls. I hope you don’t think this was serious, this is my one stop shop of love, and that’s all, I’m sure I rocked your world this one time, now goodbye,” said the lifeguard in a hurry to do his job, feeling a bit guilty for the sex slowing him down when lives were as stake.

Harold calmed down a bit, realizing he was just used and abused as a sexy woman, but a using and abusing man. Now he understood what some women went through, just seen as sex objects by dirty guys like this lifeguard. She then got a wicked idea. She stole a pair of his swim trunks and a shirt to cover up, and left the bikini on the floor so he would touch it coming back. Then he could understand woman’s side as a woman himself.

Harold was shocked but not surprised he didn’t change back after taking off the magic bikini, but used the trunks and shirt and left the guard tower to head back to the hotel room. Once there, he heard a scream, his girlfriend was there wondering who this “bitch” was in her hotel room.

“I suppose Harold’s hiding, he cheated with you didn’t he? DIDN’T HE?! Speak up you tramp,” said Lindsey, Harold’s girlfriend in a twirling fit of anger.

“This tramp is your boyfriend, honest, babe. I purchased a magic bikini for you, and accidentally touched it myself. It turned me into a lustful babe, instead of you I’m afraid,” said Harold in his sexy voice.

“Even if I did believe you, which I don’t, why would you want to turn me into a lustful babe? Wasn’t I enough for you the way I was? If that is you in there, then where is my one and only tattoo, HAROLD,” said Lindsey very doubtful and very upset.

“On your left butt cheek, it’s a small dandelion, since you loved picking them as a little girl, and that was a symbol of your happy carefree childhood,” said Harold stunned at how “he” sounded now, and not able to even believe he was now a chick, and just had sex with a well hung lifeguard moments earlier.

“Oh it IS you Harold. Serve’s you right then. Trying to do that to me, and now it backfired on you. How does it feel to be the tramp now? Now you are what you wanted me to be, now you are the object of your own desire, twisted desire mind you! Wait you’re not even wearing the bikini under that are you? Is it permanent?! Is my boyfriend a permanent slut now? I’m not into chicks, as you well know, even when you invited your friend over from high school, what was her name, Mandy? Even drunk I wasn’t into her. So what makes you think I would be into you? I’m only jealous of your looks that’s about it, I mean you are hotter than me now, what woman wouldn’t be jealous? So what’s going to happen now,” said Lindsey.

“I have an idea Lindsey, we’ll stay friends, and we can invite that hunky lifeguard over to our room. He gave me a wild session earlier, and I’m ready for more,” said a lustful Harold.

“Oh you mean, Hank? Ha, ha, that was supposed to be my secret, but Hank fucked me yesterday when you fell asleep drunk on the balcony of our room. Sure we can invite him over, now that we’ve both had him. I was never going to tell you that, but since you’re a chick like me now, just one of the girls, why not? You had him too, so let’s get him and his bit hard one back to our room. I know he is a one night stand kind of guy, but he might take us on for a second round,” said Lindsey.

Then when Harold and Lindsey go to the lifeguard tower, they seen a busty redhead there looking lustful and stunned a bit, eyeing some of the men with binoculars from the tower.

“Oh shit, I forgot I left my bikini there for him to accidentally step on since he used me and abused me,” said Harold.

Lindsey said, “You dumb airhead, now what will we do. I’m not into chicks so no ideas, there Harold, or should I say Hannah now?”

The lifeguard Hank said, “Girls, girls stop fighting. Call me Hennessy now, and let’s all three go to the bar at the hotel I’m sure between the three hot gals we are now, we’re bound to find some studs. Let’s go gals, my treat.”

Hannah said, “What about your lifeguard duties?”

“That was for Hank, now Hennessy. Besides Tim is headed this way to take over for me. Oh, and maybe I can sample him first before we go to the bar,” said the new Hennessy.

Lindsey and Hannah tapped their feet in the sand waiting for Hennessy to stop sucking the now on duty lifeguard Tim.

“Are you done yet bitch? Let’s go,” said Lindsey impatient, “after all redheads burn in the sun, let’s get to the bar before you look like a tomato.”

So went the new beach gal trio on a manhunt and they could never be happier or lustier. 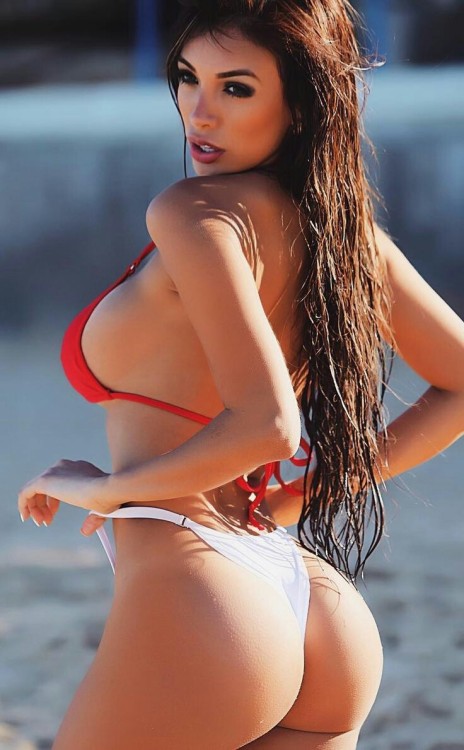