Over the weekend I had a young lady,Madison, in the shop who seemed to just be doing some browsing for lingerie and clothes. She was very friendly though, and was talking to me non stop.

As she pulled out a bustier and held it up to herself she looked at me and said “I really just wish that Bryan would understand all the hard work that I put in to looking this good for him. He’s put on 50 pounds since we started dating. I really feel like he doesn’t appreciate what a catch I am for him.”

“What if I told you I had something that could help you out? A diet plan of sorts.”

I pulled a pack of berries from my lunch under the counter, as I grabbed them I put a small weight loss spell on them. “Have him try these, free of charge, and I promise you’ll see instant changes before he even finishes the first pack.”

I rang her up for some lingerie, as well as some athletic outfits that had caught her eye. As she exited the store, I stopped to think about the spell I had just cast. Was it a unisex weight loss spell? Or would it have other consequences….Whoops. For once I didn’t mean to feminize someone, but it looks like I may have by accident.

30 minutes later, I grabbed my magic mirror to watch and see the results.
—–
“Hey Bryan, I’m home.”
“Hey babe” he shouted from the couch, playing a video game.
“Come here to the kitchen, I got something for you.”
“Just one second, have a match to finish.”

In the meanwhile Madison put away her new purchases and set out the berries on the counter. She sat down at the table to check her instagram while she waited for Bryan. Finally, about 10 minutes later he came into the room. He looked like a slob, wearing only his boxers and likely not having showered.

“Hey honey, I know you’ve been having trouble with dieting, so I found these weight loss berries, they supposedly will give you instant results! Try one please!!!!”

He popped one into his mouth. “Yum these actually are quite good.”

Madison thought to herself…did his face look slimmer?
A second berry. “These are so good babe!”. Did he look about 50 pound lighter already.
“Wow Bella wasn’t lying about the results” Madison told Bryan.
A third berry. Madison thought he looked a little shorter…and perhaps curvier? No that was probably just the difference from all the weight.
A fourth berry. His face surely looked different, but Madison figured it was the weight loss.
A fifth berry. Now this was obviously weird, Madison thought to herself, his hair had just changed colors and grown to beyond his shoulders.
“Honey- do you feel funny at all?” she asked Bryan.
“Not at all, these dang berries are addicting!” Bryan practically yelled in excitement.
A sixth berry. Ok…she wasn’t imagining curves- his waist had shrunk while his ass seemed to plump and hips widen.

“Honey, you should stop, I’m a little nervous about what those things are doing to you.” she pleaded
“No way Madison, these things are too damn tasty!”
A seventh berry-and Madison noticed that he no longer had any body hair or facial hair.
As he put the eighth berry into his mouth she begged him again, “Honey, please stop, do you not see whats happening to you. I’m afraid I’ll lose you.”
But the voice that answered back did not sound like Bryan, instead it was one of the most feminine voices she had ever heard. “Babe, I can feel whats happening, but these berries are just irresistible”
And with that she put another one in her now very feminine mouth…was that a light lip gloss she was wearing?

Madison stood with her mouth wide open as boxer shorts reshaped into tight yoga pants, and out of nowhere appeared a black sports bra. But, she noticed a bulge still in those yoga pants. She had to stop this, she had to save Bryan. She tried to take the berries from him, but he dodged her reach and went to put another one in his mouth.

“Babe, I seriously cant stop this. I’m fighting so hard to put this berry down and its like my body wont let me. What is in these? Why am I turning into a woman? How is that even possible? Even my voice is different! Did you do this on purpose? I thought you loved me.”
Both Bryan and Madison burst into tears.
She answered him “No, I was just told they were weight loss berries. I love you so much, I’m sorry I didn’t appreciate you and was annoyed about your weight gain. I should have accepted and loved you no matter what. Try your hardest, I’m sure we can reverse everything if you can just put them down. We can go back to the store where we got them from.”
Bryan’s arm held still as he desperately tried to fight it. It seemed like an eternity to both of them. Bryan came so close to putting it back on the counter. But in a flash, his arm flew up to his mouth and he started chewing his 10th berry.
“mmmm” was the only thing Bryan could say, reveling in the taste.
But Madison cried to herself as she watched the bulge from his pants disappear, and two perky little breasts appear in the sports bra.
“I love you” Madison said through her tears…she only felt blame…why had she insisted on Bryan losing weight?

From Bryan’s new body came a sentence that made no sense to Madison “Girl, why are you crying? Did some guy hurt you? You can tell me, I’m your best friend!”
“Bryan?”
“Who is this Bryan guy? He needs to know that Brianna will kick his ass for hurting you.”

Madison just cried for what felt like an hour, with Brianna just embracing her in a hug.
Finally she asked Brianna, “You don’t remember at all do you?”
“Remember what? That you are my best friend and that we are both obsessed with fitness? I think you need a run.”

Madison grabbed her phone. Sure enough,all her pictures that had previously been of her and Bryan, were now of her and Brianna working out together. She looked at Brianna who was leaning against the counter eating more berries…but nothing else seemed to be changing.

Madison laughed. She had wanted Bryan to understand the work she did to look this good. Now Brianna definitely understood. She would hold Bryan in her heart, but this new life seemed exciting too. She couldn’t explain what had happened, but for some reason when she looked at Brianna’s smile, she knew it was for the better.

“Now come on Madison, go get dressed for our run. We are hitting the club to flirt with some boys tonight!”

Madison hugged Brianna, and headed to grab her new workout clothes. This sure would take some adjusting. 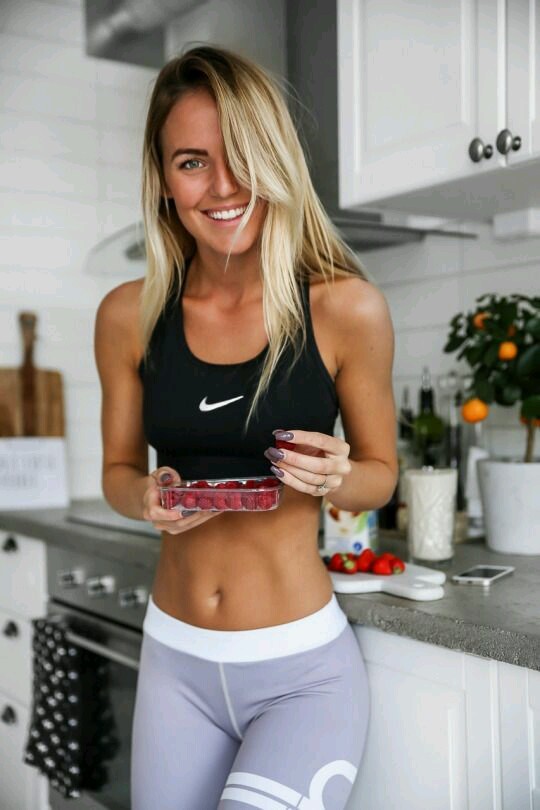