Amy could hear her phone buzzing from her bag. Luckily she had silenced it before her lecture started; the professor had already scolded her twice for interrupting class with calls. But today, she was sitting far enough back in the hall that she could check out her phone without much worry.

It was a text from her boyfriend, Charlie. “I messed up.”

She smirked. Charlie was always getting into trouble, but that was partially why she loved him. Before Amy could reply, another text came through. “Did you cast a spell on your Diary?”

Amy had. It was a new spell, something she had never tried before, but she new Charlie liked to snoop around her room and wanted to try to catch him in the act. “I did,” she typed in reply. “Why? What did you get yourself into?”

All she received next was a picture. It was a selfie sent from Charlie, but the picture was of… herself.

The spell worked! Amy grinned to herself broadly, partly due to Charlie’s misfortune and partly due to her effective spellwork. The magic would have turned anyone that tried to invade her privacy into a carbon copy of herself for 24 hours.

And wow, what a copy. She gazed at the picture and was amazed at how well the magic worked. Charlie now looked exactly like her, down to the very clothes and hair style she was wearing at this very moment. It was… alluring. She had seen herself in pictures thousands of times before, but knowing that this was another HER out there in the world, with Charlie underneath her skin, made her insides tingle. It felt like Amy was looking at her body anew, she looked at the eyes and the smile in the picture and felt an attraction to the form. She let her gaze trace down to the cute cleavage Charlie was showing in the picture, and couldn’t help but let her imagination wander.

“Stay put,” she texted back. As she shifted in her seat, she felt herself getting turned on at the thought of fooling around with another her after class. Hopefully Charlie would be on board. 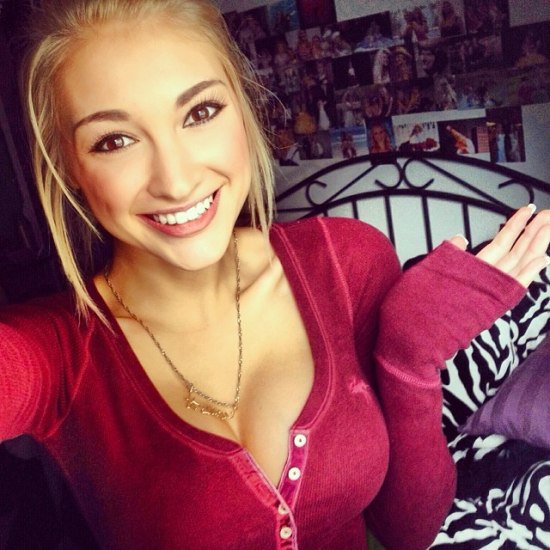