My friend Amy hated having her birthday celebrated at her office. “All the men want to hug me and kiss me” she said, “and I hate that! please please, go instead of me!” A few years ago we found a spellbook that would allow us to exchange bodies for a day. Exactly 24 hours later we would be back to our own bodies.

“And you think I want to be kissed and hugged by men?” I asked her. “Of course not! But I’ll tell you what, if you do this for me, I’ll make out with you. I know you like me.” Damn, she caught me, and this was my ticket in, I wanted to date her, marry her, everything!

We used the spell. She helped me getting dressed and applying make up. I had some experience walking in her shoes from previous swaps we had done, so I didn’t need help there.

I got to her job, like she predicted, all the men wanted to hug me and kiss me. At the end of the day, one guy got a cake out, they sang happy birthday. I felt blushed. Then they got the beers out. We drank for hours. Some guys made passes on me. But I rejected them, I could only think of Amy making out with me, and I wasn’t going to ruin that by making out as Amy with some random guy.

Later I got home, Amy was there waiting for me. I was completely wasted “Hi honey! I am home” I said. “Thanks for going to work as me” I said, I was so drunk that for a moment I was getting confused as to who I really was. “Look honey, a proooommmisse is a prrromise” I said while taking his pants off. “I may not make out with yoouu tonight, but I will give you a blowjob” I said as I started unzipping his pants. He tried resisting, but I could see he had an erection. “Some one is happy to see me” I said. 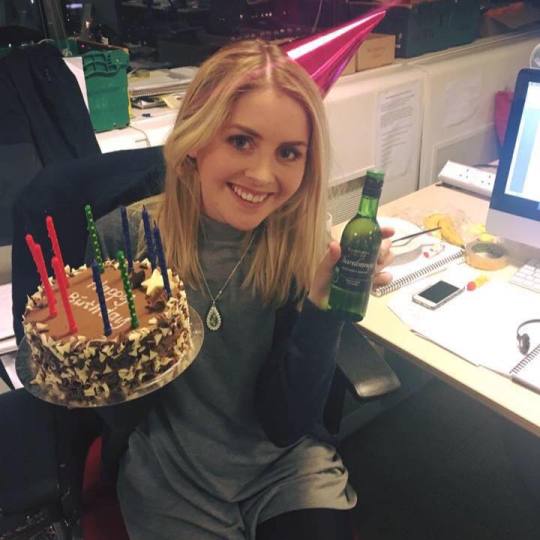