Everyone at FAP thought that it was a bit weird that this hot blonde Harriet seemed to love hanging around our frat house, and usually spent much of the time walking around in Lingerie- but none of us wanted to complain. It seemed like she was flirting and fucking many of the guys in the house, sometimes with her friend Regina. They often seemed to spend the night in Roger’s room, that lucky dog.

I was hopeful that she would decide to flirt with me. But I understand that I wasn’t the most attractive guy at the house- I had long grungy hair, played a lot of video games, and was a bit heavy. And to top it off, my parents had unfortunately named me Frank- how many women do you know fall in love with a Frank?

So one day I decided to make a move. I needed to talk to her. I noticed that she had a hair band around her wrist, and figured I could use it to hold back my long hair, and it would give me an excuse to flirt with her.

“Hey Harriet, could I borrow that Hair Tie, my hair is a bit out of control?”
“Sure thing Frank, I was keeping it around so you would ask.” she gave me what I thought was a very seductive look as she handed it to me.

I grabbed it from her, tied up my hair, and then everything went blank.

As I came to, everything felt odd. I was…in a gym? It looked like there were volleyball players. There was a net right in front of me.

Someone slapped me on the ass. “Hey Fran, stop zoning out, we need your mind in this game if we are going to win.”

And just then I looked down and realized what felt so different- I was definetly a woman, and the shorts I was wearing showed that off while also barely covering my ass. “The hell is wrong?” I whispered to myself.

Then Amy walked up. I knew her, she was the President of TIT Sorority.
“Everything ok girl?” she asked. Her voice had a soothing effect. But each word she said seemed to chip away at my masculinity. “Fran, your my sorority sister, is everything ok? I need you to be rocking for this game!”

I stopped worrying. Duh, what was there to worry about. I’m Fran, sorority sister at TIT, star volleyball player, and major fan of letting guys take me doggy style (because what girl wouldn’t want to show off with an ass this amazing!). I hugged Amy. She had a bit of a smirk on her face.

“I’m better now” I told her. I walked up to my spot by the net, adjusted my shorts so that they covered a slight bit more of my ass, and got back to practicing. I love having a Sorority president that cares about me so much! 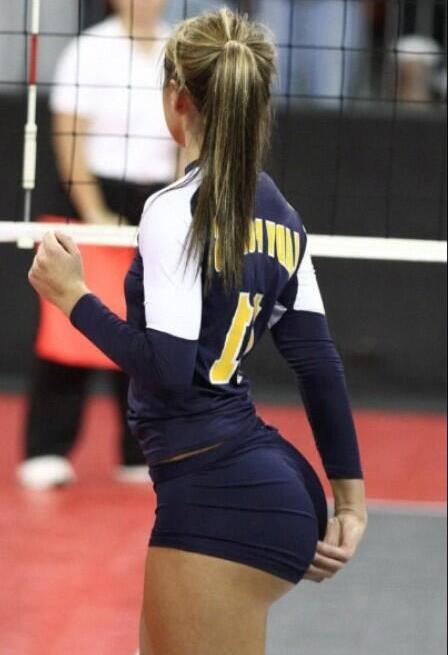