The Knight traverses through the banshee’s path, rumored to be blockaded by a certain rogue elf. It is said that the elf demands extravagant toll. The Knight had not accepted the quest from the hamlet which requested an immediate disposal of the said elf. Minor quests no longer concerns the Knight, who has slain the Demon Emperor and his subordinates and on his way to claim the title of the Hero from the King. A sharp tune of flute fills the banshee’s path. Between the shadowy trees emerges a figure, revealed to be a male elf armed with knives and archery. [The Knight has encountered self-claimed Elvish Warlord, Aias Orohan.]

Aias : “Pay up or I’ll feed your carcass to the living forest!”

Aias : “I said no passing without paying the price, vile human!”

The Knight taunts the elf by pointing out that wasn’t what he said before. The elf’s face reddens, visibly distressed and angered. [Aias is in the state of Fury! His attack increases.] The elf draws his bow and arrow and aims at the Knight. The Knight stands silently and watches the event unfold. The arrow flies across the space and lands on the Knight’s helm. [Critical hit!] Yet the helm deflects the arrow. [0 damage is dealt.] It seems it wasn’t very effective…

Aias : “Why, got a hand on a good armor there, filth! Enchanted with Vonnetian silver, I see. But it will protect you no more!”

The elf chants a cryptic spell. [Aias casts “Disarmor.”] It was successful! [The Knight’s armors are unequipped, and falls onto the ground. His defense sharply deceases.] The Knight stands silently and watches the event unfold.

The elf shoots an arrow from his golden bow. The arrow flies across the space and hits the Knight on his head. [Critical hit!] Yet the skin deflects the arrow. [7 damage is dealt! 529,573 Hp remaining.] It seems it wasn’t very effective. The Knight chants a spell. [The Knight casts Reverb. The Knight uses “Disarmor” back to Aias.] It was successful. [Aias’s clothing are unequipped, and falls onto the ground. His resistant to poison decreases.]

The Knight chants a spell. [The Knight casts Giga Heal. Aias’s health is fully restored and recovers from the ill effects.]

The Knight searches his inventory. The Knight takes out The Potion of Succubus, capable of rendering its drinker a female whore. The Knight explains that he was curious whether the potion would work on humanoid races other than humans. The Knight adds that he has seen it worked on Orcs, Mermans, Dwarves, and Demons but not on Elves. Aias refuses. The Knight sighs. The Knight draws a circle in the air with his pinky. [The Knight casts Servitude!] Aias’s resistance to curse (85) is overwhelmed by the Knight’s hex spell (2450). [Servitude worked! Aias is enslaved, bound to the will of the Knight.]

[Aias’s height decreases! Aias’s hair elongates further down to her shoulder. Aias’s breast and hips increases! Aias’s reproductive organ transforms to fit her new gender! Her feminine promiscuity sharply increases!] The Knight is amused with the sight of the rogue elf turning into a maiden. He remembers the time he made the Demon King drink the Potion. The Knight’s recalling of the memories temporarily increases lust.

The Knight commands to offer him her body. Aias’s resistance to curse (85) is overwhelmed by the Knight. Aias obeys. Aias is naked save for his cape and his boots, and asks the Knight to seed her. The Knight, although it was what he precisely made the elf to do, obliges. [Aias loses her virginity! Her chastity decreases.] [175 damage dealt!] [The Potion’s effect became permanent…] 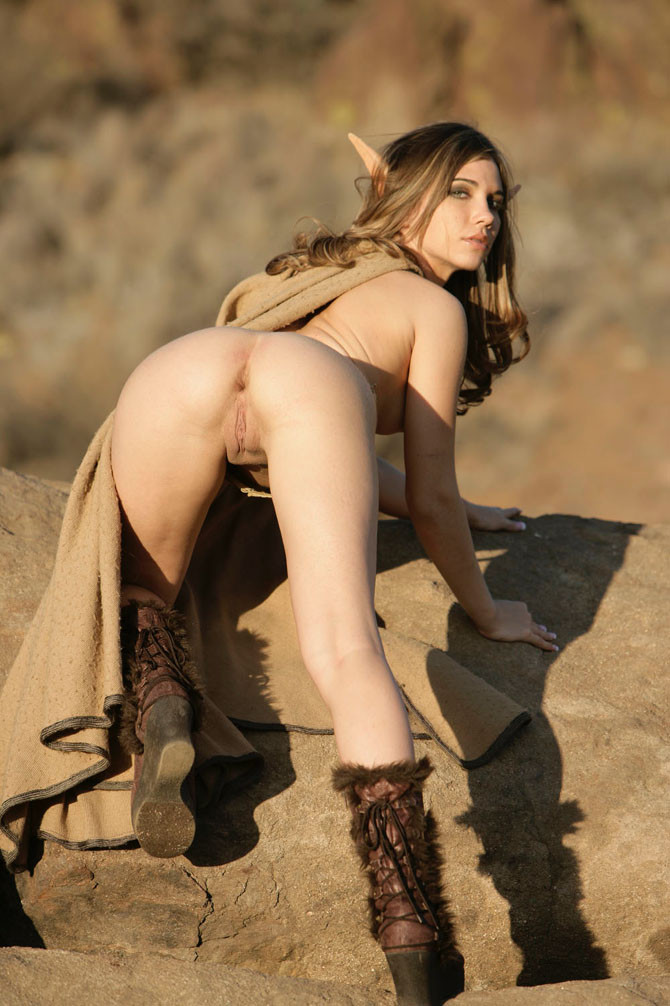