I never thought it was would all end up like this. In fact, I never wanted this. Never. I was a man and I intended on staying one. I was masculine and I never thought of being female and if I were to think about it I would see it as immensely disgusting.

However, things happen. I had a great group of friends. They were all male and we often spent time together doing things we really shouldn’t. We were risk takers. Perfect examples of young male risk takers.

The games description was clear. The loser would be female. None of us believed we saw it as a joke. It was bullshit. We played, eight of us in total. The game involved dice rolling, trivia and entertaining challenges. We all had an equal amount of turns and we each had a point score. The game stated that if there was a tie for last place there would be a playoff challenge. Jim and I would go at it. Battling for our manhoods.

The challenge was simple. Who could hold their breathes the longest. It was a somewhat childish challenge but it was all part of the game. I still didn’t take the game seriously. I wasn’t concentrating when I was holding my breath. I couldn’t help but laugh as Jim’s face turned blue. I had him covered. Easy. But I laughed and I was no longer held my breath. I let it all out in an audible gasp.

My body began to tingle. It felt weird. I look down at my arms. Body hair was being plucked out as though pulled by thousands of tweezers. Maybe the game description was right. My skin became silky and I suddenly felt as though everyone around me had grown taller. Brown curtains fall and shield my vision, my thinking told me it was hair. My hips creaked as they widened while my waist sucked in tightly. I was becoming a female. My fingers become slender as my hands shrink. My nails are manicured. Breasts swell from my chest and my ass inflates. My legs look feminine and then it happened. I felt sucking down below. I undo my zip and look down my pants. My testicles were long gone. My dick was gradually becoming smaller. A slit was emerging. Pubic hair was also a thing of the past. I watched in despair as my member shrunk and shrunk until it was nothing more than a small sensitive clit sitting atop a wet pink slit.

They all stood in awe. What were once my seven friends wanted to be much more than friends. I was disgusted. I stormed out, jumped in the car and drove for home.

Angrily driving, no doubt disobeying speeding limits along the way I head for home. The pedals were so much further away. Finally, I was turning into the driveway and into home.

I walk down the driveway. It was cold and I could feel it. My nipples were erect poking out my shirt. A bra was on my list to buy that’s for sure. However, once I got inside it was clear I wouldn’t need to buy one.

I not only had the body of a woman but also the house of a woman. Gone were the pictures of cars and sporting stars. They were replaced by pictures of scenery and flowers. My closet was filled with heels, skirts, pantyhose, lingerie, dresses and much more. In the bathroom there was an immensity of make up, hair products and nail polish. I then wondered if I would now have to get new ID but when I looked for my wallet I couldn’t find it. However, what I did find was a handbag.

The handbag was like any other. Particularly one owned by a woman. It was stocked with anything a woman would need, lipstick, painkillers, tampons, facial tissues, stationary and much more. I found a purse. I opened the purse my driver’s licence, bank cars and other ID all read a different name. Clearly my new name, Linda Norton.

It became clear to me that this was my new life. I had to live it. I began teaching myself the ways of being a woman. I learnt to walk on heels, sit like a lady and do make up expertly.

I was a bit wobbly at first. There’s no doubt about that but I was soon an expert of walking in heels. I could stride forward sexily like a woman with faultless balance.

Make up became an art form instantly. I don’t know what made me pick it up so quick but I struggled to sit like a lady. I knew that I wasn’t highly educated. The odds were I’d be a secretary or something like that in my new life. I’d have to wear a skirt. I tried and tried and tried but I was struggling. I couldn’t sit like a lady. Being a man was ingrained into my mind. I couldn’t wear a skirt without giving people an eyeful however soon I mastered it.

I began searching for work. Interview after interview, I was turned down. They were all simple jobs nothing special. Just secretary jobs. Then I got one. As a secretary for an entertainment agency. I was wrapped.

I worked day in and day out, servicing my employer. Coffee, typing and phone calls were my main duties and I was good at it. I was not only enjoying my work but I was enjoying being a woman. I loved this life. It was far better than my former. As a woman I was respected. Everywhere I went I was “Miss Norton”, I had the respect of many. I liked the space in my legs that made me all so comfortable. In the past my legs wouldn’t go together because of the needless bulk. I also loved the nature of the female rear that was like a soft seat cushion. Not to mention the gorgeous clothes.

I was loving life when the entertainment agency I was obediently working for gave me a promotion. I was going to be a model as well as a secretary. I loved the idea. The thought of showing off my new body to the masses was awesome. I was so proud of who I’d become. My name isn’t Joe it’s Linda Norton. I’m a woman. 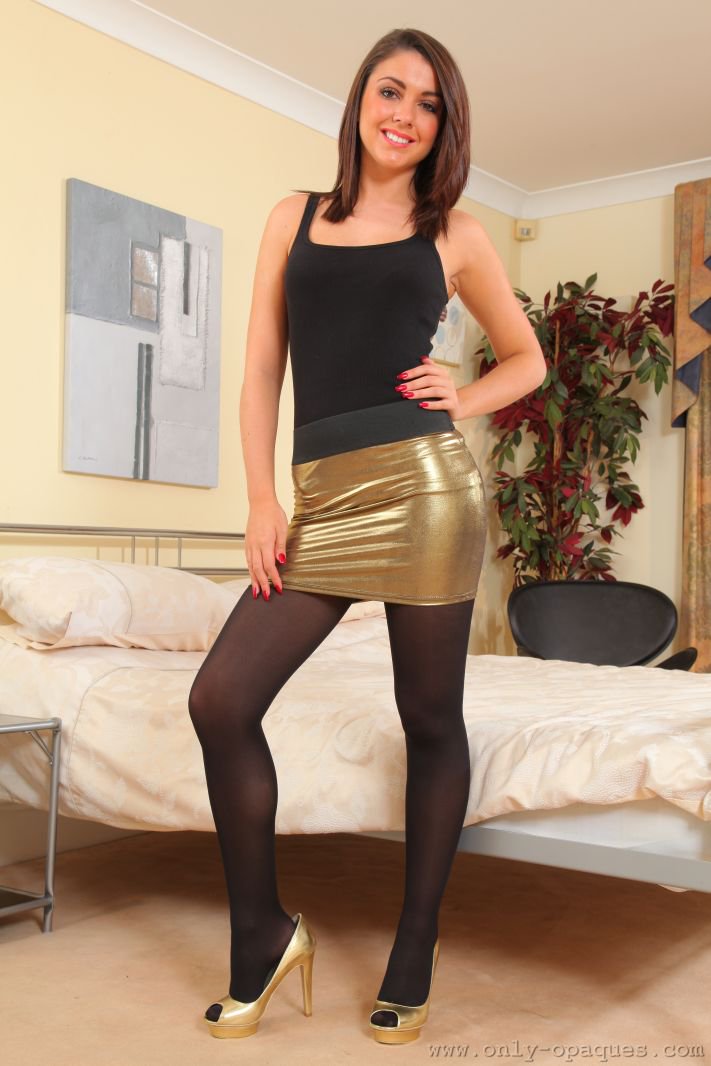