Genie had to take a short break. She wasn’t used to granting so many wishes in so little time. Hoever, having previously read James wish, she was eager to grant it. James had written: “Hello Genie. My name is James, I was always jealous of those wizard who can do whatever they want. So I wish to be wielder of magical powers by myself”. Genie was excited, there aren’t that many magical beings in our world, so creating a new one is quite an honor. “Well, I can’t turn you into a wizard” Genie thought about James, “There aren’t many wizards, and they usually end up having some shop at a mall. And that is no fun”. After thinking about it for a while, Genie smiled, “Wish granted” and faded away.

James was at the movie theater, when he felt something touch his feet. He reached down trying to pick up whatever it was. “A book?” he said. The lack of light made it impossible to take a further look at it. So he stood up, and walked to the lobby. “Magic for beginners” James read from the book’s cover, “I ask for magic, and this is all I get?” he said outloud. He openned the book, and started reading the foreword. It looked like scrambled letters but he did his best to read it. Right then, pink smoke came out of the book, and covered him. No one seemed to notice what was happening. But James was being transformed into a magical being. He felt his body reshape, changing into a new sexy form. “This is more like it” James thought.

When it was over, when was a redhead woman named Nyx. She knew exactly what had happened. She could feel magic flowing through her veins. She wasn’t even human anymore, well, not in the sense of the word. She knew she would have to pretend to be mortal, so, she thought of a different and more common name, so she decided to call herself Juliet. She left the movie theater, abandoning her friends, and walked all the way to the edge of town. She found an abandoned home, and quickly, with a simple wave of her hand, the house was transformed into a beautiful victorian looking mansion. She entered her new home. And rested on the floor, “Magic spells for the experienced” was the new title on her book. She smiled after she noticed it had changed to reflect her new abilities.

She thought about how to use do with her powers. She had so many ideas, but while she decided, she went out looking for a guy to have sex with, after all, she wanted to try her new body as much as her new powers. 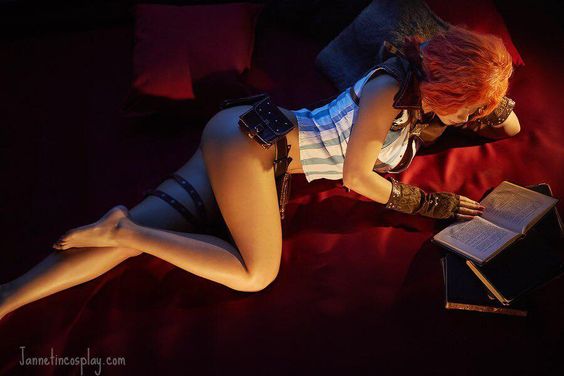