Jane and Hailey have been friends for such a short time, but it is like they have been friends since childhood. They understand each other perfectly. They like the same drinks, the same kind of guys, they even have the same hobbies. Not too long ago, Hailey was a guy. And he was fighting, once again, with his girlfriend Jane. That would be their last fight, since he had already made a wish.

“Hi genie. My girlfriend says that I don’t understand her and her feelings, particularly when she is on her period. Could you make it so I can understand a monthly hormonal cycle better?” he wrote. Genie read his wish, and knew exactly what to do. “Wish granted” she said.

“Are you ok? you look weird?” Jane stopped fighting and asked her boyfriend. He started coughing, and with each cough, something of him changed. It started simple, by his waist losing half an inch. But the more time passed, the more he changed. In a matter of seconds he already had small perky breasts, and blonde hair. “You are scaring me! what’s going on?” she asked again. He could barely answer “I don’t know”, his voice sounded a bit off. The moment he felt his equipment retract into his body, he lost his balance and fell to the ground. The last changes took place, his hair got longer, and his breast a little bit biggeer.

When he finally got a change to catch his breath, he stood up. “Why do you look so scared?” he asked Jane. “You…. you… look like a woman” she said. “No way” he answered while touching his own breasts. “This isn’t what I wished for!” he said with a high pitched voice. “What do you mean? you wished what?” Jane asked. He went on explaining the whole thing. Jane couldn’t help but giggle. After a while, she told him, “well, while we get this fixed, I should call you Hailey”. He didn’t like being a woman one bit, but he accepted his new name for now.

Thank god Hailey was about the same size in everything than Jane, so she borrowed some clothes. They went out for dinner, Hailey felt weird walking in heels, although it was easier than she expected. They talked for hours. Jane was amused how much Hailey behaved like a woman. She even noticed her checking a guy on a nother table. That was the beginning of her new relationship. They became best friends. They understood each other perfectly.

They sometimes go clubbing, looking for guys. Well, Jane likes to look for a guy to dance with. But Hailey usually likes to find a guy to sleep with. 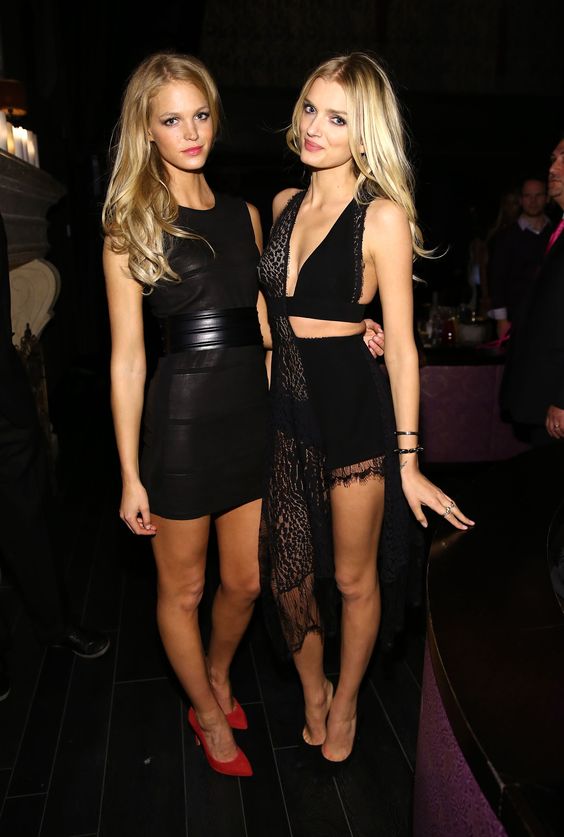