I had been really proud of Ryan. We had been best friends for ages, but he had always been unhealty and a bit obese. He had been invited to try out this really intense new workout and diet that promised to completely reshape your body, but it also required being gone at a camp for an entire summer. He wasn’t allowed to bring his phone at all- he had to be focused on the workout.

I was so excited when September 1st rolled around, because I knew he would have great results to share with me!

I got a text from him that morning. “Hey Todd, wanna see the crazy results of this summer? <3 Ryann” I thought his typos were weird. But what was even crazier were the pictures that he sent me. It wasn’t Ryan, it was a beautiful blonde who looked amazing in Yoga Pants. “Haha real funny Ryan, come over later to show me your results- how about 5pm”. “Sure thing Todd, you have to see it to believe it.”

I figured in the meanwhile I could jack off to these pictures of the hot blonde in yoga pants. And I did, twice that day. She was gorgeous.

So imagine my shock when at 5pm, that gorgeous blonde walked through the door. She wrapped her arms around me. “I missed you so much Todd, you were on my mind all summer”… it sure didn’t look like Ryan but I noticed little things she did that made me convinced this was definitely my best friend.

She stepped back and twirled for me, making sure to stop with her butt sticking out towards me. “You like? I can’t believe the changes. It turns out the camp is only for women, and the the medicine they use to help the weight loss will turn any man into a woman…they called them nanites or something, as you can tell from the pants- I’m completely a woman now.”

I just stood there shocked. There was no way this was possible. But I noticed a birthmark on her lower back, that was exactly the same as Ryans. Could she really be my best friend? 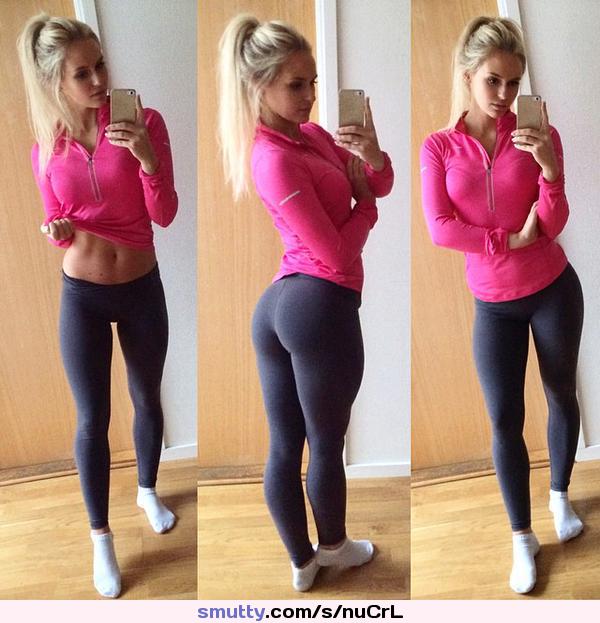