As much as he kept searching the pages of the magic book, Mack couldn’t find any trace of the spell that Krista had used to swap him into her body to teach him a lesson.

“Where is it? This is getting tedious,” he said in his girlfriend Krista’s voice. He threw the book aside and thought about why she’d did this to him. “I’ll admit that I wasn’t the best boyfriend. I was perhaps a bit insensitive and capricious but hey, Krista wasn’t trying very hard either,” he protested. But it turns out her family has magic in the veins, and she’d muttered some gibberish and said that good things took time.”

He’d awoken to find himself in her body the next morning, with a note on the refrigerator said she’d be back at 6:00pm.

“So here I am on this hot afternoon feeling her…my….” his voice trailed off as he felt the indescribable feeling of his mental manhood draining away. Was this the spell’s effect? Whatever, she was Krista now. She continued her monologue: “My hair’s out of place; my tits are sweating in this bra: better take it off. It is really hot today. Should I just keep it off all afternoon until Mack comes back? He’d like that. Maybe some sausage and onions for dinner. But I’m wet right now and Mack won’t be back for hours. A girl’s gotta do what a girl’s gotta do,” she said as she stripped her panties off and began rubbing.

[Both of them forgot about the magic book in the corner. It actually contained a reversal spell, but neither Mack nor Krista observed it, so they let it lay there gathering dust, not knowing where it was.] 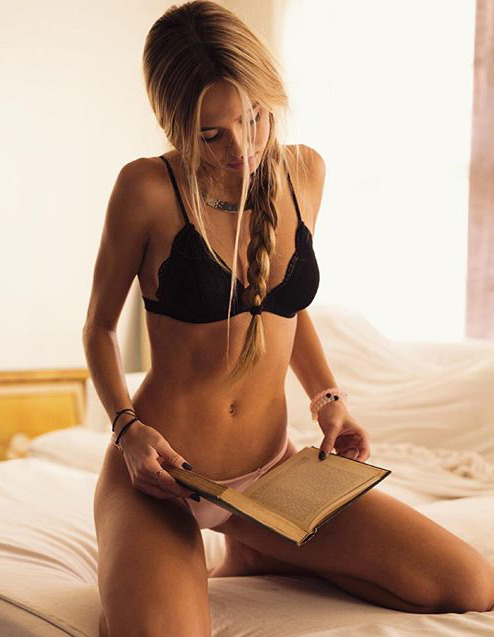