See the symbol I’m making with my hands. You’re thinking peace. I mean V. V for vagina. V for the flat crotch that signifies a female. V for the vagina that is the reason that I am currently sitting to pee and not standing. However, it wasn’t always like this.
I was a man. That’s right, a man. I had a D. D for dick. Then, it happened. My sister found an app and thought it would be fun to make me female for a little while. I was so furious but I had no choice. The app destroyed everything male about me. Clothes, possessions and of course my body. I had more make up then what I knew what to do with. She made me embrace being a chick. I had to wear female clothes, I had to have long hair, I had to have make up. It was so hard learning. However, I knew she would never change me back unless I at least tried.
It wasn’t easy. Everything was so different. I almost wasn’t sure I was still human. Despite overly frustrating sitting to urinate was strange. I really got sick of that cold toilet seat and I feared public toilets like a child fears monsters. Long hair was always in the way and men won’t stop looking at you. The thought I was one of them disgusts me.
I kept on pushing. Adjusting and adjusting and adjusting. Trying to make it normal. Trying to gain the respect essential to making me a man again. However, I began to gain interests. Interests that frightened me. The mandatory shopping trips with my sister which were initially completely and utterly despised became bearable. Very bearable in fact. I was thinking about which skirt looked best and which boots suited me. I was beginning to like shopping for women’s stuff.
My sister kept on mentioning the pros of being a woman. I was constantly reminded of the space downstairs. She obsessed with reminding me of the incredibly blissful orgasms only having a vagina can cause. Not to mention the soft sexy ass cushion only females have and the tits.
It made me think. I’d never crossed my legs as a man. Never. It was just to uncomfortable. When you’re packing all that down there it’s just not practical. Now, as a woman, I subconsciously crossed my legs. One day my sister even put stuff in my panties to simulate having male genitalia again. The stuff was probably only the third of the size of what I had before but it taught me. I hated that day. I couldn’t get comfortable. I couldn’t cross my legs or sit comfortably. I’d became used to being a woman and I’d liked it.
The app was quite advanced. One day she got rid of my feminine ass and gave me a flat masculine one much like the one I’d previously had. Everything else remained female. I hated it. I sorely missed the feeling of my ass swinging, squishing, squeezing and rolling as I walked in tight jeans. Not to mention, how uncomfortable it was to sit without the padding. She was about to take my breasts but I told her no. I couldn’t say goodbye to having tits, especially if I wasn’t getting my dick back in return.
However, I began to think I didn’t want my dick back. Having a vagina was pretty cool. Then she mentioned the lack of smooth skin. I thought about it and she was right. I loved my smooth hairless skin that encased the entirety of my sexy body.
Then the day came. My sister and I had a long discussion. We covered the pros and cons of being female. I told her after lengthy discourse that I wanted to stay a woman. She tried to ensure that I was sure sighting reasons like lack of strength and having to sit to pee but I told her no. I like those things because that’s what makes me who I am. Who I want to be.
So, I’m a woman. It’s permanently. I kept my V. V is for vagina and I have one. I wouldn’t trade it for anything in the world. I can’t thank my sister enough. I simply can’t put it into words. I feel bad for being so upset early on when really she was doing me a favour. She allowed me to be a proud member of the better sex. The sex that has vaginas. The sex that wears skirts. The sex that have long hair. The sex that have breasts. The sex that sit to pee. The sex that includes me. 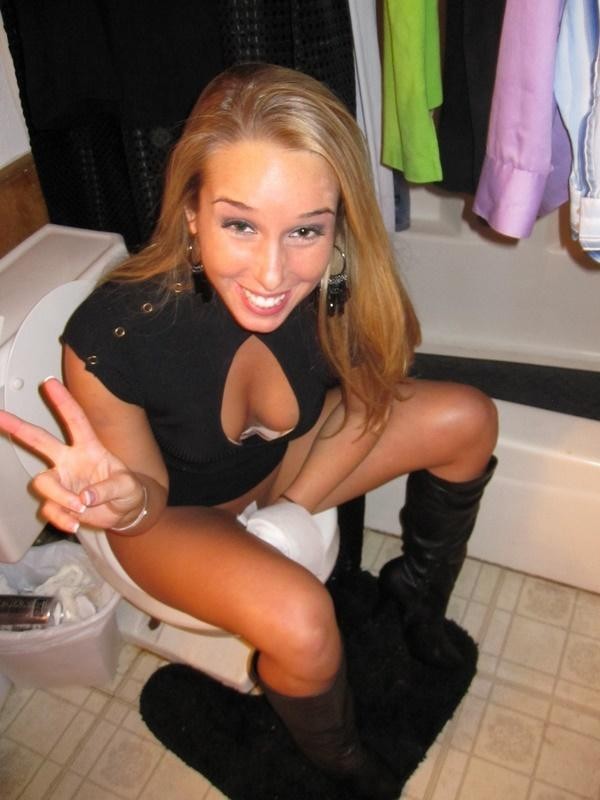