Transfered from the stone

I can’t believe I just run into Amy after all this time. She seems so used to her role. It wasn’t always like that, in fact Amy wasn’t a girl two years ago. To explain how it happened, I have to first explain how I got my abilities.

It was about 5 years ago, I found a wishing stone. I knew they were worth only one use per person. So I didn’t wish anything for weeks, I didn’t want to waste my only wish. I kept thinking about a way to have multiple wishes. I knew the stone was sentient, “maybe the stone knows when someone had already made a wish, if I could trick it…” But there was always a chance that I could have wasted my wish.

So one day, I realized what my wish should be. I frased it as good as it could be. “I wish that while still remaining myself, I would gain the power of the magic stone”. It worked, it worked perfectly, the magic of the stone was transfered to me. I could now grant as many wishes as I wanted. Or so I thought, I couldn’t wish anything myself. I was the mean for other people’s wishes, but not myself. Bummer, I know. But soon after I realized that anytime someone said “I wish” I would have to grant their wish.

The first wish I granted was my father’s, he wished to win the lottery, and thanks to me, he did. Anyways, I won’t bore you with all the wishes I have fullfilled, after all, This story is supposed to be about Amy. Amy used to be James, my best friend, he didn’t know about my powers, because I couldn’t tell anyone, not even if I wanted to. We were at a bar, he tried hitting on a couple of girls, but they both turned him down. “They must be lesbians” I said jokingly. “I know” he said, “well, lesbians are the hotest girls. You know what? sometimes I wish I were a lesbian”.

I didn’t even hesitate, why would I?, I have to grant his wish. It was almost instantaneous. James ceased to exist, and his place, was Amy. “What the hell? ” she said outloud, surprised by her new looks. “What’s wrong Amy?” I asked her. No one, except for her, noticed the change, it was like she had always been Amy. Well, of course I noticed too, after all I granted her wish, but I pretended not to know.

So, Amy was straight, well she was a lesbian too. I know what you are thinking, so bisexual? not exactly, she wished “sometimes to be a lesbian”. So sometimes she is straight, sometimes she is a lesbian. Well, at least that night she took her newself to good use. That night she was a lesbian 100%, she walked back to the two girls which had turned her down. And started kissing them. All three of them went to a hotel room and made out. I smiled, “I lost a friend, but she sure looked happy”.

Since that day I didn’t hear from Amy again, well, until today. We talked for a few minutes, I invited her to lunch, to catch up. She told me about her lesbian/straight problem. I pretended not to understand. “I know, it is confusing, but I wish you were like me, that way you would understand”. She wished, and if I were a wishing stone, I wouldn’t have fullfilled her wishes anymore, but being human, I had to. In no time, I was transformed into a girl too.

Amy was amazed. “Are you ok?” she asked. “Yes, why would I be?” I asked while I grabbed her hands. I knew I used to be a man, and if I had been somebody else, I would be unaware of the changes. “You know what? right now I feel like being a lesbian” I told Amy and took her to my place where we made out.

Now, I am a woman. Willing to sleep with anybody, man or woman. You can usually find me on the street, walking sexily, swaying my ass, and pretending to go college. I walk that same street everyday, granting people’s wishes. 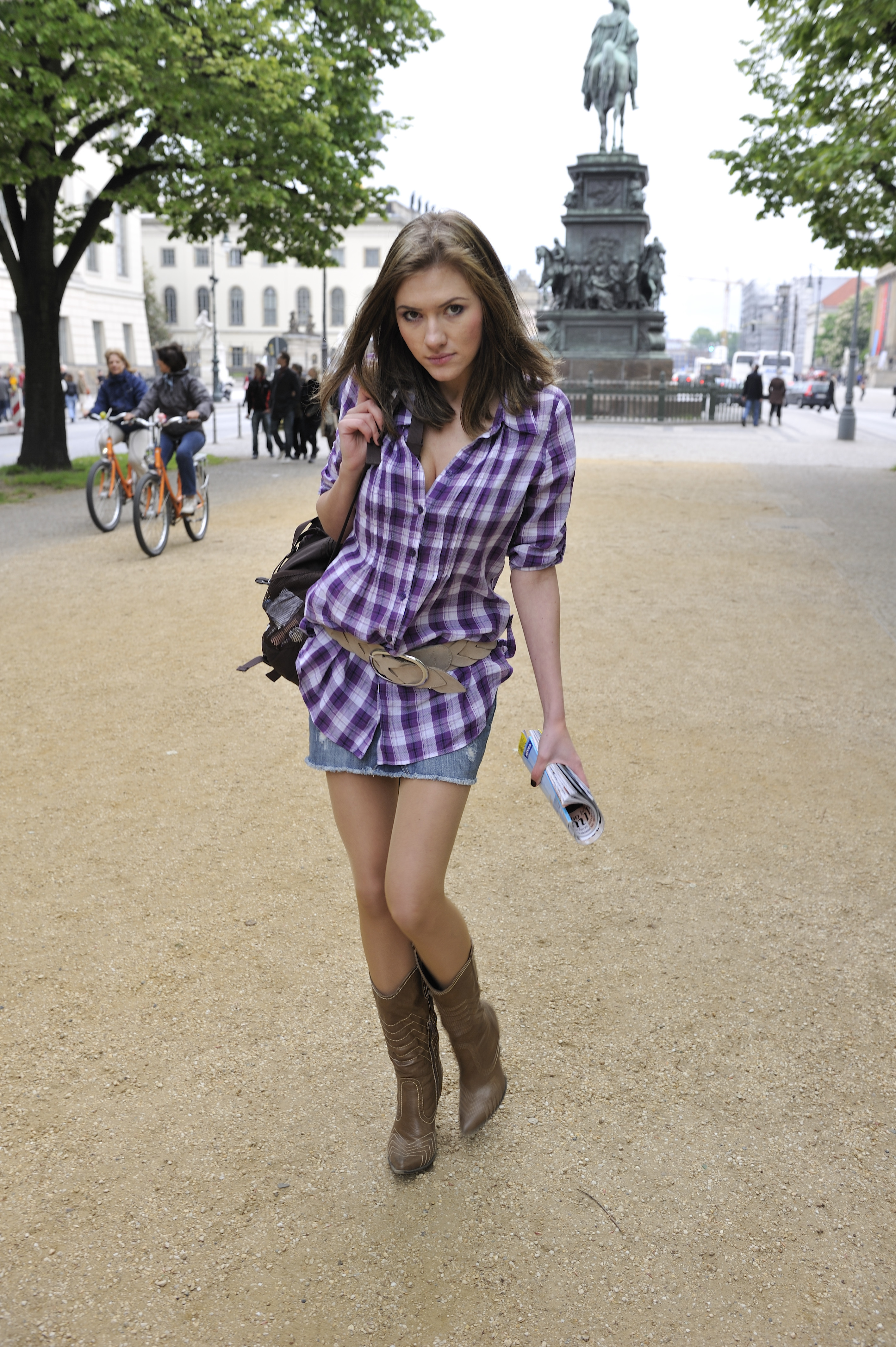