Too late to go back

I was worried about my son when he met this girl, Amanda. She seemed nice at first until i found out her true nature. I knew this girl would put him in trouble but my son didn’t listen to me. Mike was head over heels for her and i couldn’t do anything about it. Teenagers are foolish so i had to act quickly, my son’s grades were already getting worse and i had a call from the principal noticing me about his behavior.

I had this spell hidden in my book shelf. I never really thought i will ever use it but i kept it just in case. The spell would alow me to swap bodies with anybody i chose. Of course it was risky, i didn’t know if it had some side effects but if it will help to save my son i would take it. I took the piece of paper and read the spell. In a few seconds i opened my eyes and saw i had a girl’s body. I was Amanda.

At first i planned to dump him but i realized it could make things worse so i decided to put him back on the right track. I started to encourage him to study more and focus on school. I did the same thing and since he was my boyfriend for now he took example and started to study as well. He was curious about the sudden change in behavior but i played my role very well. I didn’t have to worry about my cover being blown. The spell made the real Amanda completely brainwashed, making her belive she was always my old self.

Everything was going according to plan. My son improved his grades and he stopped hanging out with the wrong crowd. I knew my mission was over and it was time to go back but for unknown reasons i postponed it. After a few weeks i just felt natural being a girl. I know it’s wrong, i’m a man but somehow i wanted to spend more time in this body. One day i went too far. I was fooling around with Mike until things got a little bit more serious. I don’t know how it happened, my girly mind took over and i ended up having sex. Too bad we got careless. Few weeks later i found out i was pregnant.

At this moment i knew it was too late to swap back. The pregnancy made it permament so i will stay as Amanda for the rest of my life. Surprisingly i’m not worried about it. After all this time i got used to being a girl and accepted myself as Amanda. I don’t care if Mike was my son. He is now my boyfriend i love him so much and i want to raise our baby together. The only thing that scares me is my upcoming labor. I hope it will be quick and Mike will be there for me. Luckily i still have 2 months to prepare for it. 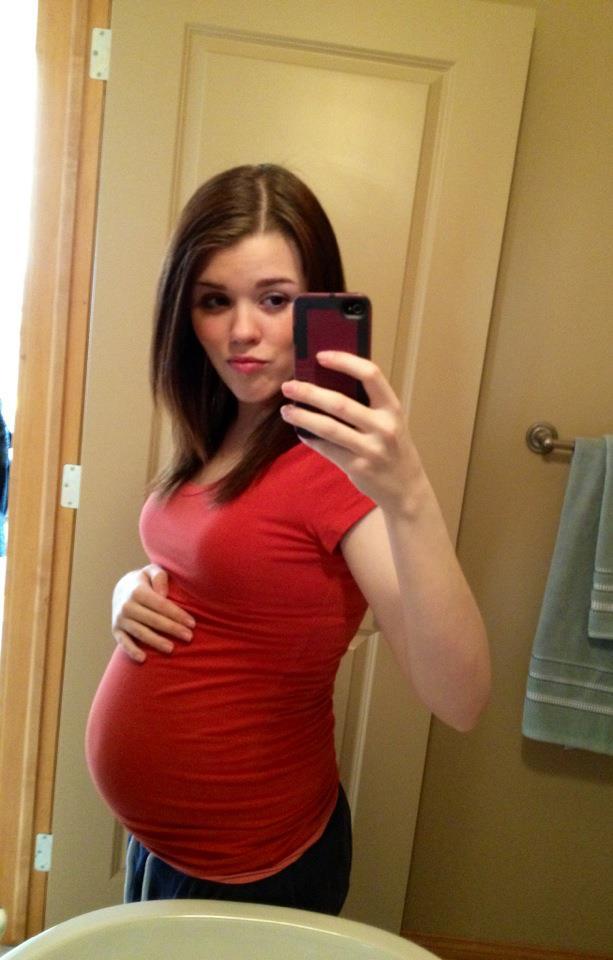