It wasn’t plain poker, it wasn’t strip poker, it was TG poker. I had just bought the special magic deck off the internet. Something to waste some time while on our trip. The game was simple, everytime you lose, you would become more and more feminine. I convinced my friend James to play. After all, the changes were temporary.

We were in our bunk beds when we started playing. I was the first to lose, and with it, my chest grew petite a cup breasts. The second game, having a full house, I was sure I couldn’t lose, but James won again, which changed my hands into slender feminine ones. James just laughed at me, “Maybe when this is over, you’ll want to have sex with me” he said. On the third play, James finally lost for the first time, his hair grew a few inches. We continued playing, everytime losing more and more of our masculinity.

We had been playing for hours, and a few plays back a pussy replaced my equipment. Apart from my hairy chest, I looked like a woman. James on the other hand, had lost so many times he was 100% a woman. He was even giggling all the time. On our last hand, I lost, which made me lose my chest hair. Now I was completely a woman too. “Care for one more game?” I asked James, “what’s the point? we are already girls” he said. I noticed he was holding more than 5 cards, “wait were you cheating?” I asked him. He just laughed, and I laughed too.

A couple of men entered our train cabin, “oh look, a couple of hot ladies” one of them said. I looked at James and laughed. “Care to join us for a drink?” he asked. “Sure” James said, “I am Jane, and she is…”, “Amy” I responded with the first name that popped into my mind. “You know what? why don’t we skip the drinks and just make out?” Jane said, which caught me by surprise. But I won’t deny I wasn’t excited at the prospect of trying sex from this perspective.

They both came inside, and we made out. I kneeled on one of the guy’s lap, and guided his thing inside of me. I peeked back, and saw Jane doing the same thing. I couldn’t believe how great it felt. His thing going up and down my pussy was sublime. I moaned like the crazy bimbo I had temporarily become.

[On the floor lied the box from the deck of cards, and on its back was a notice: “Effects last 2 hours. Beware, sex might cause permanent change”] 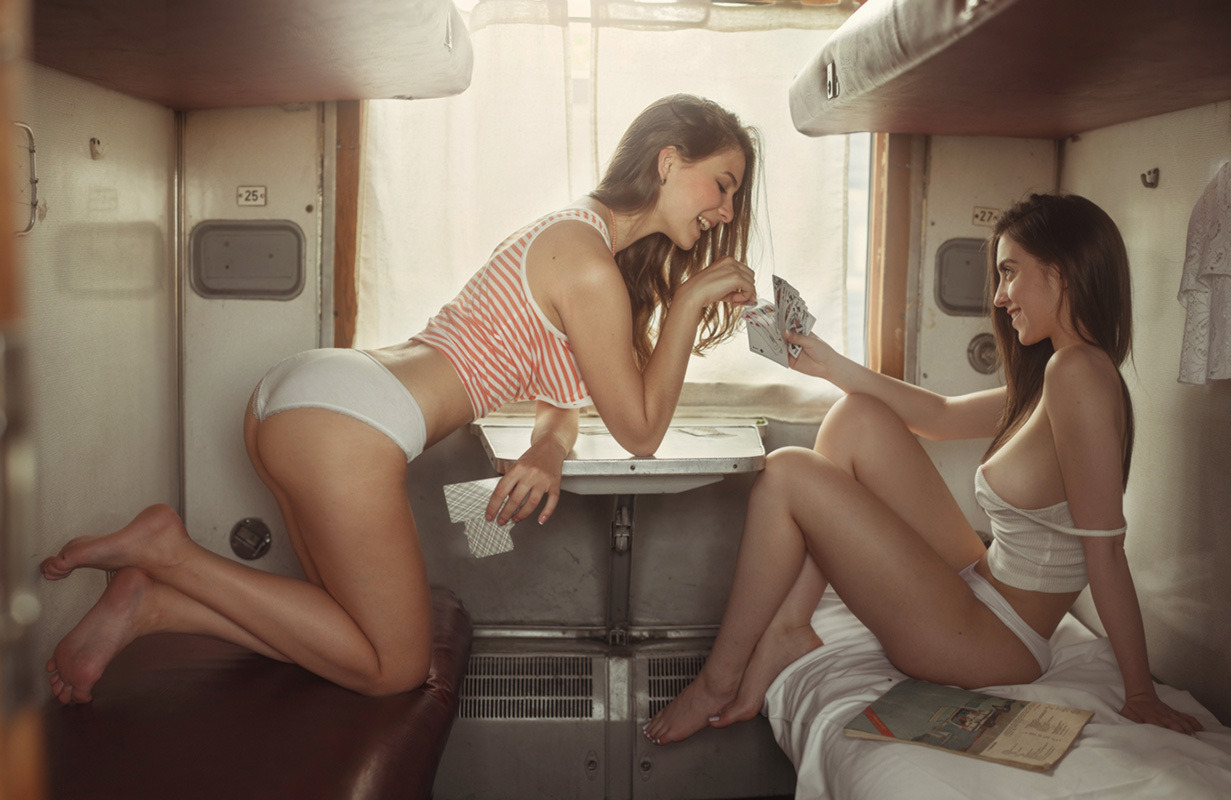