Time to get to work.

Samuel was a long distance lorry driver travelling from one end of the country to the other.

The open road was his home with no family to tie him down he was a free man and could do what he likes.

Samuel was a good man in most ways but you get lonely on the road and he did not mind paying for the company of a lady for a night.

Unluckily for Samuel he picked up the wrong prostitute that night.

He had not seen her before like anything new he just wanted to try it out.

Her name was Mary Bell she was 27 years old and from Kentucky it was $300 for the night which Samuel thought was a bit cheap.

Samuel was not the type to have sex with you and then kick you out of the motel room he also like a little bit of cuddling afterwards he was a gentle lover & not into rough play and even though he was paying for it he like to treat the woman like a lady.

She took Samuel back to the cheat motel she operated from were they had glorious sex before falling asleep in each other’s arms sticky and wet.

When Samuel woke up the next morning he had the shock of his life.

There were two things that worried Samuel one was the strange object poking him in the ass the second was a large arm over his shoulder he jumped out of bed and felt the strange weight on his chest move up and down and there was an aching between his legs.

He looked back at the bed to see his own body lying there somehow in the night he had swapped bodies with her.

When his body woke up Samuel was in a state of shock.

the woman that was now in his body explained to him what was going on & also added everything you need to know about your new life now is in your handbag.

He was a truck driver himself named Patrick McGoo he lost his body 6 months ago to what he thought was a young lady according to the diary in her handbag it had been going on for years and all you have to do to become a man again is to sleep with 60 men in 6 months and you will be able to take over the body of the last man you slept with leaving them trapped in that one but if you did not you would be trapped in it for the rest of your life.

Before climbing out of bed scratching his balls and saying it feels good to have a pair of them again then slipping on Samuels clothes throwing $300 on the bed and storming out the motel with a screaming naked Samuel behind him as he climbed into the cab of Samuels truck and drove off.

For the first day and night Samuel was in a state of utter panic and shock he just sat there on the bed reading the diary trying to find any possible way out without sleeping with 60 men but there was no way and he would have to do it if he ever wanted to be a man again.

That was almost three months ago and Samuel was just getting ready for another shift.

He was hoping for 10 tonight as he was trying to get through them as quickly as possible knowing that he was going to be very sore in the morning. 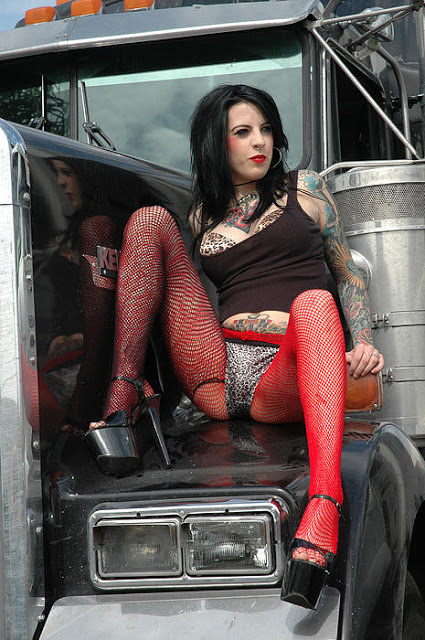