Walking through a industrial warehouse area after my minimum wage job staking sacks on cargo pallets, I saw a note on a door: “Test subjects wanted, $100 each” I was curious so I knocked on the door and asked about the sign.
“We have created a cure for all aging and disease” The grey haired man in a lab coat said.
“Really how does it work, and how come you still have grey hair” I said.
“It is a new kind of plastic that reflects and amplifies spiritual energy, simply put on the suit and you will be cocooned in your own psychic energy so your body will be transformed to reflect your inner soul. You will be the first human to try it!”
“Why haven’t you tried it already?” I asked
“Well obviously as a scientist I have to observe, don’t worry it worked on all the animals.”
“And all the animals are fine?”
“Well some of them suffocated when we shrink wrapped them but that is fixed now, our new suit has a head hole and everything.”
I thought he seemed crazy but I was still curious, so I walked in.
“That is the suit over there” another grey haired man said, pointing at a rack of plastic overalls. I lifted up a baggy sleeve it just looked like ordinary plastic to me.
“So all I have to do is put this on and you give me $100?”
“Yes, just strip off first so we can take some before photos”
These were obviously crazy quacks but as $100 would not hurt, so I agreed.
“Ah yes, a bald spot and some scars, those are all treatable.” They said as they took the photos of me. I put on the plastic overall and black rubber “insulation boots & gloves” as instructed, they zipped up the back of the overall, and as I expected nothing happened.
“Now sit on the the waiting chair for 10 minutes.” I was told
But while walking to the chair I suddenly slipped and landed on my chest painfully winding me. Just as I was about to push myself up I saw the gloves and sleeves on my arms seemed to be getting tighter and tighter, so tight it looked like my arms were getting smaller. My bruised rib cage then got some relief as pair of small pillows seemed to be expending underneath them which I suddenly realized seemed to be part of me. I looked across to a mirror and watched my brown hair grow long and blond my face get all small and pretty. My butt and hips swelled while my feet and shins shrunk. “The boots are rather plain I thought.” and the boots suddenly morphed into a pair of platform heels. I imagined my hair being braided and it suddenly twisted itself into a braid. I wondered what my new face would look like with make up and it sullenly seeped out of my skin. I lifted my feet to get a better angle in the mirror and they came right over and landed next to my head. “WOW I am flexible!” I shouted with my new little high pitched voice. I could feel the plastic suit pressing against my new flat crotch making it wet. “Fascinating” said a scientist, it was only now my attention was drawn to the two scientists who had been recording me with cameras the whole time.
“Tell me have you ever fantasized about being a woman” he asked.
“I.. errr.”
“I will take your blushing as a yes”
I said nothing to contradict him.

After a couple of celebratory drinks which seemed to go strait to the scientists heads, they tried on a pair of overalls themselves when I dared them to, and they turned into a pair of young handsome muscly men with big donkey dicks. At first the shrunken tight plastic suit seemed hard to take off but then I remembered the plastics transforming powers and the crotch of the suit became a nice mini skirt for easy access so the two old scientists who where now young hunks could shaft my tight pussy and ass all evening. But eventually they grew tired and went to bed. So I caught a bus to the city nightclubs in my new plastic catsuit looking for more.

All and all the the best $100 I ever earned, it even came with a new outfit, and it heals everything and does my hair and makeup whenever I put it on, so I use it at least once a day even if I plan on wearing something else. 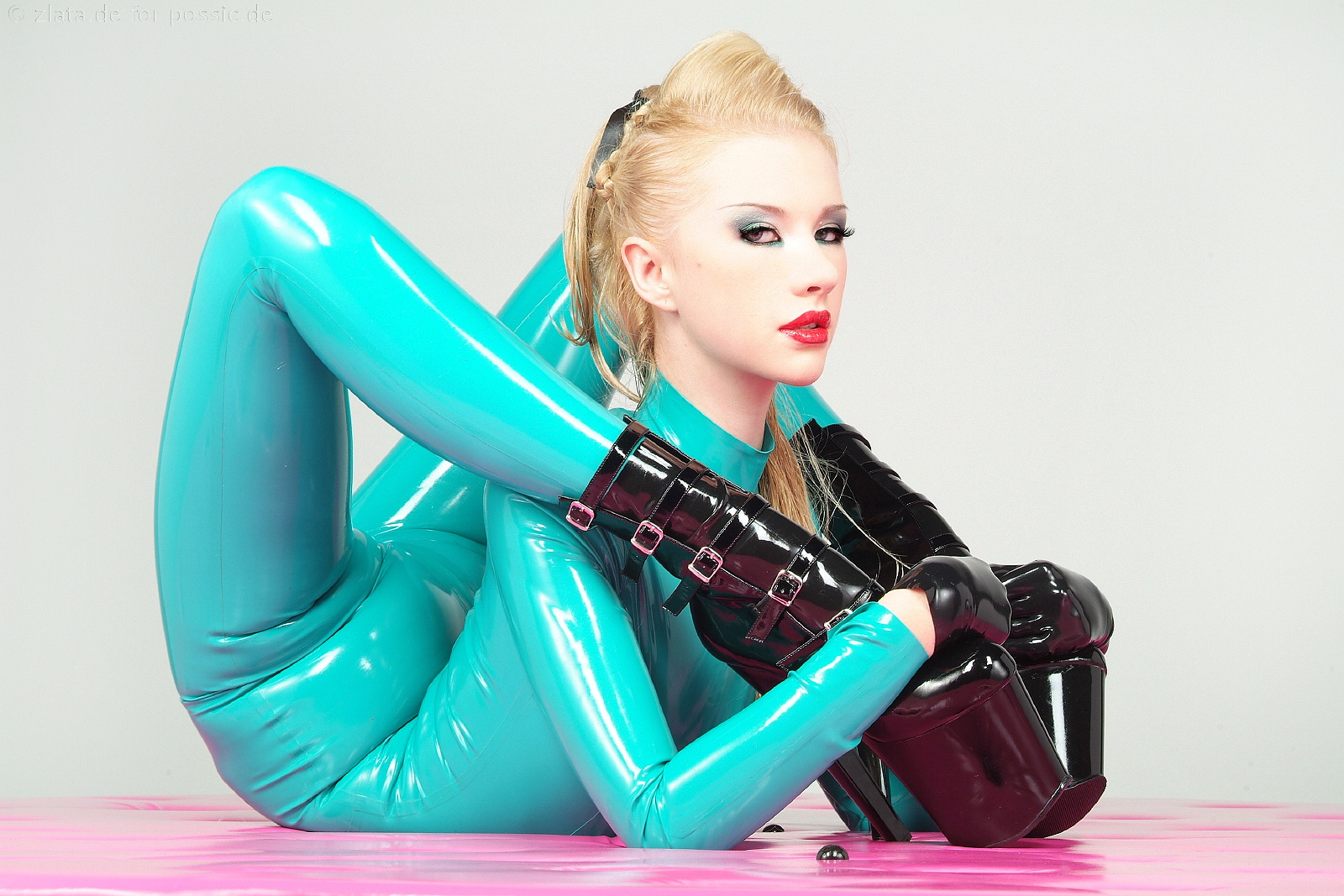