I started to polish the dirty oil lamp I had bought from the flea market earlier today to see if I could restore it and make a buck on it. To my big suprise a mist is emitted from the lamp and from that very mist a muscular blue appear.
– Your wish is my command –
I looked at the big man standing in front of me with a gaping mouth and staring eyes.
– Three wishes will be bestowed upon you. Chose them well. You are not allowed to change your riches or use a wish against another human. Those are the rules –
The genie, it has to be a genie I thought, fell silet and unmoving after uttering those words.
“Um, hello?”
No answer.
“Helloooo?”
The genie was as stoic as before. No reaction.
Three wishes eh? And not wishing for money and I cannot make either Greg the scumbag turn into a dog or make Michelle love me. What to do instead? I do harbor a deep desire to travel the globe, maybe this was my chance?
“Yo genie! Here´s what I wish:
1: I can travel anywhere just by thinking about it.
2: Wherever I go I will be totally immersed in the local culture.
3: I will look like one of the natives.”

The genie turned towards me and his eyes glowed white. His hands met each other in a thunderclap and a gust of wind swept through my apartment.
– IT IS DONE –
His form turned to smoke again that entered the oil lamp that I had bought earlier. There was an another thunderclap and a blinding light and the oil lamp was gone.
“Did that just happen?”, I thought. “Trippy”.
Alright. What did I wish for? Oh yeah. Go anywhere and act like I belonged. That if something would be the ultimate vacation. Salesmen on the street only pester tourists and with knowledge of the language and customs I could pass for a local. Perfect!
So. I had the whole world to chose from. Where should I go next?
My eyes looked around my apartment to give me some sort of inspiration. In the corner of my eye I saw an old playboy lying around and on the front page they had the Swedish Bikini Team.
Sweden. The land of blonde tall babes. That would be a good start.
I focused quite hard on the country I wanted to go to, closing my eyes in the process. All of sudden I felt chilly and a cold wind was sweeping around me. When I opened my eyes the only thing I saw was snow, tree´s and a pair of scattered houses in the vicinity.
So this was Sweden? Colder than I had imagined.
Another gust of wind blew long blonde hair into my face. “Vad i helvete?” (What the hell?). What did I just say? And what´s it with that voice?
I removed the hair and noticed that my hands was slender and my nails seemed manicured. My arms seemed slender and smaller too. I looked down and was suprised that I hadn´t noticed those to giant breasts on my chest earlier.
“J-Jag ser ut som en kvinna?” (I-I look like a woman?)
It felt natural somehow being a woman. Was it the wish that had done this that I was comfortable being a female?
Ugh. It was too cold outside for clothes like this…but I looked good in them. Showed off my curves.
I agreed with myself. I did look good in them.
Wait. No! I´m a man!
No I`m not. I`m a woman. See, I´ve got boobs. Big boobs. And a pussy. That makes me a woman.
Screw this! I`m going back home. I closed my eyes and tried to concentrate. But it was hard. I felt the power gathering but it kinda fizzled out, making me stuck here.
“Det finns nog personer hemma” (There´s probably people at home), I said to myself and decided to visit one of the houses in the vicinity.
I admired my body more and more, I was totally a babe. What man wouldn´t want me now?
“No! I´m still a man”, my mind raged.
One of my hands reached for my groin and found only flatness. “Nej, jag är en kvinna”, (No, I´m a woman). The other touched my breast. “Definitivt en kvinna” (Definately a woman), I said to myself.
I felt the sense of me being replaced by someone else. “No!I refuse! I`m a man and my name is….Ingrid”, I yelled in my mind.
From my luscious lips I completed my name: “….Svensson. Mitt namn är Ingrid Svensson”. (…My name is Ingrid Svensson). I smiled at that, finally I knew who I am.
My choice of clothing had been calculated, I knew that few men could resist me seeing me in these revealing clothes. My pants was like a second skin and my breasts was perectly accentuated by my bra and top. Having my jacket opened like that sent a message that couldn´t be misinterpreted.

I was at the house now. Without hesistation I plinged the doorbell and waited for someone to open up. I was in luck as there was an guy about the same age as myself opening up.
“Ja?”, (Yes?). He was good looking. Tall, muscular and blonde like me.
“Min bil har gått sönder”, (My car has broke down)
“Kan jag komma in här och värma mig?” (Can I come inside and get some warmth?). I squeezed together my breasts to really hit home the message.
“Självklart. Kom in!”(Of course. Come in!)
He let me inside and as soon as he closed the door behind me I walked up to him and embraced him close to me. I whispered in his ear: “Jag kommer att behöva massor med värme” (I will need a lot of heat).
The lust was burning in his eyes. He put one of his strongs arms around my midriff and pulled me even closer and the other hand behind my head to guide my mouth to his mouth. Our lips met and we didn´t even stop kissing when we were undressing each other in the hallway.
We had fantastic sex and he made me his woman that evening. We are still together and I never want to leave him.

There you have it. The Swedish Sin and Blonde Babes can be an interesting mix. 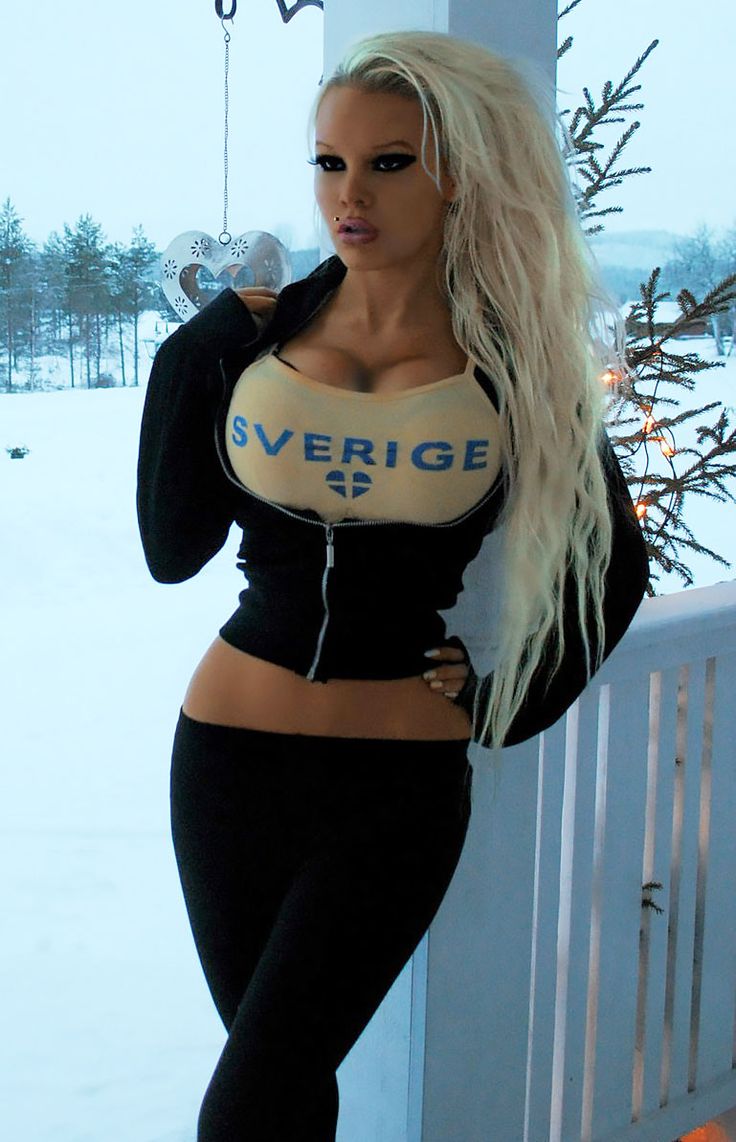