I have not felt this small since freshman year of high school. That’s the one of the strangest thing to me, everything seems bigger: tables, cars, people. Before the Great Shift I was tall, very tall, the last time I checked my height I stood at 7′ 3″, I dominated the court. Back then everything in the world felt like it was built for midgets, now it feels like everything is built for giants. I dunked with hardly an effort but now I can’t even touch the very bottom of the net. On the day of the great shift I swapped into the body of a woman named Roslin, but everyone around me called my ‘Rosy’. ‘Rosy’ is, I am, 5′ 0″ 115 pounds with DDs and aged 18 (I used to be 30).
The physical changes have been shocking, men catcall me, employers dismiss me and women who I normally would have hit on are now intimidating. The bigger change has been Rosy’s intelligence, or lack there of. I was never a genius in my old life but I had graduated college and held my own but Rosy seems to be on the shallow end of the gene pool for brains. I find every day tasks impossible to perform and I often struggle until some man comes and helps me. He’ll come up to me at the counter in a bank and help me deposit a check, he’ll also grab my butt and call me ‘baby’. It’s degrading, or at least it was. More and more recently I find myself yearning for them, I used to cringe when some guy would slap my ass but now I can hardly resist the urge to go rub one out.
These urges have started to change everything about me, I dress like a girl, I got my hair dyed, I have even stopped resisting the urge to speak and behave like a bimbo. ‘Like’ is now my most common word and anything beyond two or three syllables is impossible for me to pronounce. The scariest thing happened three weeks ago. I was sitting at a stop light when I turned my head and saw a man sitting in the car in the next lane. He looked a lot like I used to; tall, dark, muscular. We made eye contact and instead of looking away quickly as I would normally do I rolled down my window.
“Hey boy” I greeted him and smiled
“Hey Baby, I like your car”
“Thanks -giggle- I like your ca-COCK” I wanted to die but instead i began twirling my hair
We ended up going to his place and he fucked my brains out, I think literally
Ever since then I’ve been helpless when I see guys, I think I’ve sucked two dozen dicks in the last ten days. I spend every waking moment thinking about cock, doing make up and flirting. I probably would have lost my job except I practically spend the entire time under my boss’ desk. A few days ago he put a collar around my neck and leashed me to the desk, naked, my whole office could see me through the windows. I should have been humiliated, instead I was the wettest I’ve ever been.
Currently I’m sitting outside my apartment building waiting for a ride, I don’t have one planned but I don’t really have trouble finding a nice man to give me a ride these days. 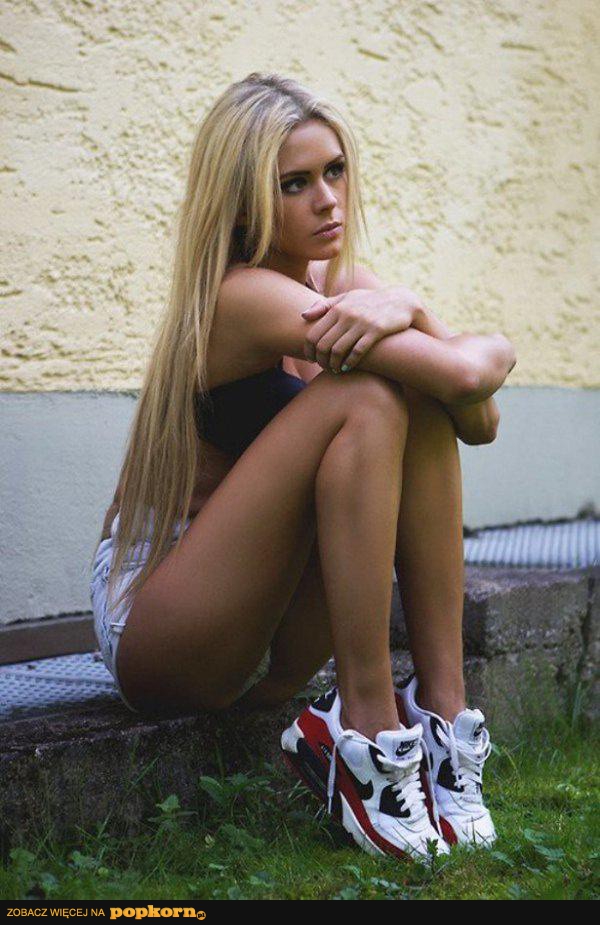