Jeff was a loner, he always wanted to be at home and didn’t talk too much, That was why he was astonished when he was invited to the Halloween Costume Party of the college football team, it was an anual huge event and he even heard that those were the kind of parties where he could lose his virginityHe didn’t own any kind of costume, but luckily the invitation said that it was going to be provided. When he got there he immediately felt out of place, there where only guys from the team or hot girls in costume, no other guy like him, no one knew him there and all the girls were accompanied by at least two guysBut suddenly one of the players told him that they were expecting him and lend him a trident and some cheap plastic devil horns. Suddenly, the instant he put them on, he felt some changes not only in his body but also his clothes. He was now a blonde bombshell wearing a costume made of what you could only descibe as lingerie.They told Jeannie that she didn’t need to worry, the effects would only last 24hrs, just like the party, and that every girl there was in the same situation so she wasn’t out of placeAt least after this party everyone in the team was going to remember every inch of her, and she will certainly lose her virginity, all of them 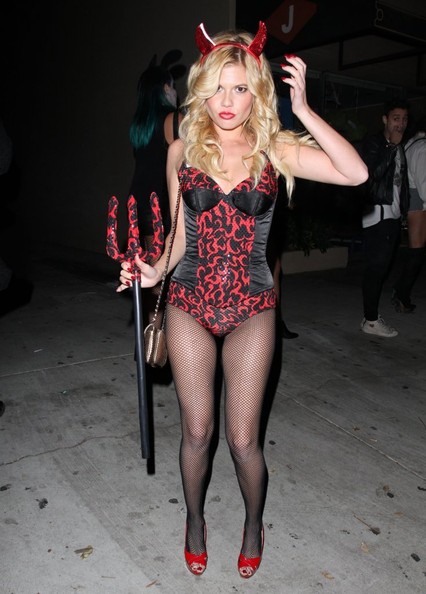