Tad tried Newlywed VR, but when he entered was shocked to see he had a set of female legs with white thigh highs on and large breasts tucked away in a white satin bra. He was in a bedroom and the lighting was realistic, he could see the light reflecting on the wall from the window. He was about to exit, but a strange glitch in the program would not allow it. He was starting to panic when a man entered the room.

The man was a short, but muscular guy smiling, nude and with his cock at attention. Tad knew where this going, and he tried again to get out, but couldn’t! He would have to get up and run from the virtual bedroom… if he could that is. He tried for the door, but it wouldn’t open.

The man said, “So Felicity, trying to play hard to get, baby? We’re just married, and we were supposed to have the best sex of our lives. That after wedding sex. Don’t worry, I’ll get you and we’ll make sweet love all day and night.”

Tad, now Felicity, tried and tried, but it was not use, and before she could react, her new “hubby” pulled down her white panties, and shoved it in, all 9 inches of it, from behind him. He was mounted and his hubby bent him over, his boobs swaying even in the bra, as his new hubby pumped into him. Tad could feel the pleasure just as he felt the boobs and pussy and stockings he had on as well. Finally the guy exploded inside him, and he could feel it go inside him. He then shuddered in orgasm, almost as if it was forced by the program, and waves of pleasure, intense womanly pleasure was sent throughout his body after it was in his loins.

Tad was humiliated, and wondered why he enjoyed sex with a dude so much, but he did for some weird reason. He thought the program would end now, but it didn’t! There was more.

“You were wonderful baby, time to shower together,” said the man.

He was able to open that bedroom door that Tad had desperately tried and failed to, and was escorted to the bathroom and the shower. The husband took off his bra, letting his big boobs free, and pulled down his panties once more this time all the way to his tiny nylon encased feet, and told him to step out of them. He then gently pulled down the stockings, and told Tad to step out of them as well. He took his new wife to the shower.

He thought then the program would end, and it did, only what happened next was even more shocking. When he took off the VR, he had the same body as in the VR program, and he could still taste the cum in his mouth from his virtual hubby. On the floor was the bra and panties, and the white stockings, and in the corner a wedding dress and heels. This experimental VR had not only gave him a life changing VR experience, it gave him a life changing real one as well, changing him from male to female. He looked in the mirror, and realized he was the hot chick he had been in the VR, the only exception was there was no husband this time. However with his new feelings and desires, he definitely would need a man soon enough in the real world. 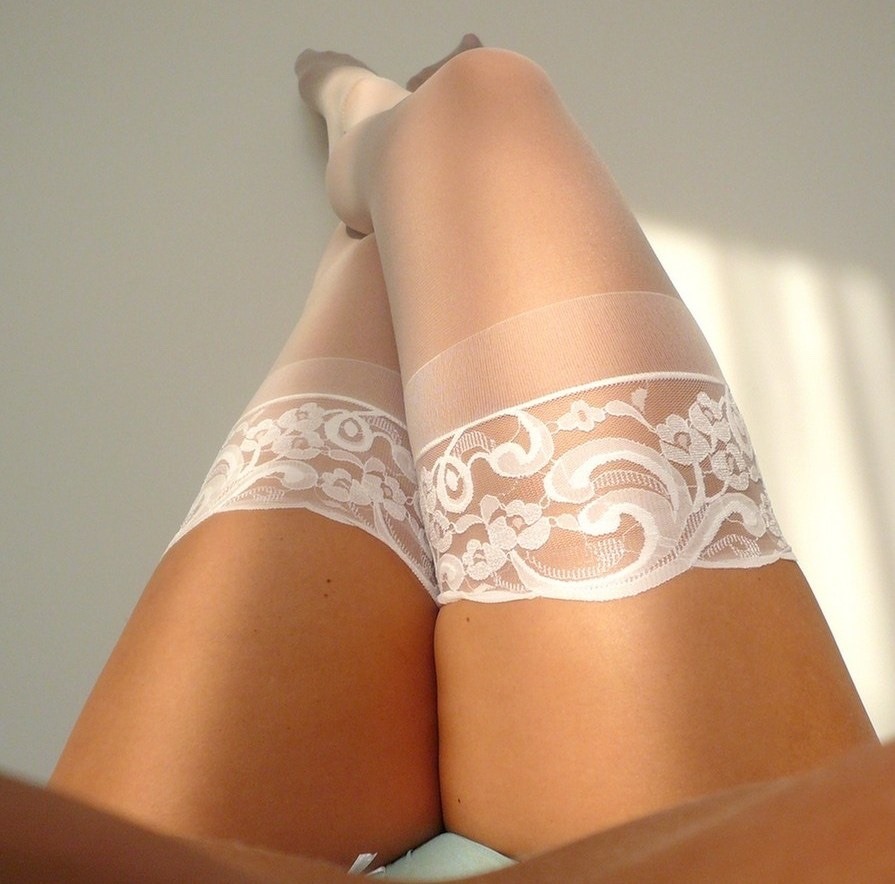