I’m standing here in the shower on Saturday morning trying to wash the filth off me and trying to figure out how I screwed up so badly. It all started a week ago Friday night when my girlfriend of 2 years, Sarah, and I had her best friend Elisha over for dinner, drinks, and games. We were having a good time until that game of spin the bottle which was Sarah’s idea btw. It all started innocently enough or so I thought when she took my empty beer bottle and spun it. When it landed on Elisha she dared her to take off her shirt. To my surprise she did! That’s how the game started and since it seemed Elisha was willing to play with just the 3 of us I was totally down as well. Little did I know it then that this was the beginning of my end.

We were going round after round kissing each other, getting more and more nude, and answering embarrassing questions. After 30 mins of playing we were all naked. It was Sarah’s turn and it landed on me. She dared Elisha and I to swap our underwear but before putting it on we had to touch a strange medallion she pulled from her purse to the underwear. While this seemed ridiculous I didn’t see any harm in doing so. So I took the medallion that had a picture of a guy on one side and the word Zulu embossed on the other and touched Elisha’s bra and panties with it. I then handed it to Elisha and she did the same with my briefs. We then put on each others undergarments. After a few more spins apiece followed mostly with heavy making out I was feeling strange which I thought was just from being so turned on until Sarah’s spin landed on me again and she asked me how I was feeling. When I went to answer my voice sounded like a girls! Not just any girl but like Elisha’s! I also felt hair tickling my shoulders? I looked at Elisha and her hair seemed to be getting shorter like mine was!

Sarah then says “Sorry babe, I love you and all but I just have more fun with Elisha. Since I’m not a lesbian I couldn’t be with her but when we found a way for her to become a man, well we both thought you were hot and well, you know the rest. At least you get to be a sexy hot girl too.”

I pleaded with them to undo it but they said that the powers of the Medallion take a year to rebuild. Now for the worst part. The changes don’t happen all at once but can take days if not weeks. Why is that the worst? Well can you imagine going out in public with a guys face with stubble and having a woman’s hair, voice, and eventually boobs. Because of this both Elisha and I took a weeks vacation and we took turns at each others places learning the other person’s lives. I decided to keep a journal too.

Sat: I woke up and most of my body hair was gone although my facial hair hadn’t changed. As the day progressed my nipples became more sensitive and my nails had grown. At the end of the day I measured my height and I am 6’2″. I had shrunk and inch. I also went from 205 lbs to 195.

Sun: I woke up feeling energetic. After my shower I examined my body. My aerolas are larger and my nipples are the size of pencil erasers. In fact they look just like Elisha’s. I seem to have lost muscle and I’m becoming smooth and toned. My balls do not feel as large and my dick seems to have shrunk a little bit. As the day went on I had this uneasy feeling in my abdomen. Kind of like butterflies that wouldn’t go away. It’s bedtime and I’m 6’1″ and 185 lbs.

Mon: My breasts are starting to form. They’re not real big but I definitely can see lumps forming under my nipples. I have lost most of my muscle and I now have soft smooth skin. My hips seem wider, butt more round, and waist thinner. My dick is about half it’s original size. I examine my face closer and I see minor changes. I have her eyes and my nose looks different too. Throughout the day I found myself lingering on the Lifetime channel. It’s 10 pm and I’m 6’0″ and 165 lbs! Must be because all the muscle mass is gone.

Tues: I definitely can see lumps on my chest. I’m about an A cup. My waist is even more slim, butt has more cushion, etc. My hands and feet look like a girls. My nails have grown so fast. They are now the length most girls wear theirs at. My hair is as long as Elisha’s was the night we touched the Medallion. Oh, my little guy is now just 1/4 it’s original size. My balls are like large peanuts. My cheekbones look more like Elisha’s and my ears have changed. As the day passes my abs are going crazy again. I can barely stand it! It’s now 5 pm and about an hour ago I felt my balls move into my body. It was very painful and I couldn’t move until now. As I laid as still as possible I felt them move up into my abdomen to about the spot where a woman’s ovaries are. It’s now 9 pm and I’m going to be early as today’s changes took alot out of me. I’m 5’10” and 155 lbs.

Wed: I had the strangest dreams last night. I drempt of being on dates with guys and getting to 2nd base. My breasts are now a B cup. My dick is barely visible. My ball sack is morphing into labia. I see a vertical indent forming. Besides my boobs, pussy, and face, the rest of my body looks like Elisha. Did I just say my pussy! Fuck. My face looks feminine but something about my jaw still looks manly. I’ve left my facial hair alone because it’s a reminder of me. It’s 10 pm again and I’m 5’9″ 145 lbs.

Thurs: My boobs are a full C cup. My penis is gone and I now have a clit. The outer lips of my pussy are complete but I still don’t have an opening to my vagina. My pussy lips actually wrap around my finger. I’ll never think about a hot dog the same again! My face now looks just like Elisha and I ended up shaving my hair. It’s hard to explain but I’ve had thoughts and memories from Elisha too. For example, I can remember her birthday party from last month. She or he tells me I have her mannerisms too. Throughout the day I felt my womb being finished. It was just this feeling only a girl knows. It’s bedtime and I put on my favorite pink nightie. I’m 5’7″ 140 lbs.

Friday: I’m fully a woman! My opening is there! I have a complete pussy and vagina! My breasts are the size of Elisha’s at a small D cup. Today Elisha showed me where she hid her vibrators and well, also showed me how to use them. 🙂 Bliss!!! I can’t believe I’m writing this but I love being a girl. It’s 9 pm and tonight I’m not going to bed but going out clubbing with Sarah and Derek. I’m 5’6″ 135 lbs.

I’m standing here in the shower on Saturday morning trying to wash the filth off from that douche-bag I hooked up with last night. The sex was amazing but I feel so dirty! No more hook ups, I need a boyfriend. I know, I’ll call my best friend Sarah. 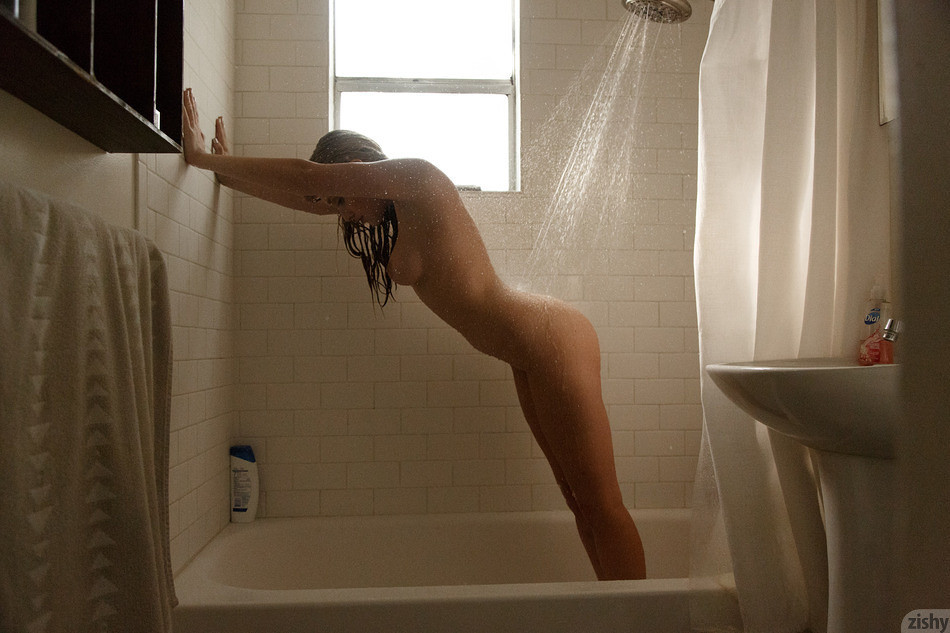