I was so excited when my agent told me he had secured me a modeling gig. I was a bit bummed to find out it was just being a Car Babe at a Car Show, but money was tight so I told him I was in before he even told me more about the show. He told me to expect a package with the outfit within a few days

Sure enough, the next day a package arrived with a letter explaining where I needed to be and when- tomorrow- wow that was a quick turn around. I pulled the outfits out of the package, strangely it was still was in the bag from where it had been ordered…some place named Bella’s.

A tight blue top, yoga pants, and boots. I tried it on, and looked good. But all I could think was “Oh great, I get to be ogled all day”. But then I noticed another set of the clothes in there. Weird- why would they ship me two? I lay it out on the counter to figure out later. I was hungry, and my brother was coming over for dinner to talk about his job search effort now that he was unemployed.

I was still wearing my outfit, making a quick pizza, when Al arrived. “Woah Lisa, whats the outfit for?” I explained the modeling gig. Then he noticed the pile of clothes on the counter. “Why did they send you two?” “No clue”. He started joking around trying to put on the tight blue top- “I’m sure I’ll look great in it sis, it’s so me!” I busted up laughing. But then it oddly fit over his arms, and he was even able to zip it up. “How do I look” he asked me with a spin as I laughed more. “Oh the zippers stuck” he told me, as I watched him struggle to get the top off.

He suddenly stared off in a daze. He grabbed the yoga pants, pulled off his own jeans, and slid them on over his boxers (which did actually cause me to giggle to myself for how weird it looked). Then the boots, which also somehow fit him. “Umm, Al, isn’t this a bit over the top for you?” He stared into space for a second, then looked at me. “Lisa, what just happened? I zoned out for a second and suddenly I’m wearing the whole outfit?” “Everything ok bro? Did you take some funky meds or something this afternoon?” “Lisa, you know I’m not like that. Something feels off.” I had him sit on the couch, but as he sat down I noticed something, his t shirt that was underneath the top seemed to be shrinking. And it was exposing a tight, hairless, and very feminine midriff.

“How are you feeling Al?” I asked, watching in shock as his short blonder hair began to lengthen, heading towards his shoulders, and looking very full.
“I don’t know, I just feel a little off.” he said looking pained “why is something…wrong?” And with the last word his voice suddenly went way up, sounding a lot more like mine.
“Lisa whats going on?” he pleaded to me.
“Al, this is going to sound crazy, but I think you are turning into a woman. I don’t really have an idea how- but the voice, hair, and midriff all make me think that. ” He looked down, shocked at the changes.
Then I noticed that the t shirt had transformed into something else, a bra, with lots of padding. But nothing could prepare me for watching my brother grow two very nice pert round breasts, that showed a lot of cleavage in the revealing top.
“I know you won’t appreciate this Al, but its no fair that you just grew in a minute what took me years!”
“Shut up Lisa, this isn’t funny, I’m not a woman. How do we make this stop?”
“I would have stopped it if I knew how Al.”
He went silent and looked like he was in pain. As I stared at him I couldn’t help but think he looked shorter, curvier, and like he weighed a lot less. Even weirder, I felt like I was looking in a mirror- his body seemed to be reshaping to look a lot like mine.
Besides a bulge in his pants, his body actually seemed to be fitting the outfit correctly now.
I had him stand up. Yep, we were the same height, and he had a curvaceous ass to fill out the yoga pants- did my ass look that good?
I turned him around to look him in the face- only to see a mirror image of my face staring back.

“I don’t know how to put this Al, but I think you are turning into my twin, and there is only one change left that I can think of” I said while pointing at his junk.
“No NO NO NO NO. Anything but my junk. Lisa make it….” He doubled over in pain for nearly a minute, but when he rose back up, I realized that Al was he no longer- he was definitely now fully a she.

“How you feeling Al?” I hesitantly asked.
“Surprisingly good actually Sis. Now that the pain is subsided, this just feels right. This feels like a better way to be me. And my memories seem to show us being rising twin models- which is a lot better than me being unemployed. I’m Ally, your twin sister. Doesn’t this just feel right?”
I suddenly had a rush of love for my new sister, and embraced her in a tight hug.
“Love you Ally, I’m sorry that this happened but also happy.”

I looked over the modeling instructions, I noticed in the description that it said it was for twin sisters, had that been there before? I couldn’t remember.

Ally and I spent the night together- it was so different having a twin sister, we were so close! We talked all about life, about new plans, about modeling, and even about boys!

Heres a picture from our Car Modeling gig the next day. We’ve already got a handful of photoshoots scheduled for the next weeks, and Ally has a date scheduled with a hot race car driver she met at the car show. I really love being models together! 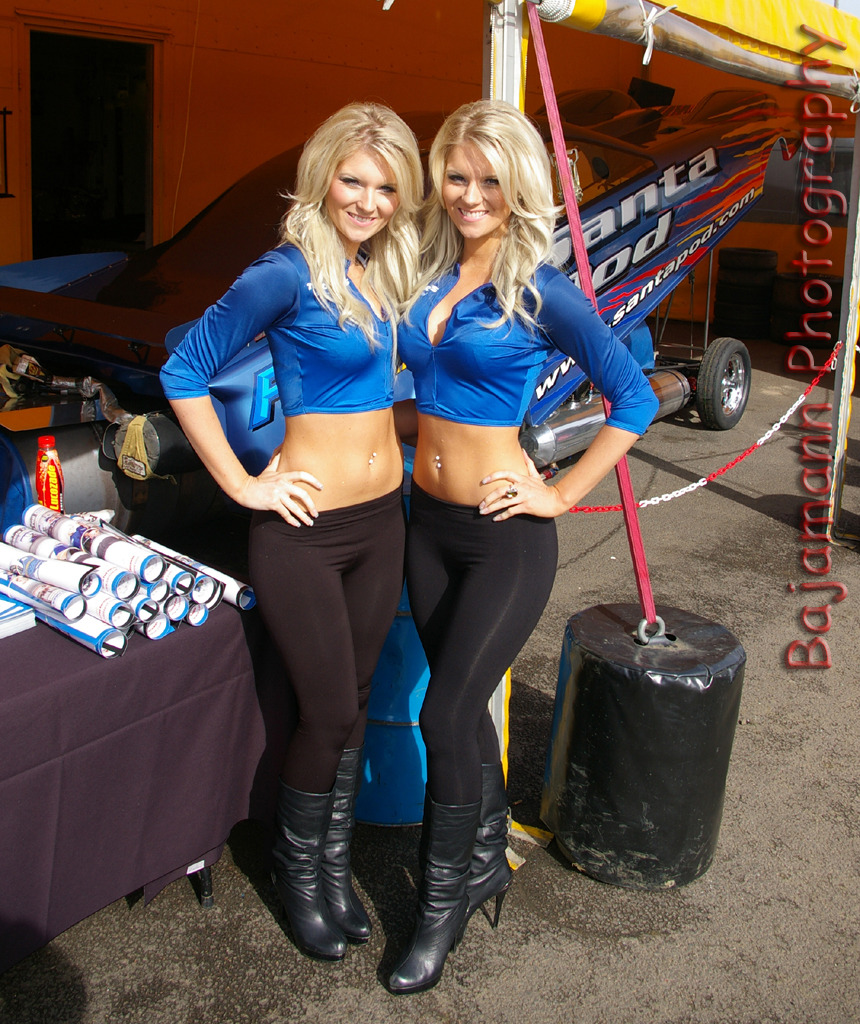