Later at the bathroom at a party Randy and Megan attended, Megan was just leaving the bathroom, as Tad walked in with a big mouth.

“So, Megan, I’m surprised your not in here with Randy,” said Tad smiling.

“What do you mean by that, Tad,” asked Megan.

Then three men came out of the bedroom that lead to that same bathroom, and one said, “Wow, Tatiana, you are one hot mess. WE did a number on you baby sexy! No wonder your name is Tatiana Lolotta Lotion, you love to wear that ‘lotion’ all over you! We’ll have to do this again sometime, Miss Lotion!” 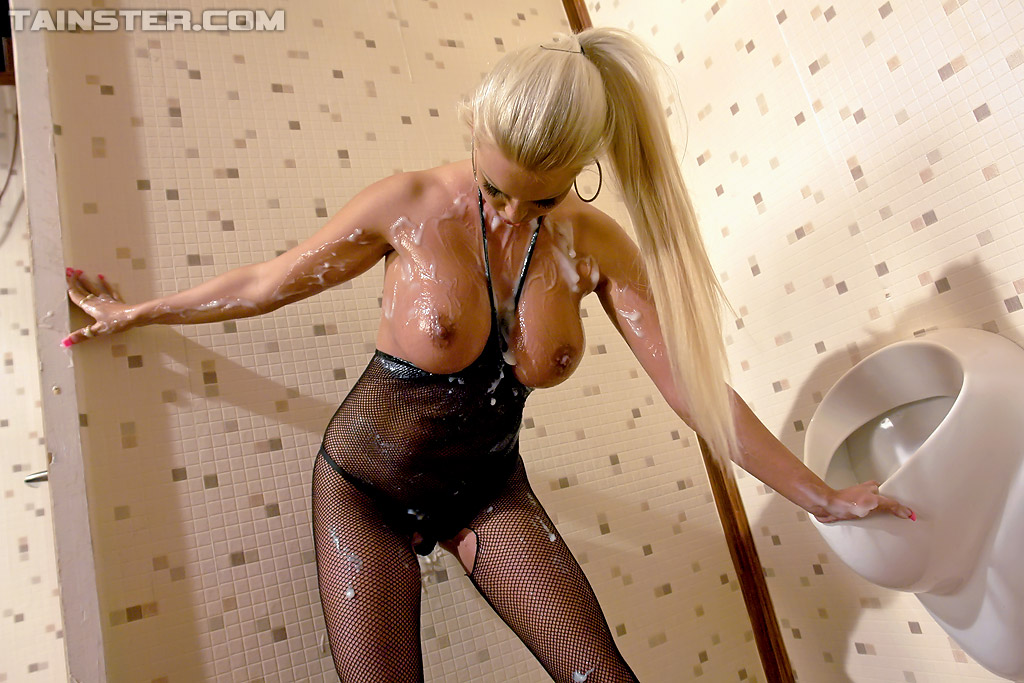