“I will get you the next time, Jason”
“Hah! Like that would ever happen, Nick”
“Both of you were just lucky on this track. I´ll get ya the next time”, Greg said.

It was the first Saturday in the month and that meant gaming day. The three friends gathered at Jason´s apartment and played the game of the day. On this particular day it was a racing game.

“What´s that?”, Nick pointed at a trinket he hadn´t seen before. It was made out of something that looked like a long rod formed into a tall cone with a stone at the top. Very indie-esque.
“That´s something I got from my late grandmother. She died a couple of weeks ago and mom said she wanted me to have this”.
“I`m so sorry man”, the other two condoleanced.
They went silent for a couple of seconds.
“Were you close?”, Nick said.
Jason scratched his beard. “Well, I was at her place a lot as a kid but only now and then when I became an adult. Work and distances made it hard for me to visit her”. He paused. “Too bad, I know how much she wanted grandchildren but I hasn´t been able to give them to her. You know, sometimes I wish I had an family of my own…”
The other two patted his back, he was their friend after all. Greg comforted his friend and said: “You do. You have us”.
Out of the blue the stone atop the metal rod cone began to shine with a brilliant light, blinding all three guys momentarily.
“What´s happening?!”
“I-I´m shrinking!” Greg was slowly losing height and body mass.
“M-me too!”, Nick shouted.
Greg stopped shrinking when he had lost ten inches and several pounds of muscles.
Nick on the other and was still shrinking and looked like fifteen again.
“I cant move!”, Jason yelled.
“Help us!” Greg and Nick cried out in fear.
On Greg his hair grew past his shoulders and all of features became more rounded.
Nick continued to shrink. He was about pre-puberty now.
Now, as opposed to earlier Greg gained mass instead as boobs formed on his chest, and his butt exploded outwards, ripping his pants. “AAAAAAaaaaaaah!”, Greg´s voice went from a deep alto to a high soprano.
“I´m becoming a woman!”
“I`m scared”, Nick said in his seven year old body.
“Holy shit”. Jason was horrified on what was happening in front of his eyes.
Greg´s sides caved in and finally gave him his female hourglass shape.
Nick was just about three years now.
“It´s all my fault”, Jason blamed himself.
“Oh Oh Oh Oh”, Greg moaned. His dick was fully erect through his broken pants, standing salute. But as the same way the tower of a submarine descends to under the surface of the ocean, his cock did the same. It descended into his body and instead formed a hole into his new ovaries.
Nick on the other hand was no older than a newborn baby and was still getting younger.
To make it even more gruesome an umbilical cord shot out from Greg´s vagina and attached itself to the baby Nick and began to drag him closer to her pussy.
Greg cried out in furious pain as his friend Nick was pushing his way into his belly, still unable to move anything below his neck.
Jason was just watching it all in quiet horror.
Nick was finally inside Greg and his female belly got a sizeable baby bump, which slowly got a tad smaller until it settled at being pregnant in the fifth month.
“Oh my god”, Jason whispered to himself.

The stone atop of the metal rod cone flashed once more, blinding the both of them.

“Can you feel it honey? The baby is kicking. Here, I´ll guide you”, Jenny said to her lover and father of her child.
Jason´s hands was placed on his girlfriends belly and he bursted out in a bright smile. “Yeah, I can feel it”, he said softly. It was a serene feeling of being so close to his unborn child.
Jenny turned her head and looked up into her boyfriends eyes: “Well?”, she inquired, “What name shall we give her?”
“You know, somehow I feel that Nicole is the right name for her”. 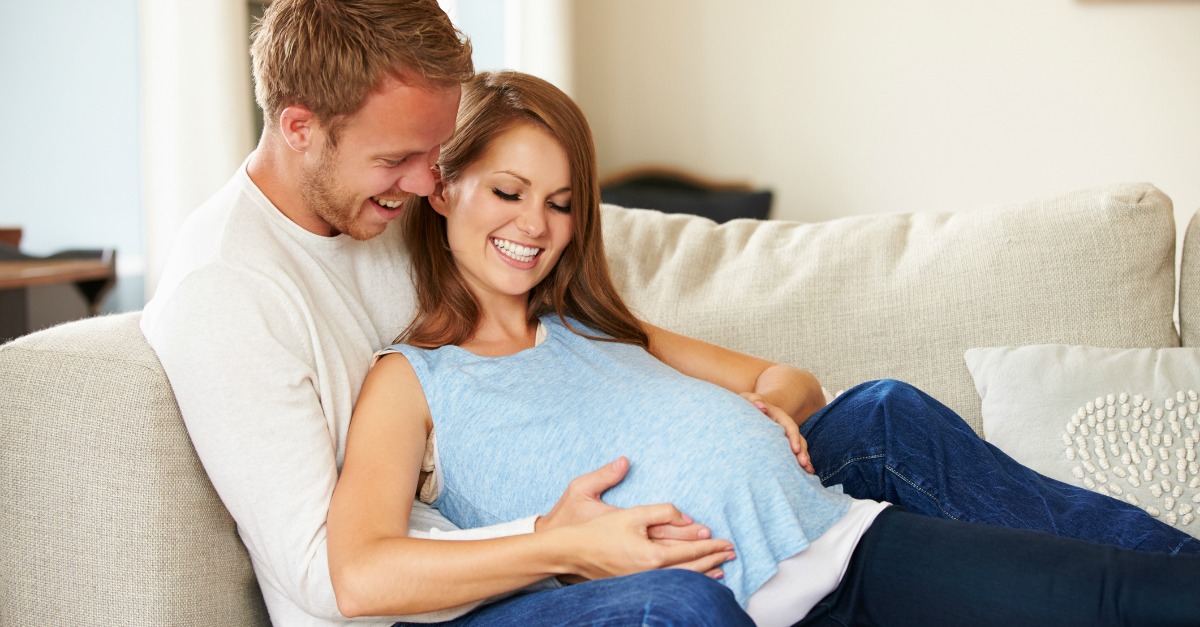