As Skxawng got home from a long day, he found a small giftwrapped box in his living room. It was his birthday, so it didn’t seem out of place. He ripped it open and found a note inside: “I hope you enjoy your birthday gift. There are no rules nor limits, and you are bound only by your imagination. Have fun, love Kimkat”.

After folding and putting the note away, he inspected the box and found a black stone. Skxawng knew exactly what kind of stone it was, “Wow, my very own wishing stone” he said outloud.

He folded the note, and took the stone out. He held it on his left hand, and before making his wish, he asked himself outloud “well, how does this work? do I say it outloud?”. Before stating his wish, he started to imagine the 21 year old girl he wanted to become. Thin, sexy, long hair, blue piercing eyes, cute face, d size breasts, hour glass figure. He had her picture in his mind. “Ok ok I know what I am going to wish” he said outloud and immidiately noticed something was off. His voice already sounded an octave higher. He looked at his hands, they were feminine alright. “All I have to do is think about it while holding the stone!” Skxawng said and giggled in excitement. “Camille” she said, saying outloud her new name.

Camille went straight to her bedroom, and placed the stone on her bed. She took her clothes off, and started examining her new body. It was perfect, just like the girl she had imagined a few minutes ago. She just had to test her body out, she touched her nipples, squeezed her breasts, touched her clit. “This is amazing” she said.

She picked up the stone, and started throwing it in the air, thinking about a new wish. “No limits but my imagination?” she said. “Well, it is my birthday, maybe I should be having some time out on a nice beach” as soon as she thought so, she saw the whole world shift around her. One moment she was in her room, and the next she was at an exotic hotel. She did feel a little bit dizzy from the quick “teleportation”.

She rested for a while inside her room jacuzzi. She was thinking about making her next wish. She had so many options. But for now, she decided to enjoy the rest of the day by look at the sunset. It was perfect, it marked the end of her former life, and the beginning of her new one. The stone was resting on the edge of her bath. She knew that while she had only made 2 wishes so far, she had lots of time to wish a thousand more. 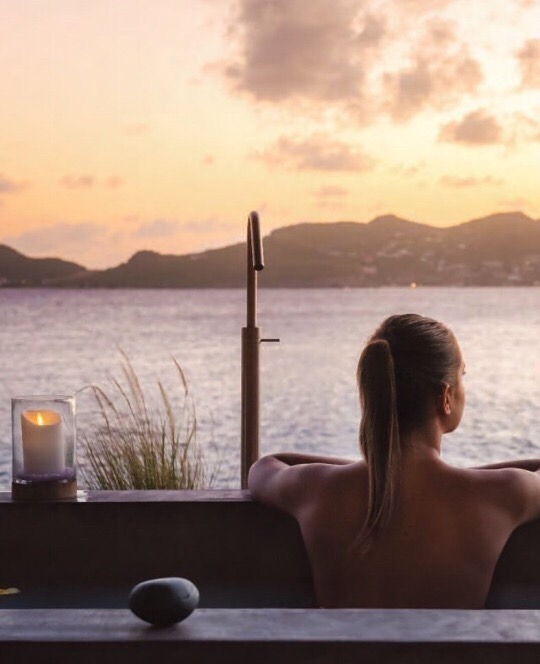