Colin could not believe how bad his life is now.

He was made redundant from his job his wife left him for his best friend, he was evicted from his apartment & is now living in his car.

Feeling down and depressed he went out to a local bar where a pretty young lady seemed very interested in him which made him feel flattered.

He remembered leaving the bar with her and then it all went dark.

He woke up feeling incredible until he noticed he was in the body of the woman he was talking to last night & was in a cheap motel room.

He started to panic and feel frightened he spotted a note sellotaped to the mirror with a $50 bill.

All it said was.
Sorry pal for leaving you in this situation but it was the only way I could see to get out of my debt you are now Candice Richard 22 years old and a prostitute your pimps name is Sydney.

About an hour later a man banged on the door shouting where’s my money bitch and with that he opened the door and gave him the $50.

The man was not happy & shouted at him you’re going to have to do better than that to ever pay off your debt bitch I want at least $500 a night.

So that’s how Colin found himself standing on the street corner turning tricks to pay off someone else’s debt. 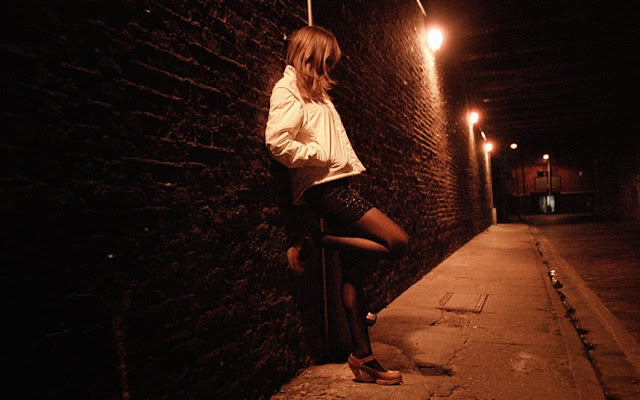