The bell knell across the ring. Oliver watched his bloodied adversary, Stanley, drag himself toward his corner. He collapsed beside his coach puking blood and was barely holding onto his consciousness. The coach injected a syringe of steroid and mended his wounds. Oliver, on the other hand, returned to his own corner unscathed. This was the end of 4th round. However, despite the unusual payout, Oliver was beginning to regret having agreed to appear this stage that night. He knew what was coming.

“Well, well, well, Oliver. You absolutely crushed Stanley. Again. You know what this means, huh?” said the referee. Oliver nodded. The referee took out a syringe filled with pink drugs and injected all of it right below Oliver’s belly button.

Of course, this sight of the heavy use of drugs amid the fight is unprecedented. However, this wasn’t any ordinary fight. It was an underground ultimate fight, where the richest and the most influential people gambled billions on the fate of the chosen fighters. However, there was one strange rule, which was meant to increase its entertainment value: Should the fight be one sided, then the dominant player would receive more and more handicaps until the odds are evened out. It would make the fight very unpredictable until the end.

Oliver, known as the best fighter in the world, was fighting against the second best–Stanley. However, even the second best was so far from the first. Hence, Oliver has been receiving the handicaps for 5th time now; The handicap Oliver was receiving was feminization.

At the end of each dominant round, the referee gave a dose of pink feminizing potion through syringes. The drugs activated immediately on bodies and thus transformed Oliver. Each of the feminizing shot had devastating effect on Oliver’s body.

2nd shot: Oliver’s facial features rearranged to appear more feminine. His voice in higher pitch and feminine. Chest hair and other bodily hairs withered and disappeared. Massive shrinkage of his testicles and penis.

Even then Oliver still beat Stanley in the ring.

And this 5th and final shot : Oliver’s was completely transformed into a woman in genetic level. She was even fertile enough to bear a child. Even everyone looking at Oliver couldn’t tell that she was previously a man. The referee also took away Oliver’s pants to humiliate her, which he justified as “weakening her stance.”

It was the last and final round. The judges decreed that there can be no more handicaps, and thus should Oliver win this round, then she won for good. But the rich and the wealthy had seen this kind of picture many many times. It was the entertainment of the night! The proud warrior, the strong man, the soldier gets subdued by her newfound femininity. The gamble wasn’t about who wins the fight; it was about how long Oliver could maintain his manhood despite his changing body. Some became complete whore on second shot; some on fourth. But no one ever lasted the fifth shot.

Stanley, although he knew he never stood chance against Oliver, agreed on this disgraceful fight knowing that he will eventually get back at Oliver. He will get to take female Oliver’s virginity at stage. That was the only way Stanley could ever stand top of Oliver, he thought. The fight money was circling around the audiences and they were anticipating the climax of the show of the night. The fall of the hero to the temptation of corporeal lust.

Stanley, knowing that by now Oliver would have completely turned into a slut, approached toward Oliver. Oliver, completely naked, stood up. Everyone was holding their breath to witness the most humiliating moment of the man. The problem being, it wasn’t the man they were expecting.

Oliver did not beg for dicks like everyone suspected, but rather threw a hook to unsuspecting Stanley. His jaw nearly popped off, Stanley fell back flat to the floor. Even with the drugs and steroids, Stanley wasn’t unable to even respond to the surroundings. Even after the fifth shot Stanley wasn’t even a match to this woman who used to be called Oliver. The crowd was completely stunned and silenced. Then, there was an uproar–the greedy people were demanding the refund of the fight monies that has been already paid due to their expectation Oliver would become a whore.

Amid the pandemonium of the greed, Oliver returned to his corner and wore his gowns. At the very far end of the stage stood Oliver’s coach, who was abducted to make Oliver agree to fight on this stage. Although he was in the custody of the organizers of the fight, the uproar Oliver caused set him free. Oliver approached him silently, walking across the feud among the rich and the wealthy.

“Well, I am the best fighter in the world. Period. Proved, ya son of bitch.” Oliver spoke to him.

“What’s with the harsh words?”

“Try not get abducted next time, then.” Oliver said, and then she kissed the coach. “By the way, I think the drug’s kicking in. I’m really hungry for some dicks between my legs.” the coach blushed. They knew what they both wanted. And to the night street they both disappeared. 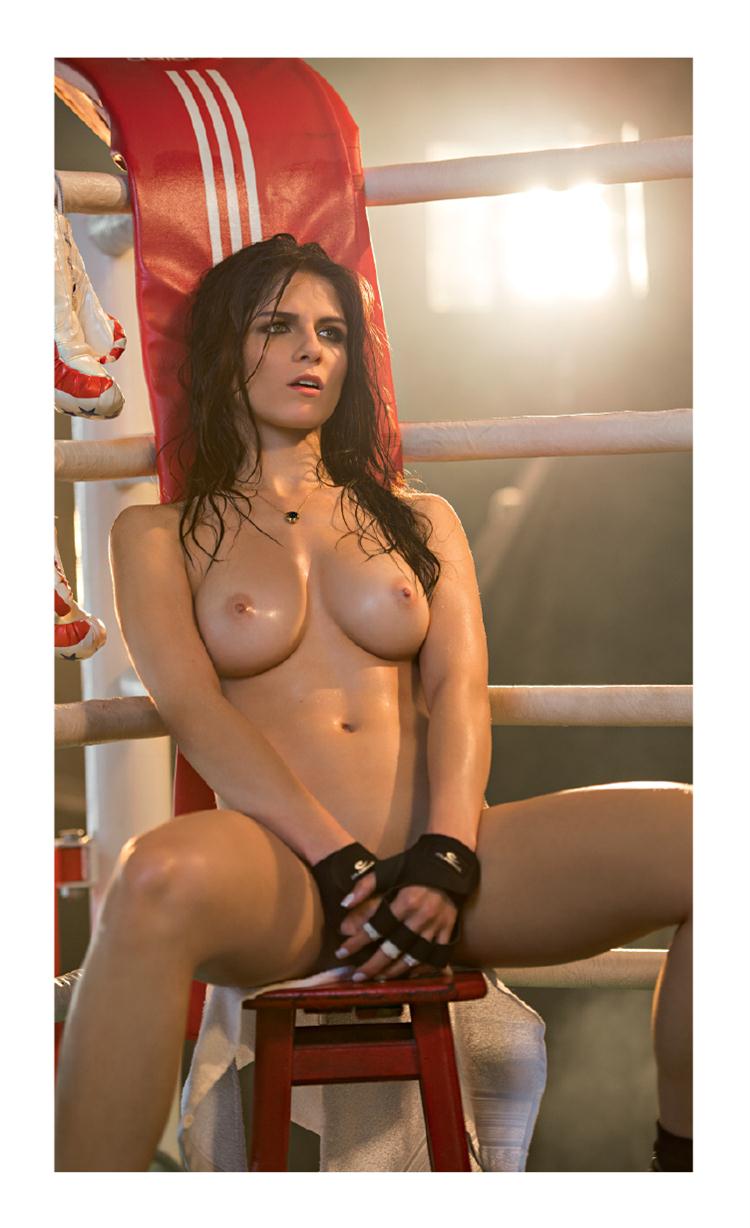