Henry was still not used to feeling his girlfriend’s hard cock pressing against his pussy. In hindsight he shouldn’t have agreed to visit that Halloween party together dressed as maid and business man with him being the maid! What had happened since then was all Sandra’s fault!

“Come on Henry”, his girlfriend Sandra had said. “It will be an awesome experience for both of us!” And boy, how right she would be!
All went smooth and Henry considered himself looking gorgeous after Sandra had dressed him in a maid’s uniform with stockings and heels and applied nice makeup. In her business suit and with short hair she looked very handsome herself. They got approving, sometimes even admiring looks from the other party guests and had lots of fun. Henry even danced with a real guy, once, giggling and talking about which of the guy’s parts he could dust later. It looked like a grand evening. Until Michael, the host’s ex husband, showed up.
He stormed the party and yelled of betrayal and revenge and wielded a small wand just like Harry Potter. He turned to his ex wife, dressed in a burlesque outfit, flirting with two guys.
“Dressed as a whore, a whore you shall be, bitch!”, he called out and a silvery flash filled the room before everything went black.

It turned out the magic of the wand had changed all party guests into their costumes! It was a surreal sight seeing superman dancing with a tree, a pony trying to drink a cocktail, policemen, cowboys and indians looking confused and dazzled.
“Henry? What happened?” A handsome guy reached out for him, helping him up. When he stood he felt the changes on his own body: His wig didn’t feel a wig anymore, the padding in his bra had merged with his body and formed soft breasts. He felt slim and delicate, still in his maid outfit, as the guy towered over him, expression changing from worry to something else.
“Come”, she said with a sonorous voice and dragged him away, Henry tripping behind in his black heels.
Sandra led them to a secluded place away from where the after-party chaos was set loose and started to make out. Henry protested, first, at least. His body reacted to the special attention in its own way and soon Henry gave in.
While Henry lost his female virginity with his back against the wall and legs around his manly wife a second flash filled the party room, reversing the spell, undoing all harm. Maybe the massive number of guests was too much power required, no one ever found out. What Henry knew: They had missed their ticket back into their old lives being elsewhere when the reversion happened. They would be trapped in their new bodies forever. They found out later that the spell had not only afffected their bodies but their minds as well. After coping with the changes it was still very hard for Henry to think of him as anything else but his master’s maid. And his master, not calling himself Sandra anymore, wanted to take advantage of the maid right now. Henry moaned. 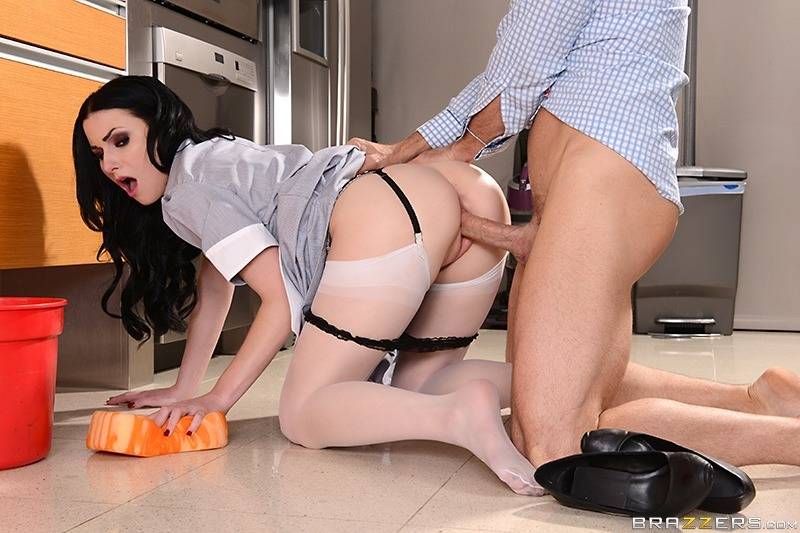