It wasn’t supposed to be like this, a wonderful and sexy woman at my beck and call. But something strange happened and it’s hard to undo it.

“No way, man! You heard the creepy lady. That lingerie is cursed! I don’t want to turn into some chick.” Greg was repulsed.

“Aw come on. How will we know if it even works if we don’t try it?”

“And I just have to say the magic words and the effect wears off, right?”

“Fine. But only for five seconds! Then, it’s coming off and I’m done with it forever. No peeking until I’m done.”

Greg sheepishly went into a corner of the bedroom and got undressed. Then, he slipped on the so called “enchanted” bra and panties, feeling like an idiot the whole time. He turned to me, angrily, and said “There, happy? Nothing’s happ– ugh!”

Suddenly, the changes began. Just as hair started springing from his scalp, his legs buckled from under him. He fell– hard. Greg hit his head on the bedside table in Wes’s bedroom and was knocked out. The changes continued, and very quickly an unconscious, scantily clad woman rest on the floor of Wes’s bedroom. Wes was speechless for a moment before picking the new girl off the floor and resting her on the bed. She was still alive, but it would be some time before Greg would wake up.

Hours later, the girl opened her eyes. She darted up and looked at me, then looked in the mirror to see her reflection. She looked alarmed. “What happened? Where am I?”

Wes looked at her, a little stunned. “You’re… still in my bedroom. You took quite a fall, are you alright?”

“I think so. My head is a little fuzzy.” She held her head, and took a long look at her reflection. “But I’m a woman! I need to change back.” She looked around, and thought real hard. “There was a… phrase of some kind. Something to reverse this. Why can’t I remember what it was?”

“Must be amnesia from the fall. You should really relax, we don’t want you hurting yourself again.”

She visibly calmed, almost instantly. She then turned to me, and said “Very well. But certainly you must remember how to change me back, don’t you?”

Wes thought for a second, laughed to himself, thinking he could really tease Greg will all of this going on. “I’m sorry, but I don’t remember either. Oh well!”

“Okay. That’s too bad. Guess we will have to figure something else out.” She sat on the bed, with a surprising lack of distress at the situation.

Wes was confused. Greg should be furious with me! Of course I know the magic words, as I was there when we bought the lingerie. Maybe, he thought, there was some other magic at play here. He had to try more.

“Your name is Alison Searly.” Wes told the girl, matter of factly.

“Yes, and?” She looked at him, almost annoyed he would say such an obvious thing.

Wes was taken aback. Was this really happening? He wanted to try something else. “Alison, are you a man or a woman?”

“I’m a man, but right now I look like a woman. And by the way, don’t think I’ve forgotten that this is all your fault! I didn’t want to wear this stupid lingerie in the first place. I should just take it off now.” She reached for the straps.

“Wait, don’t.” Wes asserted, and the girl stopped immediately. “Uh, you look great in them, I think you should keep wearing it, for now.”

The girl, satisfied with the compliment, looked at her reflection and agreed. She DID look great in this. “But isn’t it enchanted? I thought this was what triggered the transformation.”

God, she was beautiful! She looked so innocent, almost oblivious to what effect this magic was having on her. Wes was addicted to its apparent persuasive powers. He figured whatever he did, he could probably undo. So what was the harm?

“No, Alison. I’m sorry, but I think you have been dreaming too deeply since you hit your head. You’ve ALWAYS been a girl, I don’t know how you could even come up with the idea that you’ve ever been a man.” She just looked at him, blankly. Wes gulped, but continued. “I bought you that lingerie because tonight was our one year anniversary since we started dating.” He looked around, and remembered the date. “Happy Valentine’s Day?”

She continued to just stare at him. Wes was certain that that was too much, and that Greg would finally see through the magic and break free of the curse. Instead, a smile crept across the pretty girl’s face and she beamed at Wes.

“Oh honey, it’s perfect! How could I have forgotten!” She sidled up next to him and kissed Wes square on the lips, tenderly. Wes was amazed! She got up and posed for him, modeling the lingerie. “What do you think?”

Wes could only stare. Had he gone too far? Was there any coming back? Who knew, but for now, this was perfect. “You are incredibly sexy, Alison.”

Suddenly her sweet smile turned to one of sultry desire. She swayed her hips and tore the lingerie off from her body, destroying it. She approached her man, naked and wet with anticipation. “I can be much more than that, lover. Now show me how you treat a real lady.” 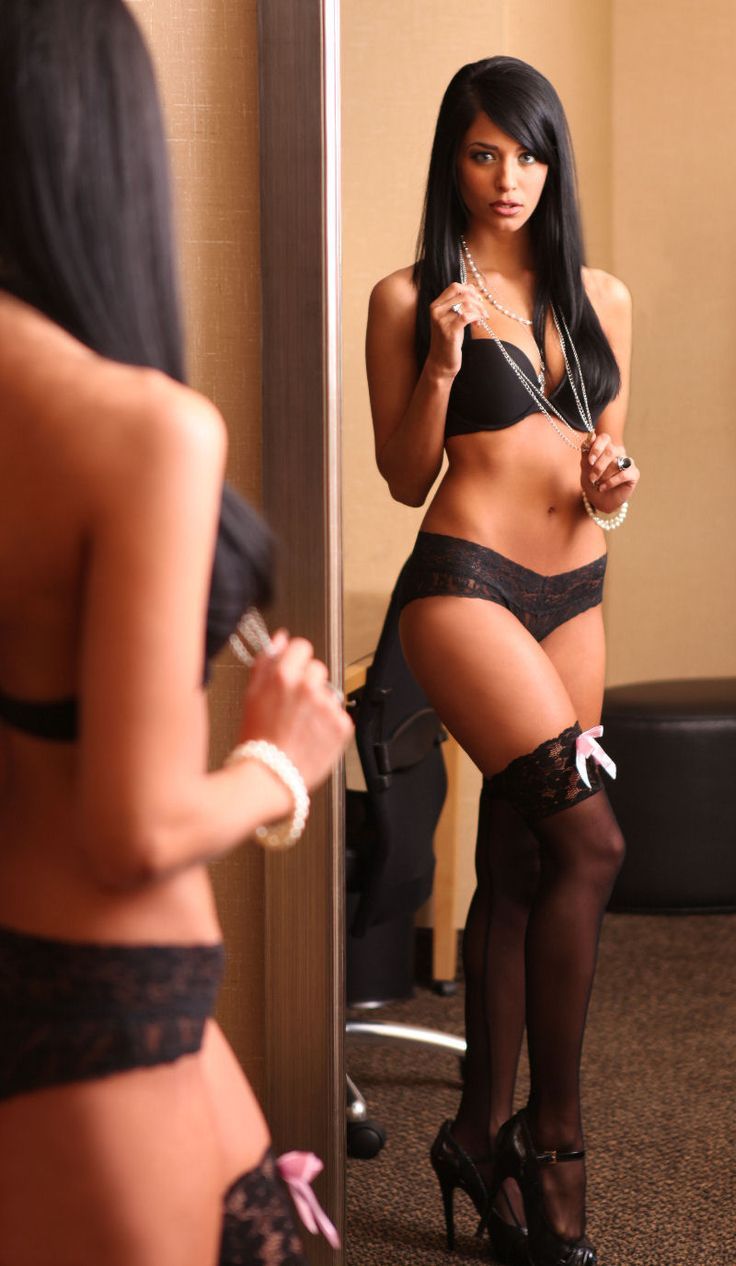