“Mr. Talbot?” I asked politely.
“Yes, Veronica?” he responded.
“I’ve been working here for about 6 months now, and I was wondering where my debt stands now. Uh, sir?” I said, trying to be polite and deferential as the large suited man looked down at me.

“Well, Veronica, follow me to the back room. Let’s look it up and see how far you’ve come.” he said. We walked over there, my bare tits jiggling as if to mock me. The breeze from the air conditioning gently chilling my pussy. I was intensely aware how every man I pass leered at my naked body. And yet, I was getting used to it. It didn’t unnerve me nearly as much as it used to.

“What was your original name, Veronica?” he asked as he sat down at his computer and put on a pair of reading glasses.
“Vernon Barnes, sir.” I informed him.
“That’s right, Barnes. Barnes…Ah, here you are. You ran up $276,583.72 with us. That’s a lot of debt. You must have really been something of a con artist to accumulate so much.” he said disapprovingly.
“Yes, sir. I was. You’ve taught me valuable lessons about accountability that I should have learned when I was younger.” I said. Agreeing with these people was always the best policy. Hard experience had taught me that. Flattering them? Even better.
“Well, your current balance, factoring in concessions from the standard charges are that you now owe $648,729.38.” Mr. Talbot said.
“What? You lying son of a bitch! I’ve been working here 6 months, as a girl, allowing myself to be groped and leered at and molested, and even fucked, and you’re claiming I owe MORE than when I started???” I demanded angrily. I knew almost instantly that my tone was unacceptable. I was going to regret talking to him like that.

“Veronica. I’m going to have to assess you a $5,000 fine for talking disrespectfully to a manager. Quite frankly, I think you should thank me for my generosity that I’m merely fining you and that it is so little.” he said sternly.

“I…I do thank you Mr. Talbot. Your kindness is appreciated. You’ve been so kind to let me pay off my debt providing sexual service to club members rather than death by torture. I momentarily forgot my place because I was surprised. It won’t happen again.” I said in my most concilliatory tone. “But, would you mind explaining to me how my debt increased? I’m sure that you are correct and am not challenging your calculations. I am just confused.” I said, my heart racing as I had feared some of the consequences Mr. Talbot was capable of imposing that I had become so familiar with my first few weeks as a woman.

“It’s all in your contract, Veronica. The one your magical locked choker enforces. You will serve the club in whatever capacity we choose until your debt is paid in full. Your womanhood is simply the capacity we chose. Every act of service is compensated to your account in accordance with the Master List of Charges. But everything you consume is also deducted from your account in accordance with that list.” Mr. Talbot explained.
“Consume?” I asked.
“Of course. We’re not a charity. You live here. You take up space and are therefore charged rent. You eat, you drink, you use our utilities, you use the toilet and toilet paper, you wash your hands and consume our water, you use our shampoo, soap, toothpaste, tampons, and on and on. We bill you for all of those.” Mr. Talbot said, passing her a copy of the Master List of Charges. He smiled as he did so. I took the book, and began flipping through. I gasped.

“These charges. You’re charging me nearly a grand a DAY for rent? You’re charging me hundreds of dollars per meal. I’m paying so much for my showers, I may as well be bathing in champagne. And not the cheap stuff. Whereas, most of the comps are tiny. The only things that could really make a dent here is fucking…and even that is barely…it’s the fetish fucking that is worthwhile.” I looked at him, astonished.

“That’s right, Miss Veronica. The game is rigged. I admit that. You’ll never pay off your debt. Not that it matters that you know that now. You really should have read the WHOLE contract when I offered you a way to not be killed for your crimes. But once you signed, and the choker was placed on you, it enforces the letter of the contract. It doesn’t care for justice or mercy or right or wrong. If I breach our contract, even for a second, even if by accident, your choker will release you. So I am VERY scrupulous to ahere to every word.” Mr. Talbot told me.

“That’s basically slavery. This is like the old ‘Company Store’ trick from the 30s. I’m going to grow old and die in here!” I exclaimed.
“Well, no. Your body is a matter of our choosing, and we’ll make sure you stay young and healthy forever.” Mr. Talbot said.
“I…no, I….” I babbled, trying to think of a way out of this.
“Now, I suggest you return to work. I’ve given you a lot of slack here today because eventually all of our girls go through this. You should not confuse my leniency this time with a weakness. From this day forward, I will be more merciless with you as there is no longer any point in pretending with you.” he said, gesturing toward the door.

I walked back out onto the club floor. The bartender had a drink ready. I got a tray, and began to take the drink to the room and man who ordered it. Serving drinks was a very low compensation, but it got my naked body in front of clients who might do something more profitable to me. The man who ordered it waved me over. I leaned in to hand him his drink, but he reached past the drink and began feeling my breasts. I looked behind me and saw two women talking. Was one his wife? If so, she didn’t seem to care at all about her husbands dalliance. They wore wedding bands.

I had become used to the pawing of my body by men. It’s amazing what one can get used to. His copping a feel earned me money…just not very much I had learned. “Mmmm” I said, trying to pretend that his boob-squeezing did something for me. Faking pleasure to encourage the patrons was standard policy, but the more they did with me, the more debt I worked off. If indeed, I could ever get ahead.

But the one thing that might give me a chance was more fucking. I used to discourage patrons from fucking me. Not explicitly of course, that was against the rules. Just subtly. But now I realized…being fucked several times a day, and preferably in ways that racked up specialty charges, that was the only way I was ever going to get out of here.

I began flirting with the man as he felt me up. He seemed almost disinterested as he did so. Like he was deciding if I was a ripe enough fruit. “Jerry, come take this one. She seems pretty good.” the man in front of me said. A second man, whose suit coat was off came up behind me. I turned to face him, but he grabbed me, and turned me back around to continue being groped.

He bent me over at the waist to bring my pussy closer to him. He dropped his pants, lined up from the rear and slipped his cock in me. It was so quick…almost business like. The man behind me began thrusting hard, causing my entire body to rock back and forth as the man before me continued groping one tit and then the other. I struggled to keep the drink from spilling.
“What’s your name, girl.” the man in front asked.
“It can be whatever you want it to be, sir. At this club, you are always in charge. But I go by Veronica.” I said.
“Veronica. I like it. It kind of feels a bit old fashioned, but not too much. Tell me Veronica, how do you like being taken from behind? Does it please you that the man screwing you doesn’t even consider you worth looking in the eye?” the man said.

“Sir, I’m not worth looking in the eye. I am here for your pleasure and that of your friend. Use me however you see fit. I enjoy pleasing others, so whatever please you, pleases me.” I said. These responses had been drilled into me by Mr. Talbot my first week here.

Was it humiliating? Yeah, at first. But I’ve never really considered this MY body, so all of this was just something I had to do to survive. But now…now I knew I would have this body literally forever. I would be someone’s fuck toy every day forever. If I ever wanted it to stop, I had to encourage them to use me as a fuck toy.

After a few decades, would I even remember what it felt like to be a man? After a century, would I remember my real name? Would I even care how bad my debt was? Would I even regard this as humiliating, or would it just become my new normal?

The man behind me came in me. I hated this feeling. It made me feel dirty and violated. It was the one part of this whole thing I hadn’t been able to rationalize away.

When both were done, the man in front of me asked the other, “How was she?”
“She was tight, but she’s not very good. It’s like she’s just there, not participating. Not into it.”
“Well that’s disappointing.” the man in front said. He took his drink and waved me away.

It was disappointing. Roughly in my head, I figured I got a few hundred from that encounter. I would probably need a dozen like that a day just to break even. What I really needed was someone with some twisted fetish. Someone to use me in a particularly humiliating way. And such people did come to the club. But they weren’t common enough.

I am so screwed. 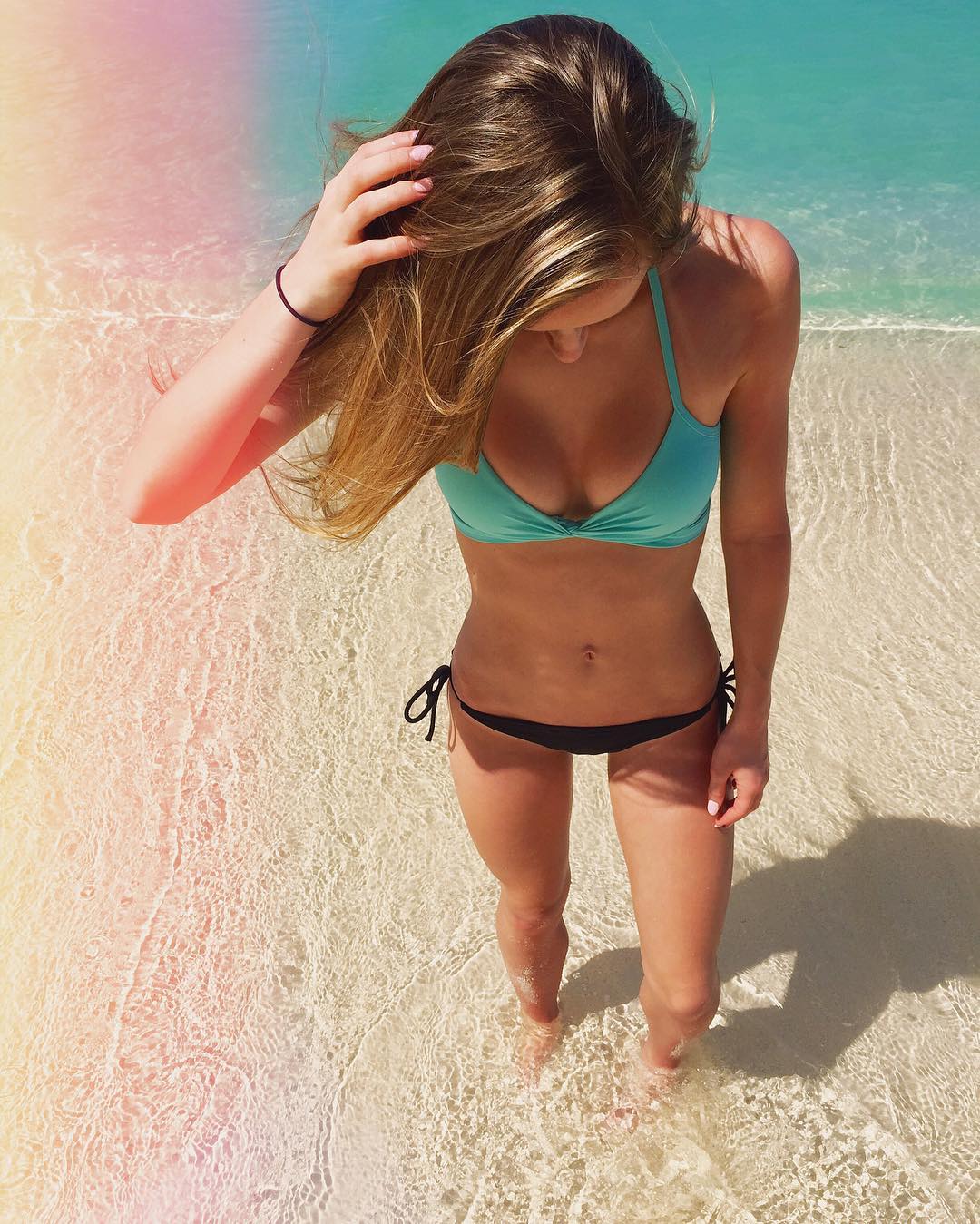