Brad had a feeling he might’ve made a mistake crossing the street when he looked up from his phone in time to see the eighteen-wheeler slam into him. When he opened his eyes on a bright, blue abyss with a single stairway rising skyward, he felt even more nervous. But it wasn’t until he saw the dude in the suit coming down to meet him that he realized he well and truly fucked up. Only assholes wore suits.

“Name,” the suit said, halting four steps above him. It was barely a question.

A rap sheet appeared in the suit’s hands from out of nowhere, and he started reading off it. “Brad Anderson. Low achievement. Diet consists exclusively of fast food. Doesn’t give to charity. Has a fourteen terabyte pornography collection. That’s sloth, gluttony, greed, and lust. And just look at the damage you caused to that semi! No sir, I don’t think there’s any room for you up here.”

“Lucky for you, the Trapdoor of Reincarnation is always open to the unworthy. Will it be male or female?”

“Female it is. Have a nice life, Brittany.”

The suit snapped his fingers, turned on his heel, and started back up the stairs. Instantaneously, a change came over Brad: inches slashed off his height, locks of bright blonde hair in his face, a slight weight on his chest, a noticeable void between his legs. She(!) barely had time to stare at her slender new hands before the floor dropped out from under her and spat her back down to Earth, screaming all the way: 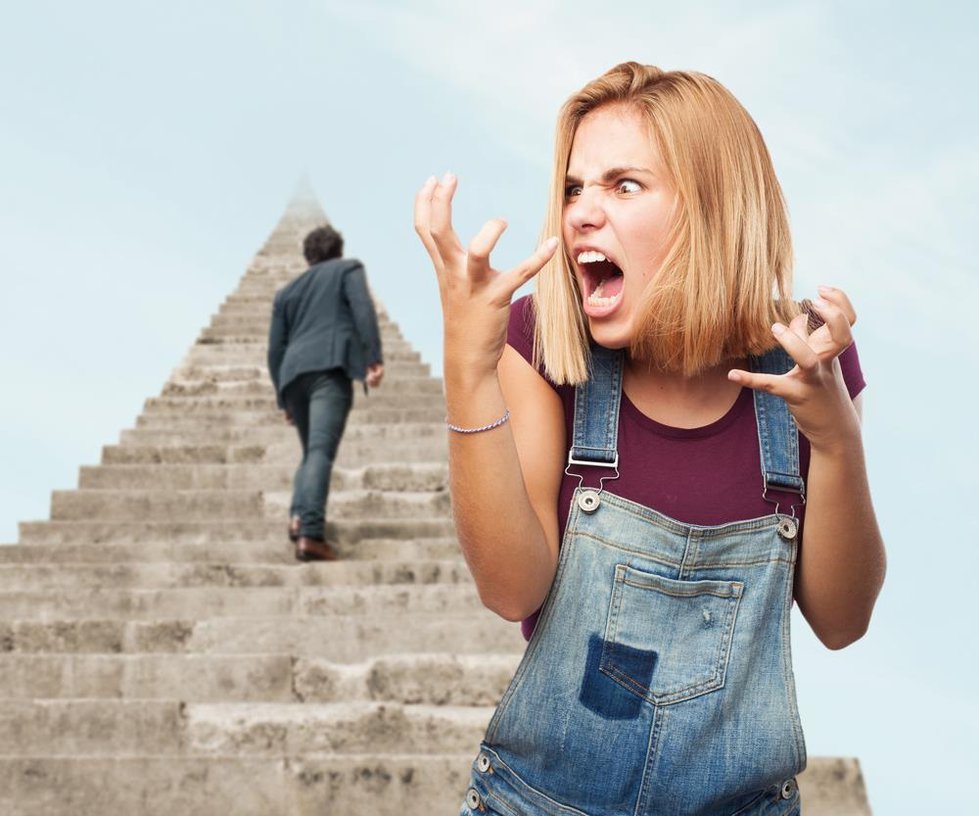