Peter stared down and tried to focus on not swinging his huge, awkward hips so much with each step, sighing as he realized if he didn’t his big, barely covered by the tiny pink bikini bottoms 20 year old bubble butt jiggled and shook even more as all the sexy feminine motion he fought to stop from his hips moved instead to his ass. He heard a wolf whistle and both Tina and Jessica giggled, and so did Peter, his voice even higher and more girly than those to airheaded sorority bimbos.

Sure, the stupid genie thing, even though she was ridiculously hot, I’d assumed it was some kind of trick for a reality show or promotion for a bar or sports drink, but I was so pissed at Susan for dumping me and refusing to go the party with me that I wrote that just to piss her off. Imagine my surprise when the babe in the genie outfit suddenly waved her hands told us that she was granting our wishes… but the change bank had decided to exchange them with each other.

Suddenly I found myself grabbing the wish Susan had wrote, unable to control my own body and reading it out loud, but rewording some of it, making it sound like I wanted what she’d written…

The Genie giggled and clapped and then spoke, as I stood unable to move.

“He read his wish that Susan wrote wanting revenge, and now he’ll get a wish he diddn’t intend, Susan will teach the lessons as your boyfriend youll discover, as you now become Susan, a woman and Peter’s lover.” she winked a sexy wink at me and snapped. Suddenly I felt like I was in a hurricane, flying towards Susan’s eyes…

I screamed and began choking as I heard my high pitched voice… female voice. Looking down, I saw shoulder length blonde hair, smelled Susan’s girly pefume, saw the attractive sweater and tight jeans Susan wore now on my own, bizarelly curved, feminine body… saw the swell of two firm, perfect B cup tits on my own chest… and looking up, seeing my own face, my male face staring down in shock at my huge, muscular male body that towered over me… realized that somehow, I had been… changed… wished.. into Susan’s body!

I was frozen in place, panicking at my rebelling tiny, impossibly female body, but could only stare and not speak as I heard my male voice cheer and then laugh, watched my old body grabbing my big, muscular pecs, then my crotch, smiling at it, then down at me…

“I’m you… I’m Peter! The rich, handsome, never has to worry about anything but getting laid most popular jerk in school… and your my girlfriend… right Susan?”

Then, the genie handed Susan, in my body, the wish I’d written and she laughed and began to read what I’d written…

“Not yet, we just started dating!” I said giggling.

Playing the part, I agreed.

The girls asked me about Peter, and I told them every detail, humiliated but unable to stop playing the part. Finally I finished and Tiny turned eyed my ridiculous female body and huge tits and winked at me.

“Hey, let’s hit up that sexy underwear store. You should get a sexy costume to wear, show off those tits and drive him crazy tonight at the bonfire… I bet it’ll make him want to fuck you all night long!”

I can’t stop playing the part, as we walk down the beach, my tits jiggling, headed to the Hustler Store, knowing I’ll buy a naughty nurse costume… and feeling my pussy get wet as I imagine what it will be like when I get fucked all night by my new boyfriend, stuck as a plaything for my former girlfriend, in my male body, with my huge cock, and can’t stop saying yes and acting as his bimbo, boner growing, bigtitted sorority beach babe girfriend. 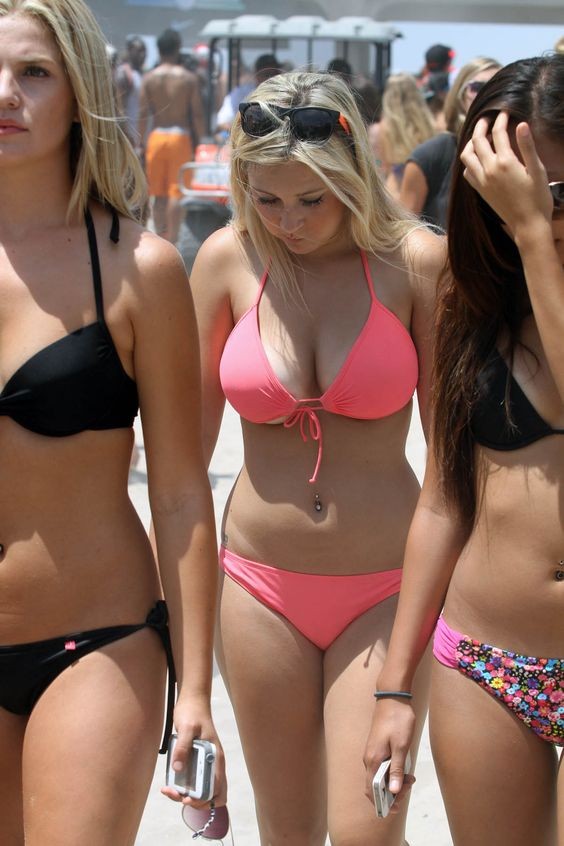