“Dude, I told you these online dating stuff sucks. That girl isn’t going to show up” my friend told me. In a way, I agreed with him, but I was afraid to admit it. Maybe Amy didn’t even exist, maybe it was just a frat guy pretending to be a girl. I could only hope Amy was indeed real, and that she would really show up at my doorstep like she promised.

She was already a few minutes late when my phone rang. It was Amy, so far we had only texted each other, that would’ve been the first time I would hear her voice. As I was about to answer, I got nervous, so I threw the phone at my friend, and asked him to answer. He laughed at me, “you are so dumb, I can’t believe you are that shy”. He unlocked my phone and answered, “This is James… John’s friend, who am I speaking to?”. Afterwards, he didn’t say a word, he just froze.

I didn’t know what was happening. But while he was frozen in place, he started to become thinner and shorter, his hair grew to shoulder length. I was scared, I thought about running away, but I wouldn’t be too much of a friend if I left him here. I saw his whole figure become feminine, he even grew breasts, and by the looks of it, he no longer had a cock. It wasn’t until his face reshaped that I realized he was transforming into Amy. Then his clothes started changing too. In a matter of seconds he was dressed in a red dress, and looked ready for our date.

Then, she blinked. “Wow, this feels great” she said, while checking her own body. “James?” I asked. “Yes… well maybe… I don’t know” she said, “I feel more like a she… like Amy would feel… I think that name suits me a lot better”. I guess she was accepting her new self. “Are you ok?” I asked, “yes, I’ve never been better. I think this Amy thing was meant for you. But I am glad I got transformed into her. Now we can go on our date like we planned. I’ve never realized this, but you look quite attractive” she said. I just smiled, I couldn’t believe a girl that hot was saying that about me. “I know you are shy, but that just turns me on. Anyways, we should go out on our date, I can’t wait to come back here and have a night of hot kinky sex “.

James never came back, Amy replaced him. I think the dating website turned out a lot better than I expected. I got the perfect girlfriend. 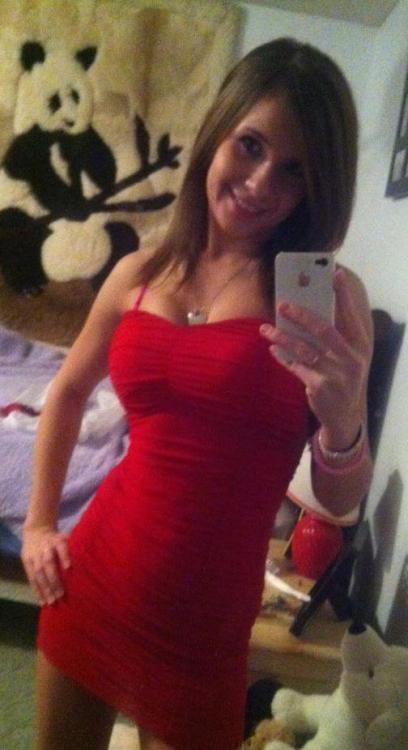