These were just three guys having fun at a Halloween party Jessie, Nathan, and Ward. Nathan in the middle just had to run his mouth to the gothic style chick at the party, asking if she didn’t have to dress up for the party, since these were her everyday clothes. Then he rudely asked if he could get into her pants! She said no but his two buddies could get into his!

Suddenly Nathan felt weird and looked down to see he had the body of a gothic dressed chick! He felt the long hair the boobs, and the new pussy, and was in panic, then tried to speak to his buddies, only hearing his new higher female voice! His buddies acted as if he had always been a chick.

Jessie on the left said, “Hey Natasha, did you even have to dress up, those are your normal clothes sure?”

Then Ward on the right said, “Hey Natasha can Jessie and I get into your pants?”

“I’m… I’m… NATHAN, NOT NATASHA. THAT… THAT… GOTHIC CHICK DID THIS TO ME! She made me into a gothic chick! You have to believe me fella’s I’m your buddy, Nathan, you know one of the guys? You have to believe me, don’t look at me like that, JESSIE MY FACE IS UP HERE NOT ON MY CHEST! WARD WHY IS YOUR HAND ON MY ASS! STOP IT GUYS, I’M A GUY,” said Nathan, now Natasha pleading to them.

Jessie said, “Who the hell is Nathan? We came here with you babe, not some guy. What fun would that be? You said you wanted to take us both at the Halloween party upstairs in one of the bedrooms. Now let’s get to it shouldn’t we?”

Ward said, “Nathan? I have no clue who that is. Is that one of your other boy toys, Natasha? Doing a little role play or something? Guy turned chick and shocked, that’s kinky! Nice roleplaying, Natasha, but enough with the pleasantries. Let me carry you upstairs my lady, your bedroom awaits for your two handsome gentlemen and yourself! Remember Natasha, you said ‘sucking and fucking was a lot of fun’ so upstairs we can do all that and more!”

Natasha was kicking and screamed, and Ward thought she was just playing a roleplaying theme with them. When they got into one of the bedrooms, they locked the door behind them, and unzipped. Jessie shoved his cock into Natasha’s mouth before she could say anymore, and Ward ripped open her black leggings, and set aside her black lace panties underneath, to get to her pussy. Nathan went from being one of the guys, to a double teamed gothic chick all in minutes, thanks to his big mouth with that gothic girl at the party. Now his big mouth would be used for other things besides insults. 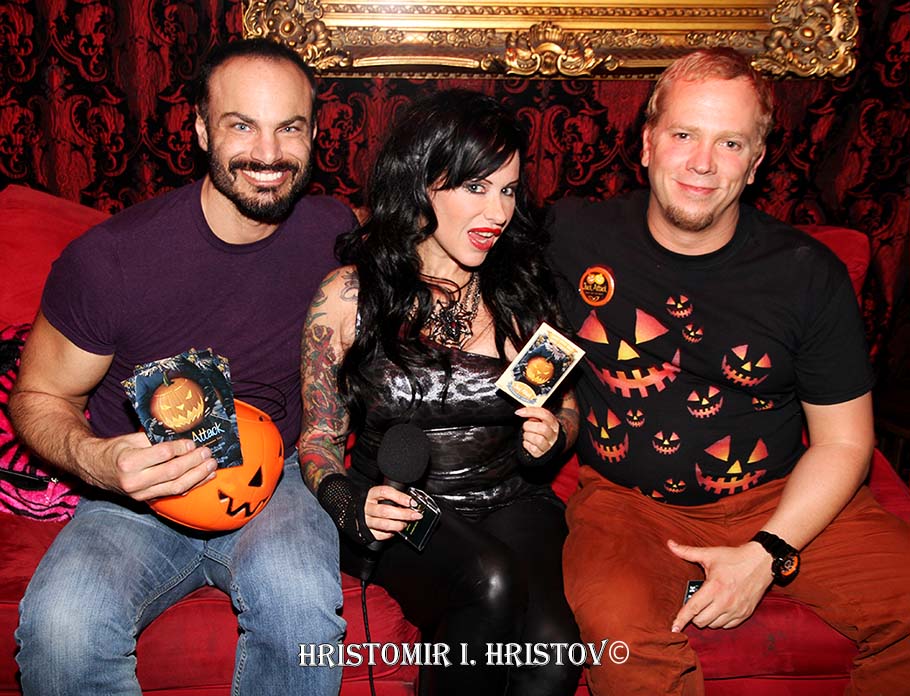