It wasn’t until today a change in all of their behavious was visisble. While the former men cheered up because it was sunny outside. Nobody really put it in question and so the former girls in their boyfriend’ bodies weren’t cheered up by the weather, as if they never liked the sun.

Clearly they used to be tan blonde babes but wasn’t them anymore. The new girls tried getting their boyfriends in the mood by washing their cars topless.

I’m Nicholas, the second on the left. I go by as Nienke now, I’m a Dutch girl and I love it! I think I found the source of this magic and I’ll use it to get bigger breasts and besides having the prettiest face, I’ll also have the prettiest body and figure. 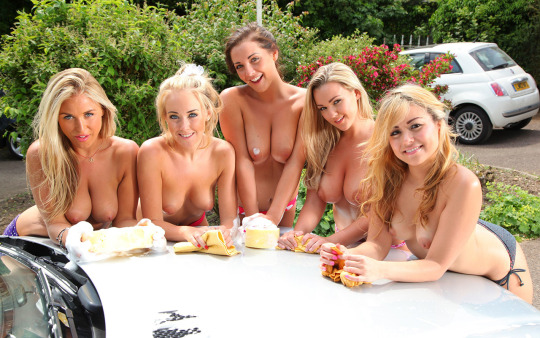