Jilted at the altar.

Edward sat there in his wedding gown in the empty church in tears not believing his fiance Nicola had stood him up.

The two were engaged to be married before the great shift swap them into the bodies of complete strangers.

They both took the great shift hard at first but slowly adapted to their new genders and new places with inside their relationship & they had decided to postponed their wedding until everything had calm down.

Edward started liking being a woman despite the few things that came with his new body that he could not avoid & found himself more attracted every day to Nicolas new male body.

Nicola was enjoying the freedom of being a man enjoying her young strong male body but was disappointed when Edward would not put out as he said he wanted to save himself for his wedding night even though he knew the body he was in was not a virgin.

6 months after the great shift Nicola got down on bended knee and asked Edward if he would make her the happiest man in the world by becoming his wife Edward in of floods tears said yes.

Edward was overwhelmed by the things a woman had to do and go through preparing for her wedding but finally the happy day had come.

The church was full with their friends and family & Edward waited in his white gown for the wedding march to start and his father to walk him down the aisle on what was supposed to be the happiest day of his life.

There was just one problem Nicola had run off with one of the grooms. 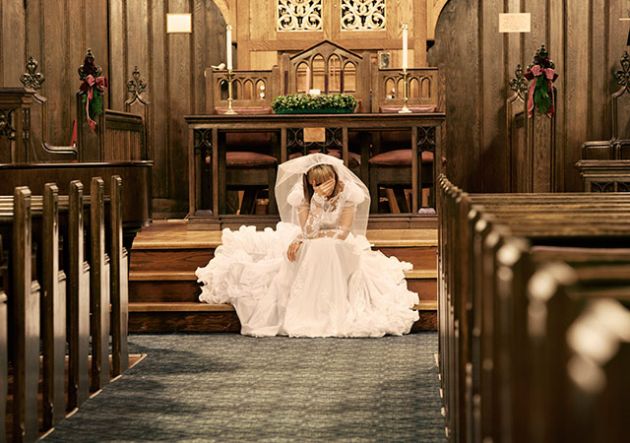