Make to Understand the Desire

Chad waltzed in on his daughter having sex on her bed with Gary, her boyfriend. He was about to pull them apart, he was so angry with her! As he grabbed Chad by the balls and cock base and his daughter by her ankle he was changed into a busty blonde right before their eyes! It was his daughter Casey that did the change! She changed Chad her dad into a female so he would better understand her desires.

Chad was stunned, his mouth opened in shock and disbelief, suddenly he had long blonde hair around his face, huge heavy breasts exposed in a pulled down blue and white tight dress, and a vagina! The balls and cock base in his dainty manicured hand now felt sexy! He stared at his exposed breasts in awe, then looking over at Casey’s boyfriend Gary, was compelled to lay one on him! Soon he was kissing Gary, while still grabbing his cock, but let go of his daughter’s ankle finally, no longer trying to pull them apart!

After Casey just smiled, “Well Dad, I mean Mom now, since my real mom left you, saying you weren’t a real man, now maybe you can try being a real woman. I wanted a mom back, and now I have you as my new mom. Don’t worry I’ll find you a stud like Gary here, we can do a double date later! For now, just let Gary here recharge, and we can have more fun. Also, I think your new name should be Chandra now, as Chad won’t do!”

The new Chandra stared in the mirror at her new self, she couldn’t believe she was a chick now, but her desires and pleasure were making her not care all that much, and that’s what Casey was hoping, using the one time spell she borrowed from a fairy she found in the woods a week earlier! 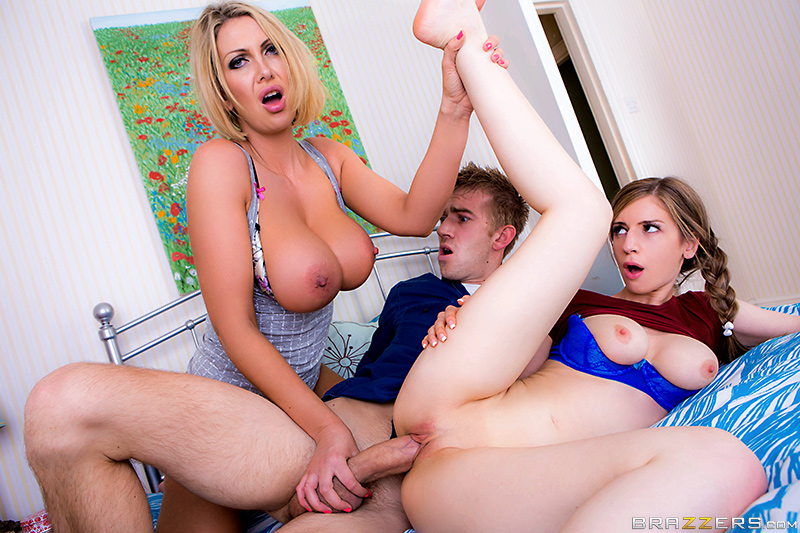