Live with the Profile

Zack was being silly making a profile on his online game, where his avatar was a busty blonde with pink highlights and bangs. He had a tiny waist in a corset top, and a tiny skirt below, around the wide hips, large bum, and thick thighs he made. At the bottom high heeled boots, and to finish off a black cowbell choker!

Once a certain female player seen his avatar, she asked him if that was his real body or his idea of what a girl should be like. He said he was a dude just having fun online. She then replied.

“Well have fun when you log out too,” she said before logging out.

He thought she meant it in a good way, but she logged to put a spell on him, when he logged he would become what he selected in the game in real life! The upset and dismayed look on his face here says it all after he logged, and his body instantly changed into a real life version of his avatar in the game!

I logged back in eventually, feeling and seeing how weird it was having such large breasts in front of him. He did find her on again, and she sent him a message in the game lobby.

The girl said, “So did you have fun after you logged? I hope so, don’t worry more fun is to come, I mean you get to keep your avatar for life! I’m sick and tired of guys like you playing women that are way out of reality in their bodies. It makes it look as if all you see us for is tits and ass, so much so you make an avatar based around that. You didn’t mind presenting that way to the crowd online, so now you can present that way to the real world everyday too. I must say too, if you turned out like your avatar, good luck with back problems babe, and that corset must be uncomfortable too. Maybe you can get a large dress or something that would be more comfy, but I doubt it will hide your most prominent feature, your boobs honey! Take care blonde babe!”

With that she logged, and never came on there again, at least not with her current profile anyway. This left Zack stuck, and he soon found his change was very real, he had cramps and bloating from PMS, and his bra straps were digging into his shoulders from the immense pressure they had on them from those massive breasts, which were 32H. Instead of browsing online to buy games and gear, he would now be browsing to buy bras that might fit his massive new chest, his local stores would definitely not carry bras for ultra feminine chests like his, well HERS! 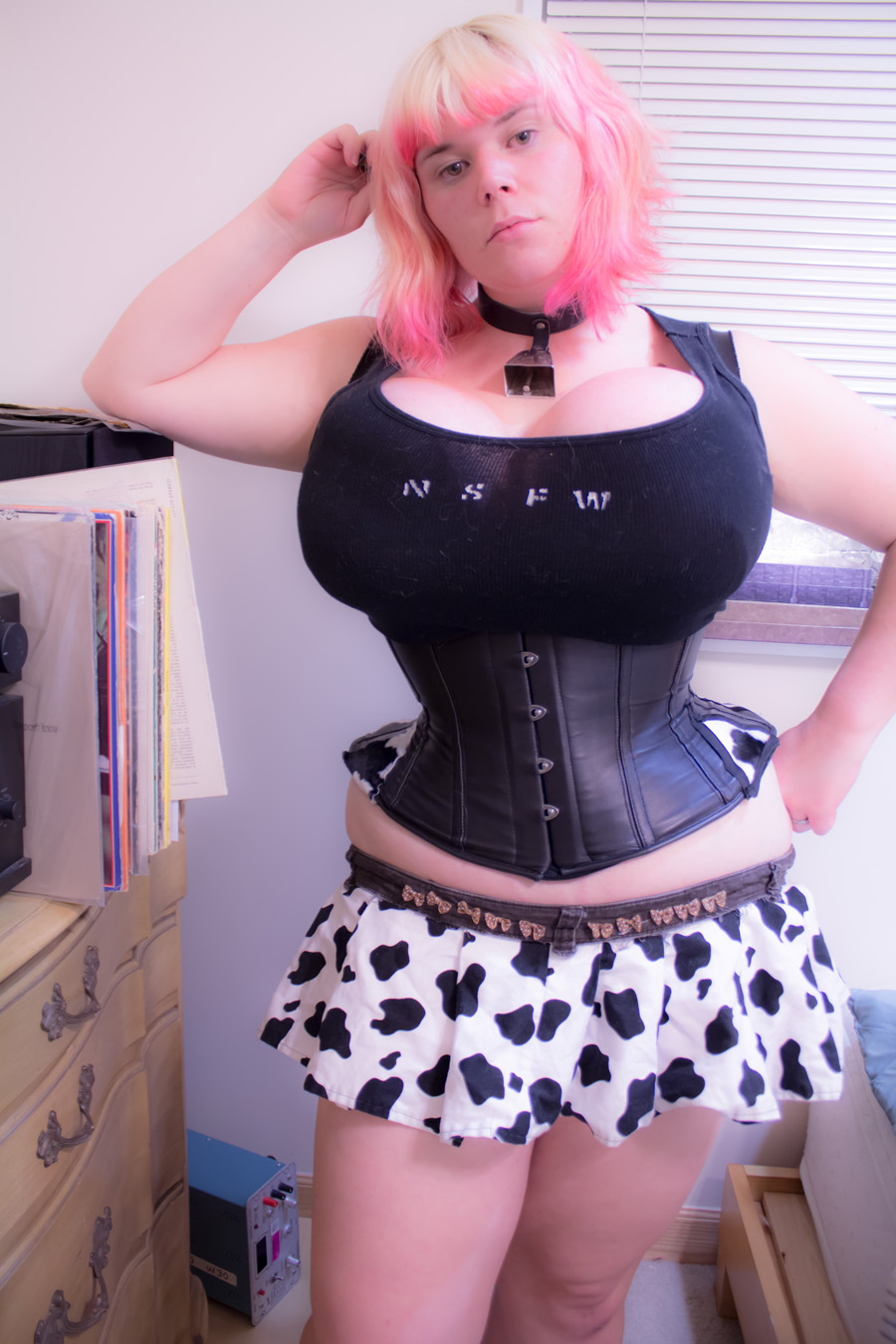