Henry went into the suit shop, but instead of going to his favorite discount suit store, he went to a nearby one at the mall, one called Joseph A. Skank. He thought it was some kind of joke or play on his favorite store’s name, so he thought why not see what was there. It turns out it was suits sold at even steeper discounts than his favorite store, but a strange old man in a bathrobe was selling them. He said the suit would fit so well it would be like it retailored your body to the suit.

Saving several hundred, Henry was sold. He wore his suit to work the next day, and after a bit he felt a huge tingle throughout his entire body. His suite changed, and became a women’s suit, and his t-shirt underneath even became a bra. His black socks merged with his black briefs to become sheer black pantyhose, and his black leather shoes, now patent pumps. His cologne now smelled like perfume, and face felt like he had something on it now, of course it was makeup.

The janitor guy was stunned to see such a hot lady in Henry’s office, and asked if SHE was his new secretary. Then while already shocked at the changes to his body and wardrobe, this janitor guy was some kind of pervert, and pulled out his penis right there in the office.

“You see, the suit changes your body to meet it’s needs, and a Joseph A. Skank suit will make you a business skank. Also sorry, but there are no refunds, and my shop moves to a random new place today, have a nice life there Henrietta,” said the now laughing man in the robe!

Another dirty trick he pulled on an unsuspecting person, and Henrietta ended up being the office skank they kept around in Henry’s now strange absence. Apparently he was having an attractiveness about him too. His boss walked in asking for papers one day while Henrietta was bent over, and he took her from behind, telling here it was the dictation session. Once again, Henrietta’s new desires kicked in and she embraced her boss like he was not only in charge of her work, but now her body as well!

Henrietta yelled as she reached orgasm from the boss, “I’m a Joseph A. Skank!” 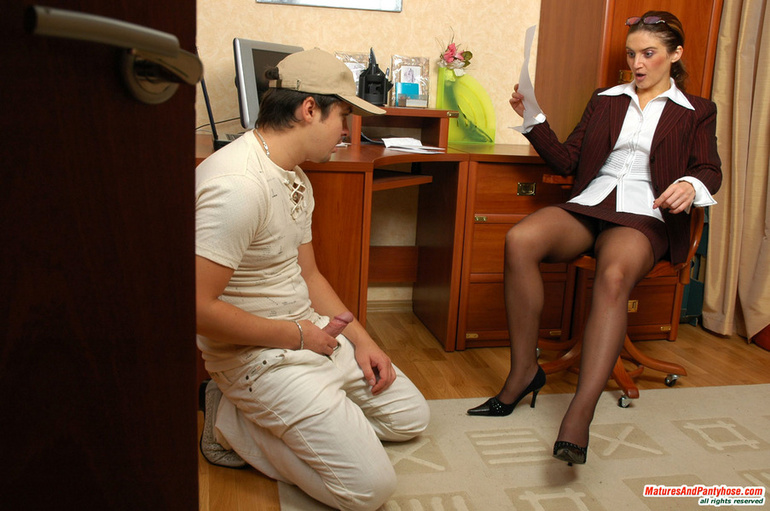