Pot always had goofy names. Purple Kush, Alien Wrench, Blue Goo, the list goes on. Stan’s dealer had had to flee town leaving Stan to find someone new. He followed some leads and found a new dealer. An old lady who dressed like a hippy from the 60’s. She had different strains including one called “Girl Grass”. Stan chuckled and said it was obviously a ladies brand. She didn’t think it was funny and shrugged, It was the best, she said. A life changing experience. The price certainly indicated it. It was easily three times what Stan used to pay.

Stan decided to treat himself and bought it. He went home and hit his bong. The he felt amazing! He felt like he was stone instantly. He felt sort of giggly and soft.

He took the bong and went over to the mirror. Sure enough there was a woman staring back at him. He giggled again. She was cute! He pulled the bong to his mouth and looked in the mirror and paused. In the mirror the girl looked like she was about to go down on the bong! Stan giggled again and opened his mouth wide, watching the girl put the entire end of the bong in her mouth and take a hit.

Stan’s roommate John arrived home an hour later to find a hot, stoned, chick kneeling on the floor playing with herself. Stan had smoked his entire stash of Girl Grass. Not knowing it was Stan and never one to look a gift horse in the mouth. John pulled out his cock and approached her.

“Just like the bong!” She said giggling and wrapped her mouth around John’s cock. 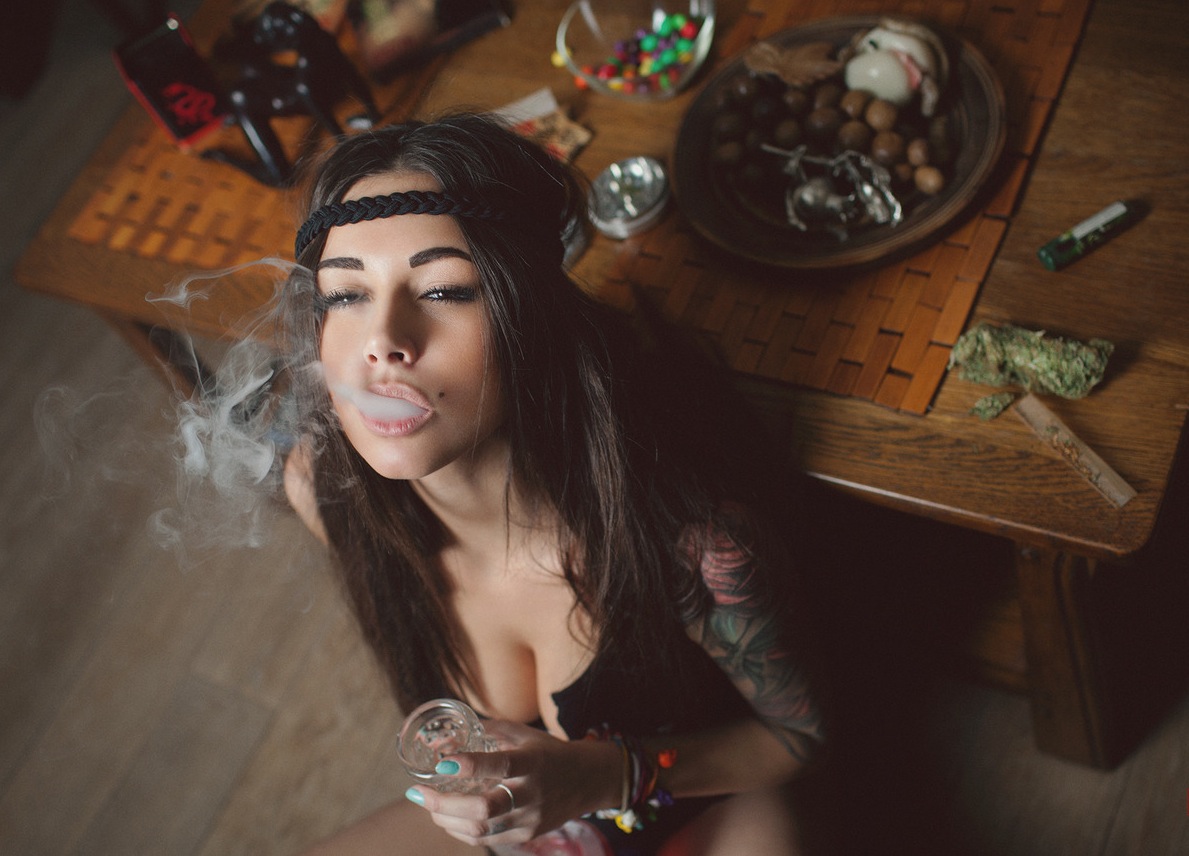