Genie read Joseph’s wish “Hey Genie, my name is Joseph. I only get one wish? Then I wish I could have your magical power so I could fulfill all of my other wishes!”, she couldn’t help but giggle. “Oh Joseph, you want to be a Genie like myself? sorry, but I can’t allow that. Although, there are many other magical beings I can turn you into. There hasn’t been a black winged angel for centuries. I think you’ll make a perfect one. Wish granted” Genie said.

Joseph was at home, waiting for his wish to be granted. He was wondering how it would feel to have so much power. He would indeed use his power for personal gain. But he hoped to help some people too. Anyways, he saw a small lamp fade into existence infront of his eyes. “It must be my new genie lamp. The one I will bound to” he said. He eagerly walked towards it, and rubbed it. But nothing prepared him to what would happen next. Light started coming out of the lamp. It’s hard to describe, since the light was black. He felt part of him being pulled into it. But it was only what made him a man, and human. It felt like if he was being ripped apart.

He felt something on his back. Something ripped open his back, and grew out of it. He had just grown wings. When it was over, the lamp transformed into a necklace. Still dizzy from the transformation, Joseph took the necklace and wore it. He took a quick look at himself in the mirror. He was no longer a man, he was a petite woman named Angelica. She had short black wings. And she could move them. Soon her reflection faded away. It was like she didn’t really existed.

Someone entered her room, but couldn’t see her. “Hello?” she said. “This is not what I wanted” she said. She flew out of her room. She felt kind of sad, although free. “Wait, maybe I do have my wishes” she said. She could have wished lots of different things, but she said “I wish I had a sports car”. She saw a red lamborgini materialize right infront of her. She got in, and as she was going to start driving it, she remembered no one could see her. “I wish people could see me” she said, but this time, her wish didn’t come true. She got out of the car. “Only one wish?” she asked herself.

She saw a guy walking down the street. He looked sad, he had just been fired from work. She didn’t realize it at the moment, but she could read him
perfectly. She walked towards him. “If I could grant you a wish, I would” she said. “How I wish that I was the CEO of the company I was just fired. That would surely show my boss” the man said. Angelica didn’t know why, but she felt like saying “wish granted”. The man expression changed, and so did his clothes. “Wow” he said, and walked back to his work. She couldn’t believe it, she had just granted her first wish.

“If only I knew how my wishes worked” she said. And in no time, her mind started to fill up with knowledge. It was quite simple actually, she could wish something for herself if she wanted to, but to be able to, she must grant a wish to an stranger. “A wish for a wish”, she said. And only one wish for her and one for someone else could be granted each day.

A few days later she had helped a couple fix their marriage, a man become the girl of his dreams, another man win the lottery. And her? well, people could now see her, although no one could see her wings. Although this wasn’t what she expected, she is having the time of her life. And she’d better have fun, black angel’s live for all eternity. She’d better get used to it. On a different note she secreatly hoped a guy would wish to have sex with her. 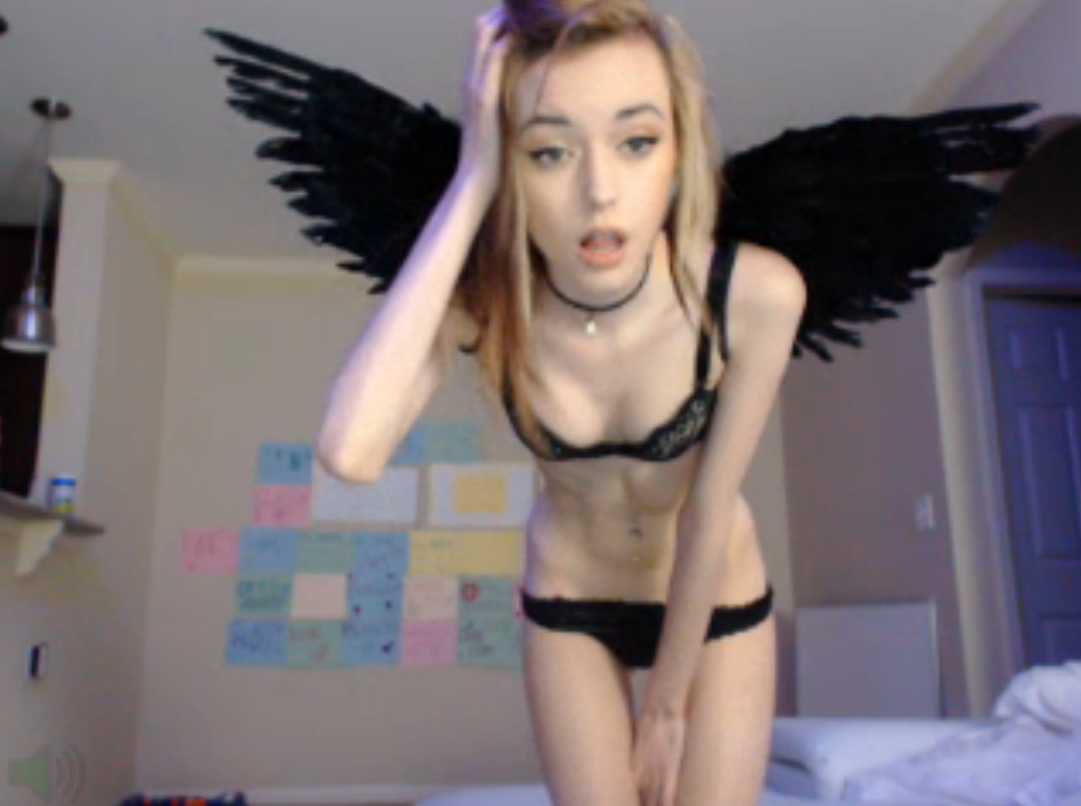