I knew my daughter was up to no good. She was dating a loser. An I am pretty sure that he was getting her into drugs or stealing. But whenever I confronted her, she just denied everything and got mad. She doesn’t understand that it hasn’t been easy being a single father, and I just want to take care of her.

I had to find out if she was doing drugs or not. So I bought a potion from an old man, he said that when I drink it, I will find out what my daughter is up to. He couldn’t explain how, but I would just know where she is and what she is doing. He said something about a warning, but I didn’t care, I just paid the man, and left.

I got home, and as usual, Amy, my daughter, wasn’t home. I sat on my living room couch and drank the potion. I felt a little bit dizzy. I felt like time froze, in no time I was transported into a different place. I was in the back seat of a car. I was looking through the world from someone else’s eyes. Not only that, but I could also hear and feel. I realized I was in Amy’s body, and she was getting naked. James, her boyfriend was getting naked too. Oh shit, they are about to have sex! and I am about to experience it. James started kissing Amy’s neck. She then revealed her breasts, and James kissed and licked them. I felt how Amy was getting turned on. I felt turned on too. I felt everything, I never knew sex was so much better from this point of view.

Later James took me, I mean Amy home. “She’s going to find me lying in the couch, probably passed out” I thought. But when she got home, there was noone there. Just an empty bottle on the couch. She picked it up and threw it in the trash “I wonder where dad is?” she said outloud. But dad was never heard from. I was trapped inside Amy, and there was nothing I could do about it. Years later we learned to cope with the loss of my father, I mean of myself.

By now, I enjoy watching what Amy does. I am glad to see she was being a perfect daughter and my worries were unfounded. I was just sad I never got to tell her. We are married, and expecting a baby girl. And that makes me a happy woman. 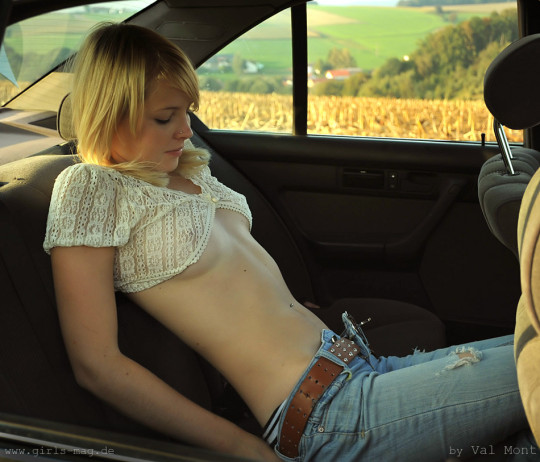