Mark, was feeling very bad about what he have done. He have fantasized about being Johana since he met her. He have first try to date her but she reject him. Realising he don’t wanted to be with her but BE her, he search a spell to actually become her. And after he made te perfect plan, he enter her house and put her to sleep with sleeping pills, he began o chant the spell who will turn him into a perfec copy of her. After he was finally Johana, with just his nerdy Glass reminded of what he was, he put Superman brae and panty he have prepared, knowing how the real Johana always mock him about his love of comic books. Then, he wasted no more time and take care of the sleeping girl. Of course it’s was obvious there can’t be two Johana, so he cast a spell on her too. The girl slowly change, loosing all her sexyness, covering with fur to finally become a dog. She was a bitch as a human, now the outside fit with the inside, though Mark now Johana.

But now, looking like at the body she always wanted and the dog at her feet, she began to felt bad about all that. Luckily, Mike, her now boyfriend, rang at her door. She quickly put the sleeping dog outside by the behind door and go open the front door. Hoping, all her remorses will fade in her boyfriend embrace. 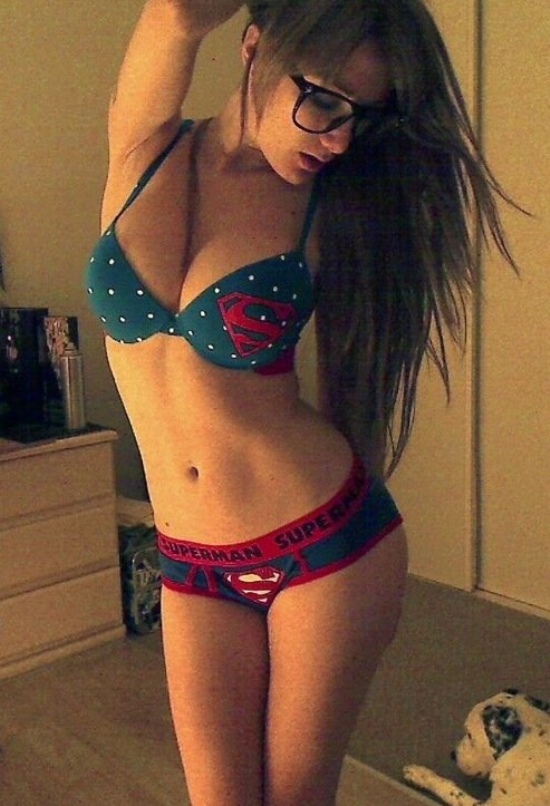