The Drive Through Help was meant to help those with problems in a quick manner to save time. The clerk at the drive up told Larry his problem was he never started a family. So he was turned into a mom with a baby in a car seat in the back, and even his corvette was changed to a minivan. Larry drove off stunned as the clerk now called “him” Lara, and called her Miss.

Before Lara could react, a hands free phone call came to her van. It was her new husband Keith, telling her he was ready to make baby number 2, as soon as she got home and put baby number 1 to sleep. Lara grabbed her breasts, then her crotch, then confirmed her new face in the middle mirror. She was panting and freaking out and the baby started crying. Almost like instinct she quieted the baby with a song, not even believing what she just did. She was being a real mom!

When she got home, she took the baby upstairs and to his crib, he fell fast asleep, and she smiled, she was really getting into this! Then she found her bedroom, and was going to undress to get a better look, forgetting about what her husband said. Out of the closet popped Keith, buck naked, with a 10 incher pointe straight at her.

“Baby number 2 Lara, we have all day, Charlie is asleep I hope, and I’m off today. Now I know you like to be quick and to the point, so get undressed and bend over honey, Daddy’s home,” said Keith smiling and holding his big one.

Lara nearly feinted, what was the drive through doing. She went from a lonely single guy to a mom with a baby, and a husband that wanted to work on another. She didn’t even know this guy… but then it hit her. He looked so handsome, so hunky, so manly, so hard, and another baby for Charlie to play with sounded like a good idea. Lara followed her new urges, but didn’t bend over… yet. She flung off her clothes, seeing her somewhat pert boobs now up close, and of course her new wet equipment. She then lunged onto her knees and began to suck.

“Wow, honey, you never do that for me. Thanks babe, but this won’t get you pregnant, you need to just get me ready, and then I’ll get you from behind,” said Keith really turned on feeling his wife’s mouth around his hard member.

The new Lara couldn’t believe she was doing this, but he tasted divine, and she even deep throated that ten incher, like she had experience or something.

“I knew having a wife that used to be a hooker would pay off,” said Keith, making the new Lara realize that experience might have came from the new life she was given at the drive through, she now had the experience of a former hooker!

In a surprise move of horniness, Lara told “her” husband to invite his friends over, she wanted to do what she used to, what she used to in her new memories that were forming of a former life as a high priced prostitute! In her new memories she was a former hooker who only partnered with rich respectful handsome men, but with those memories came lots of sexual experience too, making her a diva in the bedroom now. Keith not opposed to swinging or group did it, but reluctantly saying he needed to be the one to get her pregnant not his buddies. She nodded in agreement, as she continued sucking while he was on the phone calling them. 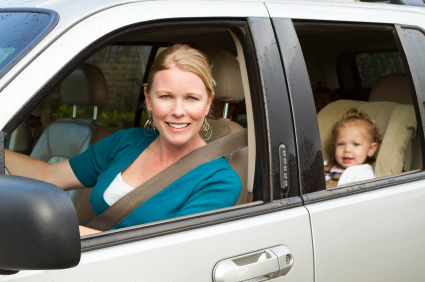