Warren was drunk one night and was on YouTube, and stumbled upon a video of a thicker girl, Kara, saying she was all natural and proud of it, happy the way she was.

Warrant just had to comment, “I’m not happy the way you are. Lose some weight thick girl I don’t want pushing for the cushion, you are a chunky piglet plain and simple, I bet pizza is your best friend, no doubt, along with ice cream sammiches!”

She seen the post and was infuriated, so she responded, “Listen up there buddy, what gives you the right to judge me? Judge me because I’m happy? Cut me down because of my body? How do you know if I even like pizza or ice cream ‘sammiches’?! What is your problem? You can’t win, and you can’t beat me, I’m happy with my body, are you happy with yours? You know the saying, if they don’t love themselves, how can they love others, and also if you can’t beat ’em join ’em! Since you don’t seem happy the way you are, and you can’t beat me, you can join me.”

That was the end of the post, and Warren replied before passing out drunk at the keyboard, “You flipping swine, I’m fine with myself, better than you probably, and I would never let myself get thick like you, I wouldn’t want to be a fatty or a soft cow like you are either!”

She got her grandma’s spell book from the attic, and chanted, she would teach this guy a lesson. When Warren woke up at the keyboard, he immediately noticed the long hair, and the huge soft boob weight now on his chest. He looked down he was in a tight turquoise top and blue plaid panties, he had huge breasts, wide hips, and was just thick all around. He was a she, and she was a chubby!

The look in the picture says it, as Warren seen his new reflection, horrified and in total shock at what was staring back. He was definitely a female, and a thick one, even thicker than the girl in the video! His boobs were tremendously large like big udders, and he was soft and squishy all over, he no she was what he could have called a soft cow! He screamed in the mirror as he tasted the cherry flavored lipstick now on his thick lips accented a face with perfect makeup on! He was no doubt a thick female, clothing makeup, and all!

As she looked around the room through her pretty new eyes, she seen the room was changed as well, more feminine, and the laptop she was commenting on was a hot pink now with bedazzling on the back! There were makeup products everywhere on the counter in the bathroom, and female clothes strung out where his male clothes were in his bedroom, along with a flat iron probably for that wavy hair he now had on her head. Then she checked the computer.

There was one more comment from Kara, “Good morning sunshine. Now you have joined us. Maybe you’ll be happier with yourself now, being a thick girl yourself like me, and treat others accordingly. I hope the best for you in life Wynona. Bye.”

Warren screamed, “Wynona!? Are you flipping serious right now? These jugs are so huge, they are in the way of me even typing on here. I can’t believe this! These nails are so long, how will I even type a comment back!”

Eventually Warren, now Wynona gave up, and closed the laptop, seeing it sparkle from the bedazzling, a female touch. Then her cell phone as she checked it had a text.

“Wynona baby, when are you going to get that fine pleasingly plump hot body over to my place. I haven’t seen you in awhile, after all you are my girlfriend. I’m going to stop by tonight, try to put on that tight red dress you like baby, I’d love to eye your thick curves in it, all night long. We are going to party, drink, and maybe you can dance like you did before and shake that nice large booty,” said the text.

It was from her apparent boyfriend Jerry? Her reality was turned upside down, and everyone she met that day that used to know her as Warren called her Wynona, and acted as if she had always been a girl! She didn’t know what she was going to do later when Jerry came over! All she knew was, she better accept who she was, she didn’t think she had much of a chance of getting changed back, as she was hoped for the best in life by Kara, implying this was permanent. More importantly the more minutes went by, the more she thought she looked decent and even good in fact, and why would she want to give this up? She was becoming happy with herself, and would soon treat other much better than she ever did as Warren. Love yourself then you can love others, and if you can’t beat them join them rang true in her head, she was beginning to love herself, and maybe ready to love others, and she had already joined the ranks of thick girls, not beating Kara in the online post argument they had earlier. The fact was she didn’t care, she was happy and that’s what mattered. 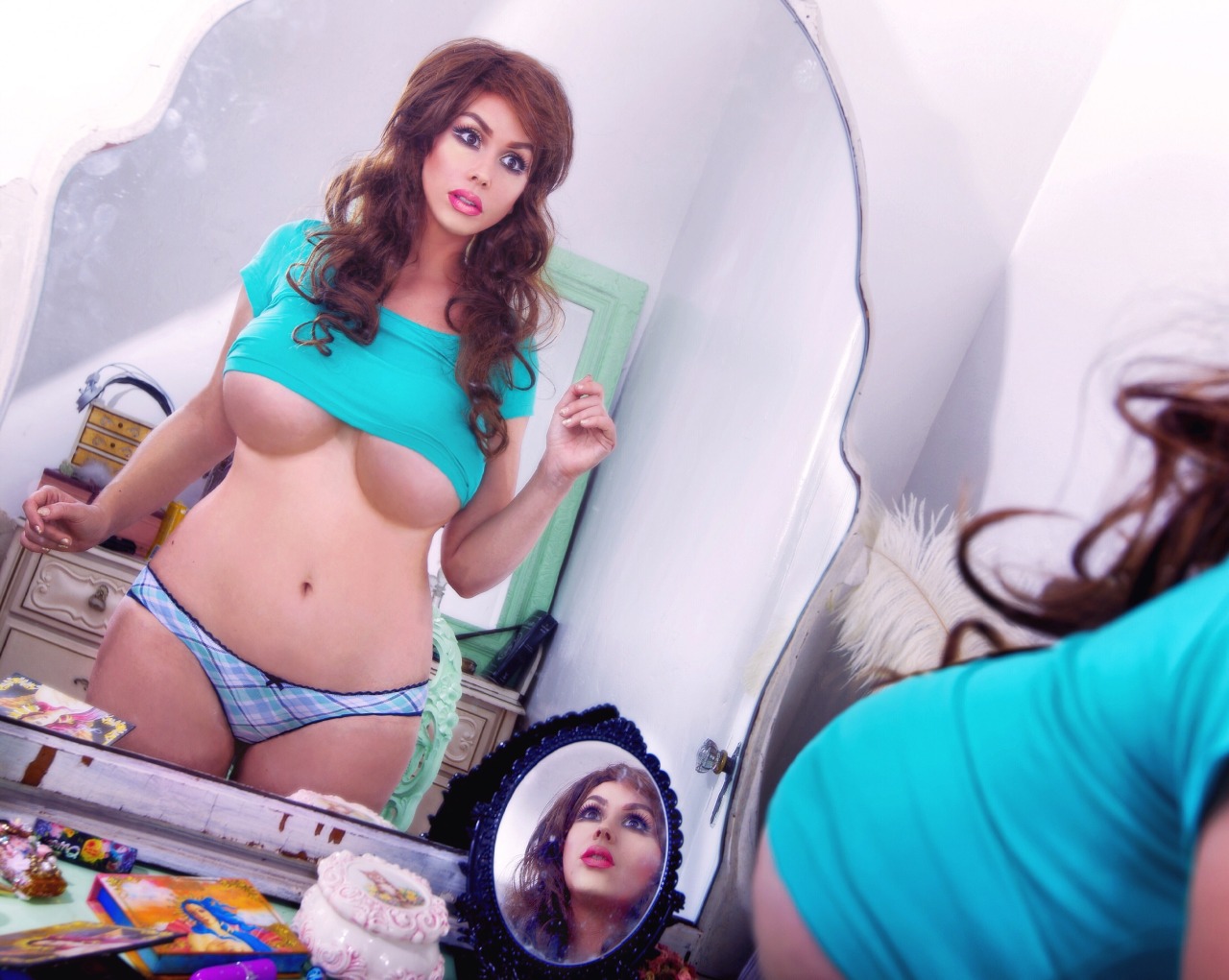